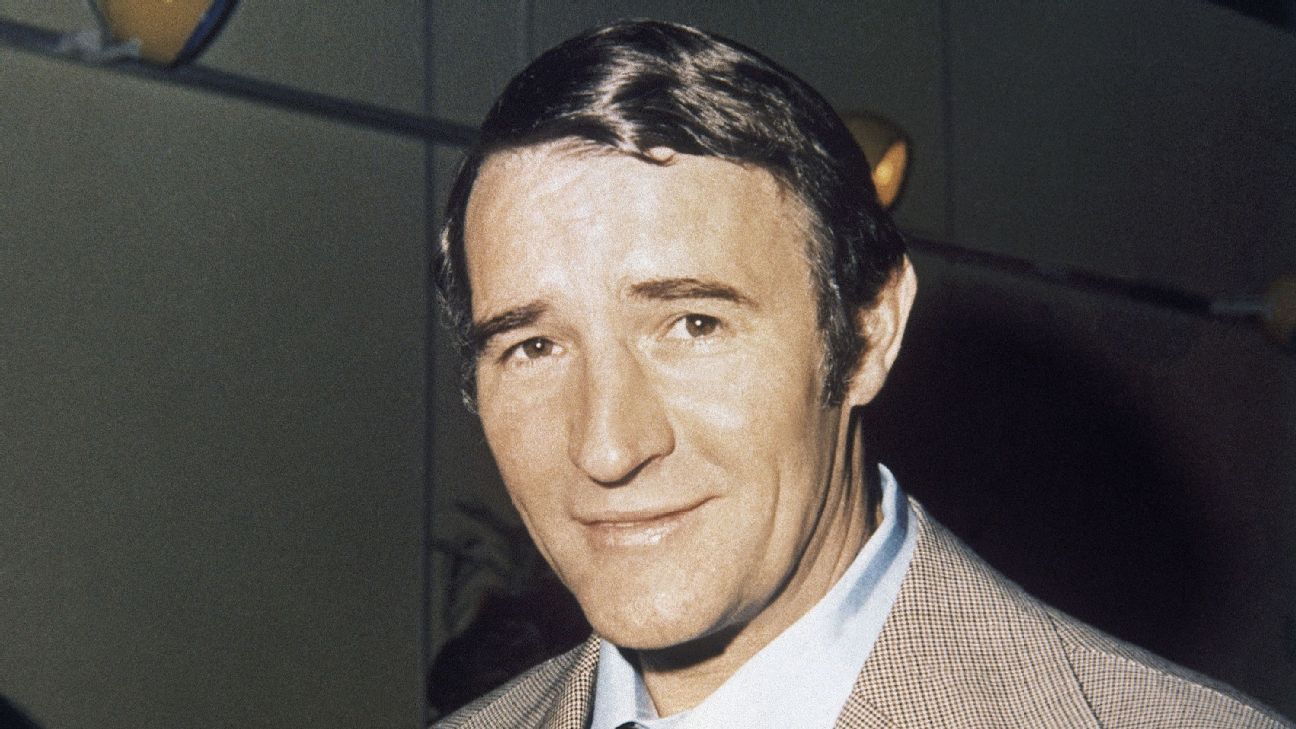 
If Manchester City’s current manager, Pep Guardiola, remains the focus of attention for many millions of football supporters who admire the cerebral ebb and flow of his tactical gymnastics, he is not the first wizard of the chalkboard to walk the corridors at City.

Ninety years ago to the day, Malcolm Allison was born and, after a truncated playing career at West Ham, where tuberculosis brought his career to a premature end, he took to management like the proverbial duck to water.

Allison had always been an aficionado of tactical analysis, chairing — as a player — enthusiastic talk-ins at Cassettari’s, a dreary formica-topped eatery a stone’s throw from the old Upton Park in East London. There his teach-ins, shuffling salt and pepper pots around the crowded table, would enthuse a wave of future coaching talent in the shape of Noel Cantwell, Ken Brown, John Bond, Phil Woosnam and Frank O’Farrell.

His love of the Hungarian national side of the mid-’50s held him out as a visionary in a period when few English coaches were looking beyond the end of their own noses for tactical inspiration.

It is almost impossible to understate the worth of this man to the development and linking of coaching finesse, acceptance and modification of continental European strategies, diet and well-being of athletes to the domestic English game. While most coaches were wearing trilbies and cooking omelettes, Allison strode the touchline in a fedora and sheepskin coat with a recipe book from La Gavroche. The Havana cigars and the omnipresent after-match bottle of Veuve Cliquot only served to make him more fascinating, more revered and more sexy.

What Arsene Wenger brought to mid-’90s Premier League England, Allison had been doing in 1968. Dance sessions, balance technique, dietary requirements, individual coaching for goalkeepers and for stamina, Allison had the lot on the menu at City in the late ’60s.

Allison brought entertainment, success and swashbuckling football to a Maine Road creaking and cracking, to a City bankrupt of ideas and bereft of hope. The club was hemorrhaging support by the week, a paltry number watching the infamous home match against Swindon Town in January 1965, when the club’s fortunes were at their lowest ebb.

By the time Allison teamed up with Joe Mercer, the black curtains were about to be drawn. Within months colour flooded back into the lifeless body and the sky blue half of the city awoke to a period of laughter and unbridled triumph. Allison brought in a new away kit: the iconic red and black stripes of Gianni Rivera’s Milan, he ushered in an era dripping with silverware, a dare and do mentality. The golden age that followed — a League title, an FA Cup win, a League Cup success and the capture of the European Cup Winners’ Cup — was owed entirely to Allison and Mercer.

A misunderstanding with Mercer about job titles and responsibilities led to the great partnership foundering in 1972, but Allison returned to Manchester in 1979, ready to foist a new set of ideas on his adoring public. Replacing a squad of internationally proven stars with expensive unknowns would be his undoing and he left City bankrupt and preparing for the drop into the second division for the first time since he had taken over the first time in 1965.

His days in England were coming to an end. Taking Crystal Palace down into the third division further sullied his grand reputation, but there was to be one last glorious chapter for Allison.

Interviewed for the vacancy at an increasingly desperate Sporting Clube de Portugal, Allison got the job and in 1981-82 set about resurrecting that grand old club’s reputation in one fell swoop. He would become the last coach to this day to carry Sporting to a league and cup double. He could do no wrong in the eyes of an adoring public at the cavernous bowl of the Estadio Jose Alvalade.

Sadly, his off-field fondness for the high life would bring his time in Lisbon to an abrupt close, but there would be one last chance for Allison to stamp his indelible mark of quality and uniqueness on the modern game.

Once more down on his luck, he was offered the post of coach at Vitória de Setubal, a club whose own fortunes matched Allison’s. Relegated to the Portuguese second tier, crowds were dwindling and optimism was thin on the ground. Allison dragged the club back into the big time with his own brand of fearless, technically adept football.

City fans may not like to hear it, but that young man, who went on to manage Porto, Chelsea, Internazionale, Real Madrid and now their arch rivals United with such arrogant aplomb has more than a little of Allison’s swagger and mischief about him.