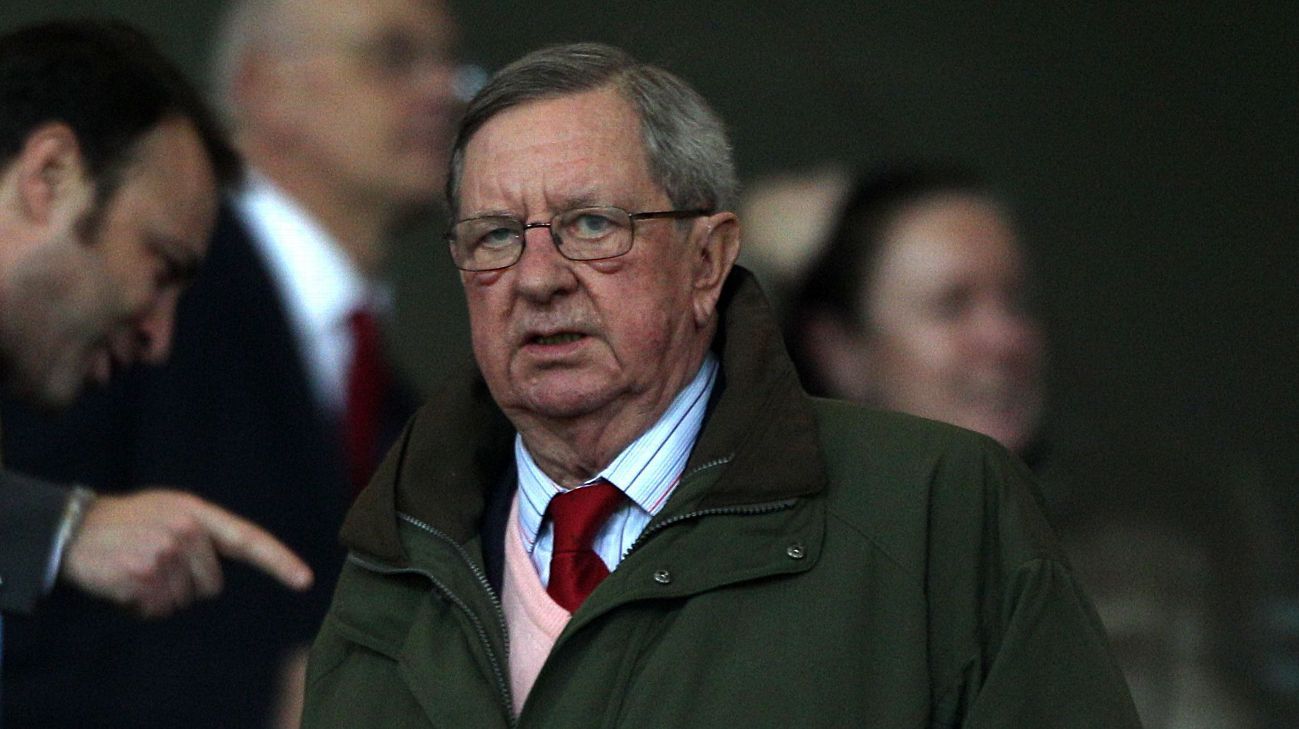 
Former Arsenal chairman Peter Hill-Wood has died at the age of 82, the club have announced.

Hill-Wood served as chairman for 31 years after taking over the post from his father, Denis Hill-Wood, in 1982. He stepped down because of health reasons in 2013, handing over to Chips Keswick.

“It is with deep regret that we announce the death of former chairman Peter Hill-Wood, at the age of 82,” Arsenal said in a statement. “During his time at the helm, the club enjoyed unparalleled success.

“Early in Peter’s tenure he presided over the appointment of George Graham as manager and a subsequent, trophy-laden spell that incorporated two league titles, the FA Cup, League Cup and European Cup Winners’ Cup.

“That success was followed by the remarkable era of Arsene Wenger, appointed by Peter and the board of directors to some surprise from the footballing world in 1996.”

While Hill-Wood was not in charge of any football operations as chairman, he helped oversee the move from Highbury to the Emirates Stadium. His family have been an integral part of Arsenal since the 1920s, with his grandfather Samuel Hill-Wood having also served as club chairman.

He was initially against Stan Kroenke’s takeover of the club, saying in 2007 that “we don’t need Kroenke’s money and we don’t want his sort.”

However, he ended up selling his last shares in the club to Kroenke, having previously allowed former vice-chairman David Dein to buy up most of his holdings.

“As we celebrate the unique achievement of 100 consecutive years in the top flight this season, the Hill-Wood family were at the helm for the lion’s share of this special century, a testament to their tenacity and judgment in ensuring we have remained a significant force in English football for so long,” Arsenal said. “Peter and his family’s influence on the club cannot be understated, but at this most difficult time for his family and friends, it is Peter the man who we remember with great fondness.

“Our thoughts are with his wife Sally and his children Sarah, Julian and Charles.”