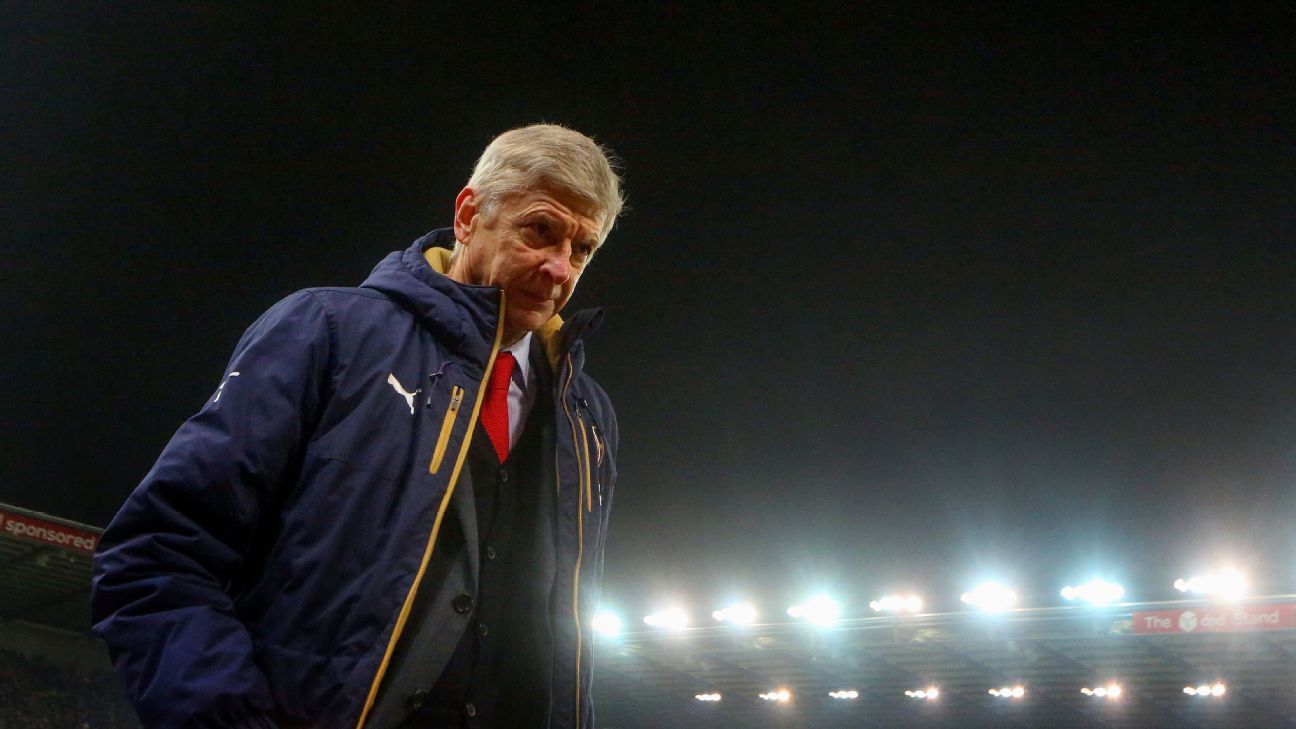 
Arsene Wenger may have signed a new contract last summer, but Arsenal still appear to be in a period of transition.

There’s an ongoing tussle over shares, two of their major stars in Mesut Ozil and Alexis Sanchez appear to be leaving and now there’s talk of a significant boardroom appointment.

Marc Overmars is the latest name to be linked a new role as a sporting director. The stories suggest he could be due to arrive at the end of the season — however, that could be too late for Arsenal. Wenger needs executive support right away.

Arsenal, for their part, have yet to comment on the reports. Even so, to discuss hypothetically, it’s slightly surprising Wenger is willing to even entertain the idea of making this kind of appointment. “Sporting director” is the title Overmars goes by at Ajax, but in truth his role is almost identical to the director of football one of which Wenger is infamously suspicious. When Arsenal were linked bringing someone in to work alongside the manager back in May, he dismissed the idea out of hand.

However, Wenger’s apparent willingness to accept a new appointment appears to have hinged on one thing: the departure of Dick Law. Although regularly the butt of jokes among Arsenal fans, Law was one of Wenger’s most trusted lieutenants behind the scenes. A trained lawyer and skilful linguist, he headed up Arsenal’s negotiating team when it came to player retention and recruitment.

Law opted to return to America for family reasons shortly after the closure of the summer transfer window. His resignation was effective immediately. While Arsenal were of course willing to respect his wishes, it has left them temporarily in the lurch.

The end of the transfer window hardly represented a “job well done” for the Gunners. Their failure to tie up either the sale of Sanchez or the signing of Thomas Lemar from Monaco left them with a huge amount of work to do. Not only do Arsenal need to consider how they might replace Sanchez and Ozil (without a single penny of recompense as their contracts run down), but they also need to tie down the likes of Aaron Ramsey and Danny Welbeck to ensure they’re not left in such a precarious position again.

The appointment of Huss Fahmy, a contract specialist from Team Sky, was presumably made with this in mind. However, Fahmy was expected to work alongside Law. The American’s departure has seemingly given Wenger cause for reconsideration.

Overmars would certainly be an interesting candidate. Although not universally popular in Amsterdam, he has overseen the construction of an exciting Ajax team that reached the Europa League final in 2017. He was credited with a crucial role in discovering and recruiting the likes of Davinson Sanchez and Hakim Ziyech.

He would also arrive with an understanding of both Arsenal and English football culture. In the past, Wenger has been accused of being reluctant to bring former players back into the fold. If Overmars were to arrive, he’d join Per Mertesacker and Jens Lehmann in an increasingly familiar backroom team.

There’s also the tantalising prospect of Overmars luring Dennis Bergkamp back to London to consider. The pair have extended their excellent working relationship beyond their playing days, with Bergkamp serving as Ajax’s assistant manager. Arsenal fans would dearly love to see him find similar employment at London Colney.

However, if Overmars insists on waiting until the end of the season to decide his future, Arsenal may need to look elsewhere. They have already been heavily punished for delaying their deal-making. The window may be shut, but talks with the likes of Lemar, Ramsey and others ought to be ongoing.

If Wenger has finally recognised he needs help on that front, Arsenal must act quickly to provide the necessary support and avoid another disastrous summer.