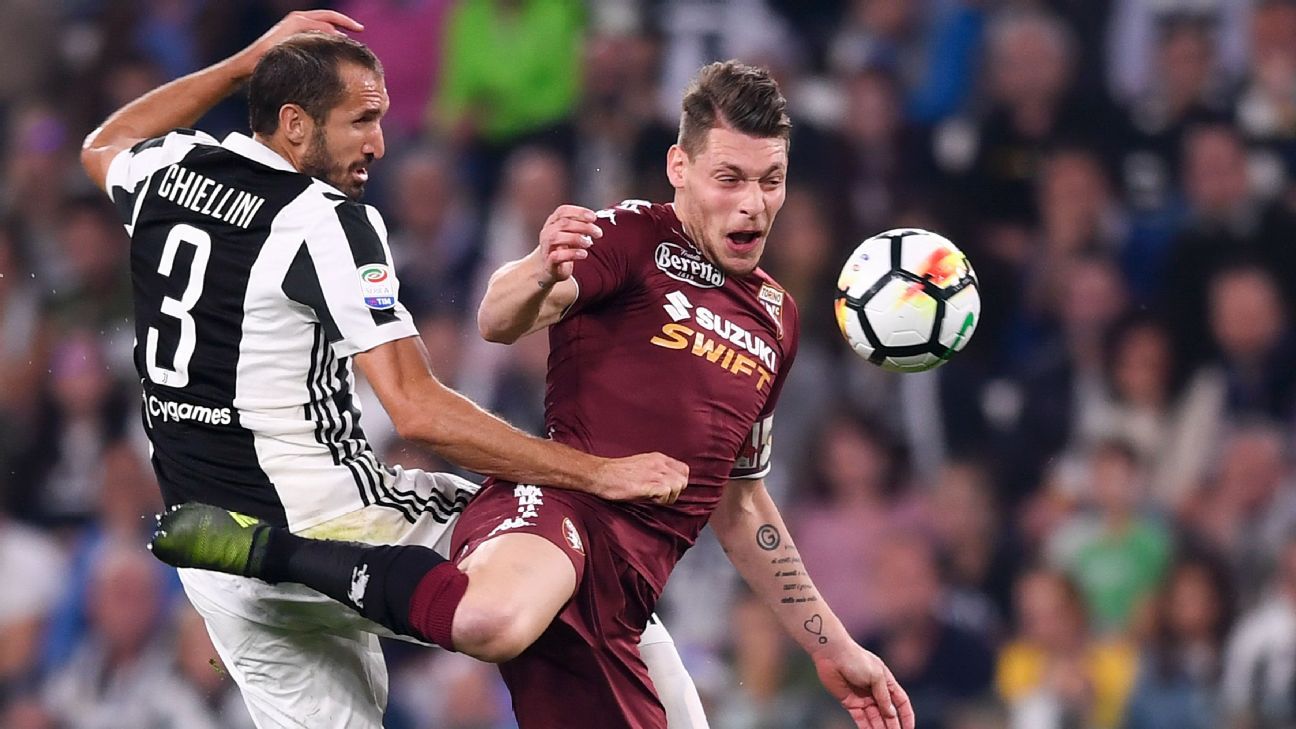 
The Alps in the background are snowcapped. A chill is in the air. It’s the time of year when sitting outside for a coffee isn’t for the faint-hearted in Turin. Most will stand at the bar. But a bicerin, the local speciality layering whole milk on top of an espresso and hot chocolate, is the perfect companion at this time of year, a winter warmer for those who fancy sitting outside Caffe Torino in Piazza San Carlo, watching the world go by and seeing how many people follow a little superstition that a lot of Torinesi feel compelled to observe when walking past this old institution.

Cast in gold in one of the paving stones outside the cafe is a bas relief of the taurina or “little bull,” the symbol of the city. Legend has it that if you stand on the poor thing’s, well, nether regions and do a little spin, it brings you luck. When derby week arrives in Turin — “the longest of the year,” says former Juventus midfielder Giuseppe Furino — the sight of someone performing this bizarre ritual is a frequent one.

This Saturday, Torino host Juventus in the derby (2.30 p.m., ESPN+) and you might say that Juve fans don’t need the luck right now. Backed by the FIAT money of the blue-blooded Agnelli family, the team, eight points clear in Serie A, is already closing in on its eighth league title in a row, which just so happens to be one more than Torino have won over the course of their entire history. Torino’s last was in 1976 and nostalgia for that success, for that time even when the title race regularly came down to the derby, is particularly strong after Gigi Radice, the innovative Total Football-influenced coach who masterminded that famous triumph, passed away last week.

You can start with what supporters of other clubs, not just Torino, call Juventus; “Gobbi,” or “hunchbacks.” Back in the 1950s, Juve’s shirts weren’t the figure-hugging, tapered garments of today. They wore a baggy V-neck and when the wind blew, air would get trapped under their collars, making the 10 outfield players look like they were running around Notre Dame shouting Esmerelda rather than kicking around a football pitch. Ultimately, the derogatory name stuck because rubbing a hunchback’s back supposedly brought luck and the perception that fortune favoured Juventus dies hard.

Torino, on the other hand, have a history marked by tragedy and grave misfortune. On a hill overlooking Turin is the Basilica di Superga, where a plane carrying arguably the greatest Italian football team of all-time, the Grande Torino, crashed on May 4, 1949. While covering the funeral, one of Italy’s most famous journalists Indro Montanelli managed to capture the idea that the spirit of the team lives on and is an abiding presence in everything Torino do, a shadow that follows them around even to this day.

“The heroes are always immortal in the eyes of those who believe,” he wrote. “And as such, the kids believe Torino are not dead. They are only playing away from home.”

In the meantime, the current Torino side train at the regenerated Filadelfia, the ground where the Grande Torino played and whose walls — in the words of former midfielder Eraldo Pecci — “sweat with history.” Saturday’s derby will be hosted in a stadium recently named in their honour, a tragic and defining moment in the club’s identity that goes a long way to explaining the fatalism of this fanbase.

So too does the case of Gigi Meroni. Think about it: when one of your most talented players, an eccentric winger often compared with George Best who, in an odd coincidence shared the same surname as one of the pilots in the Superga air disaster, is run over and killed, aged 24, by a guy who’d later become the club’s president, you can understand the mindset.

A week after Meroni’s death, Torino won the derby 4-0. It remains their biggest-ever win over Juventus. Nestor Combin, one of Meroni’s best friends scored a hat-trick and the final goal came from Alberto Carelli, the player who inherited his No.7 shirt.

Tough luck has struck Torino too often but as that game in October 1967 shows, it has never left them resigned when it comes to Juventus. That notion was challenged when they went two decades without a win in the Mole between 1995 and 2015, forced to listen to people like Antonio Conte saying Juventus measured themselves against Inter and Milan, not Fiorentina and Torino, who treat games against the Bianconeri are the games of the year. The newspaper cutting of that never gets old, nor does it fail to provoke a reaction.

Historically, the Turin derbies are full-blooded affairs famous for Paolo Pulici wiping his dirty boots on a black and white flag, Gustavo Giagnoni, fed up of Franco Causio’s trash talking, knocking him out cold with a right hander, Pasquale “the Animal” Bruno needing to be separated from the referee after a red card and, in the same game, Roberto “Rambo” Policano kicking Pierluigi Casiraghi in the face — studs-first.

Of late, Torino have been too pumped up in these games, with Adem Ljajic and Afriyie Acquah receiving their marching orders far too early for the game to stay delicately poised. Emotions have got the better of them perhaps because the derby means that little bit more to the Granata. It’s become commonplace for them to look at Juventus in much the same way Manchester City used to see United: one as the true team of the city, the other as a national phenomenon.

One Turin household in particular, though, is split 50/50. Leonardo Bonucci’s two boys are on either side of this divide with Mattia rooting for his dad’s team, Juventus, and Lorenzo declaring himself for Torino and idolising Andrea Belotti, the striker his papa is tasked with stopping this weekend.

Saturday’s game has a lot riding on it for the Toro. Not only would they dearly love to become the first team to inflict defeat on Juventus in Serie A this season, ending a repeat of their “Invincibles” of 2011-12, but a win would keep them on track for a place in Europe. Torino are sixth at the moment, which is not only in line with the club’s ambition, but a fair reflection of the money invested in transfers and wages over the last couple of years.

“Torino is passion,” Belotti told Sky this week. “Juventus are a dreadnought. Our CR7 is the team and winning the derby would be the best Christmas present for all of us.”

You know what? It’s probably top of Lorenzo Bonucci’s list, too.