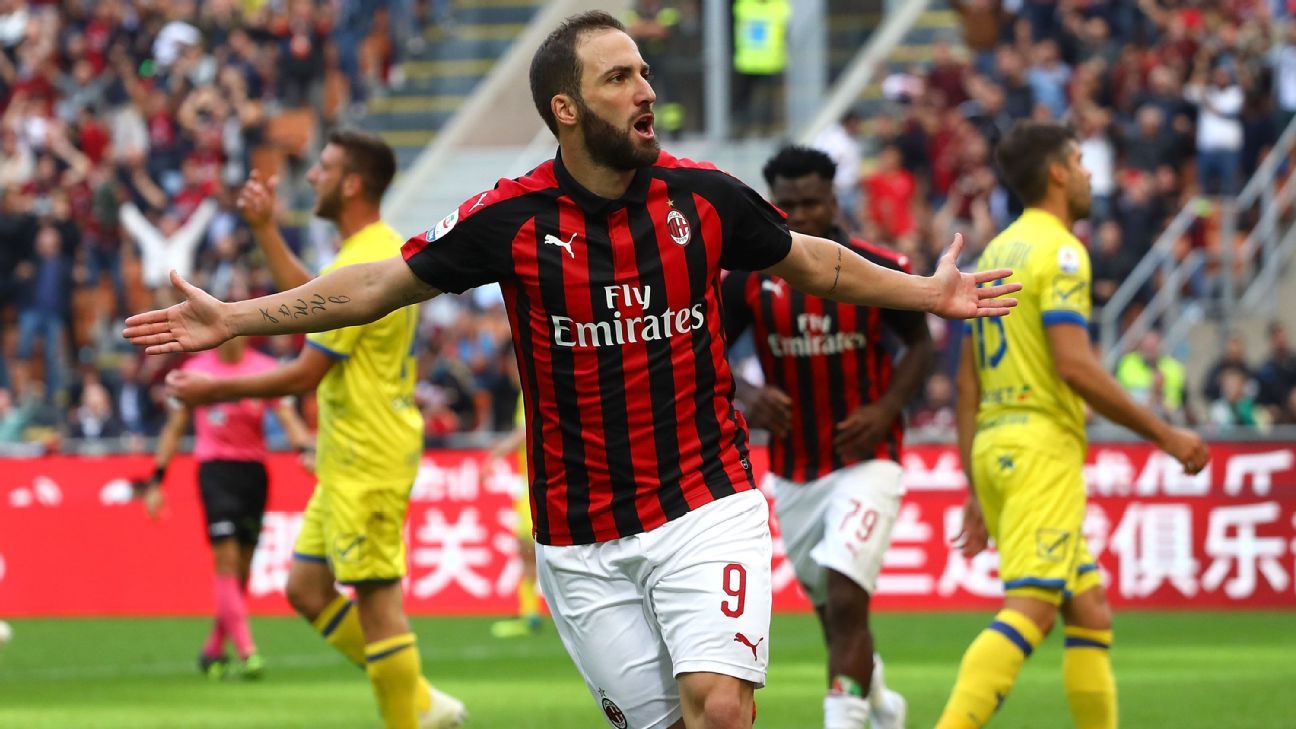 Southerly winds have blown fumes caused by the burning of rubbish you shouldn’t be burning into Milan’s well-to-do neighbourhoods, and the city’s residents are asking questions about what they’re breathing in and whether it’s poisonous. Only one topic is helping to shift conversation and divert attention among the chattering classes out by the canal in Navigli, the bars in Brera and the arcades of the Galleria: Sunday’s eagerly anticipated Derby della Madonnina (Sunday, 2.30pm ET, ESPN+).

One reason for that is the growing confidence among the calcio cognoscenti that its two protagonists are starting to see the light again after too long in the darkness. This is perhaps the first derby since 2012, a year in which Milan sold Zlatan Ibrahimovic and Thiago Silva to Paris Saint-Germain and Inter’s treble winners faded, that both teams are perceived to have the kind of quality worthy of the history and tradition of this rivalry.

It’s premature to talk about restoration to its former glory, of course. In fact, the economic stratification of football over the past decade has been so pronounced one wonders if it’s even possible. Nevertheless, it does feel that the instability and dysfunction characteristic of Inter and Milan over the past six years — with three owners each and 16 coaching changes between them — is thankfully over and normal service starting to resume.

The shift in perceptions reached a tipping point over the summer as Inter returned to the Champions League for the first time in six years and Elliott, the American hedge fund, repossessed Milan, appointing Leonardo and Paolo Maldini to run the sporting side of the club while ousting former owner Li Yonghong after he missed a recapitalisation payment. All of a sudden, the Milanesi have a renewed sense of credibility.

In Inter’s case, the passivity of Erick Thohir has been replaced by Suning pumping in half a billion euros to modernise the club, revalue the brand and grow revenues. With Milan, the mysterious Li and the doubts regarding his personal fortune have been redressed by the intervention of Elliott, whose profile and trustworthiness not only were enough to bring about reinstatement to the Europa League but also convinced Maldini to accept Leonardo’s offer, ending his apparent exile and returning him into the fold.

Maldini’s decision in particular represents a huge endorsement of the new project and signals an end to the “House of Cards”-style politicking, the creative differences and the confusion — as incarnated by Li’s tenure and the time Barbara Berlusconi and Adriano Galliani both covered the role of Milan’s chief executive — all of which turned him off returning.

Inter have had their own issues, with Suning initially taking advice from those who helped them get Jiangsu (the company’s Chinese Super League club) off the ground and the appointment as a sporting director for Suning Sports of Walter Sabatini, who has since resigned, in parallel with Piero Ausilio, who does the same job for Inter. The €125.5 million wasted on Gabigol, Joao Mario, Geoffrey Kondogbia and Dalbert continues to haunt Appiano Gentile, but greater clarity does seem to come in the form of Luciano Spalletti, who knows exactly what he wants — a reunion with Radja Nainggolan, please — and the presence of the owner’s son, Steven Zhang, on the ground in Milan.

Hopeful of exiting their settlement agreement with UEFA next summer, Inter have a head start on Milan, but looking at the way Leonardo and Maldini are operating, it doesn’t feel like it’ll be long before the Rossoneri are back in the Champions League.

In Gonzalo Higuain, Leonardo delivered the No. 9 Milan have been missing since the retirement of Pippo Inzaghi. By trading Leonardo Bonucci for Mattia Caldara, a move that left Juventus deeply conflicted, he ensured the team has the defence seemingly set for the next decade, and the announcement last week of the signing of Lucas Paqueta from Flamengo felt like classic Leonardo, following in the tradition of the early swoops to beat the competition for Kaka and Alexandre Pato. The reported role of Kaka in the deal and Rino Gattuso’s continued knack of exceeding expectation in style and results again serve to reinforce the idea that Milan are Milan again.

Every team can be improved, but there is a sense with Milan’s clubs that, at least relative to the lay of the land and where they have been in recent years, they are as complete as they have been in a while. Inter, for instance, have three top centre-backs and are no longer as dependent on Mauro Icardi for goals now that the wingers and midfielders are chipping in. Milan have the centre-forward they were crying out for last season, boast a backline that could start for Italy and can deploy a blossoming Suso in the form of his life.

Make no mistake: there is still a lot of ground to make up, and Juventus remain in a league of their own. But it’s encouraging that, figuratively at least, the air in Milan is clearing, the toxicity is gone and, on the eve of the Madonnina, the future is apparently quite bright.