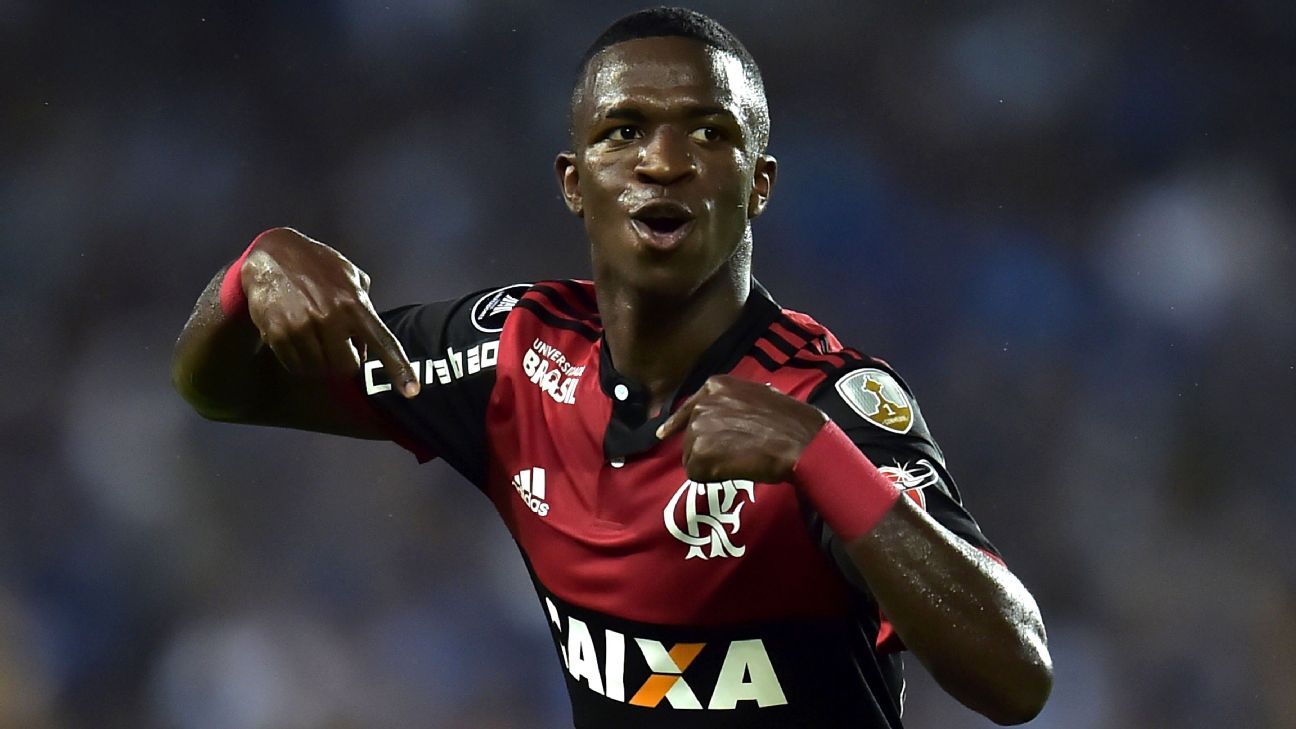 
Real Madrid rising star Vinicius Junior has revealed the reason he chose to sign with the Bernabeu club over fierce rivals Barcelona.

Last year, Real beat a number of suitors — including Barca — to sign a 16-year-old Vinicius for a record €45 million fee, despite the Brazil youth standout having never played a senior match with his club, Flamengo, at that point.

Considered the eventual heir to Neymar with the national team, the Rio de Janeiro native can not officially join Los Blancos until he turns 18 in mid-July, but he told ESPN Brazil on Wednesday why he selected the 13-time European champions over the Catalans.

“I chose Real Madrid because it’s the biggest club,” the forward told the outlet. “I’ve always chosen to play among the best, and with help from Marcelo and Casemiro, I made that choice.”

Asked how fellow Brazilians Marcelo and Casemito recruited him, Vinicius added: “They messaged me, called me … always saying that the best have to play with the best.

“I admire Marcelo a lot, and also Casemiro. I’ve always admired them both, I always followed them and now they helped me to choose Madrid, which so far has been great for me.”

At just 17, Vinicius has been a driving force behind Flamengo’s strong start to the season, scoring six goals and providing three assists in 11 league and Copa Libertadores matches thus far.

His decisive form has sparked discussion on whether he will join Real after his birthday this summer or remain with Flamengo — where he’s on loan — to continue his development.

“For me, it would be best to adapt as quickly as possible,” he said, when asked about going to Spain. “There, the dynamics of the game are different from Brazil.

“Everything Real Madrid has offered me, I’ll choose the best option together with my agent and Flamengo, not only thinking about the present but thinking ahead, on how much I’ll evolve and get the experience I need, whether it is here at Flamengo or leaving.”