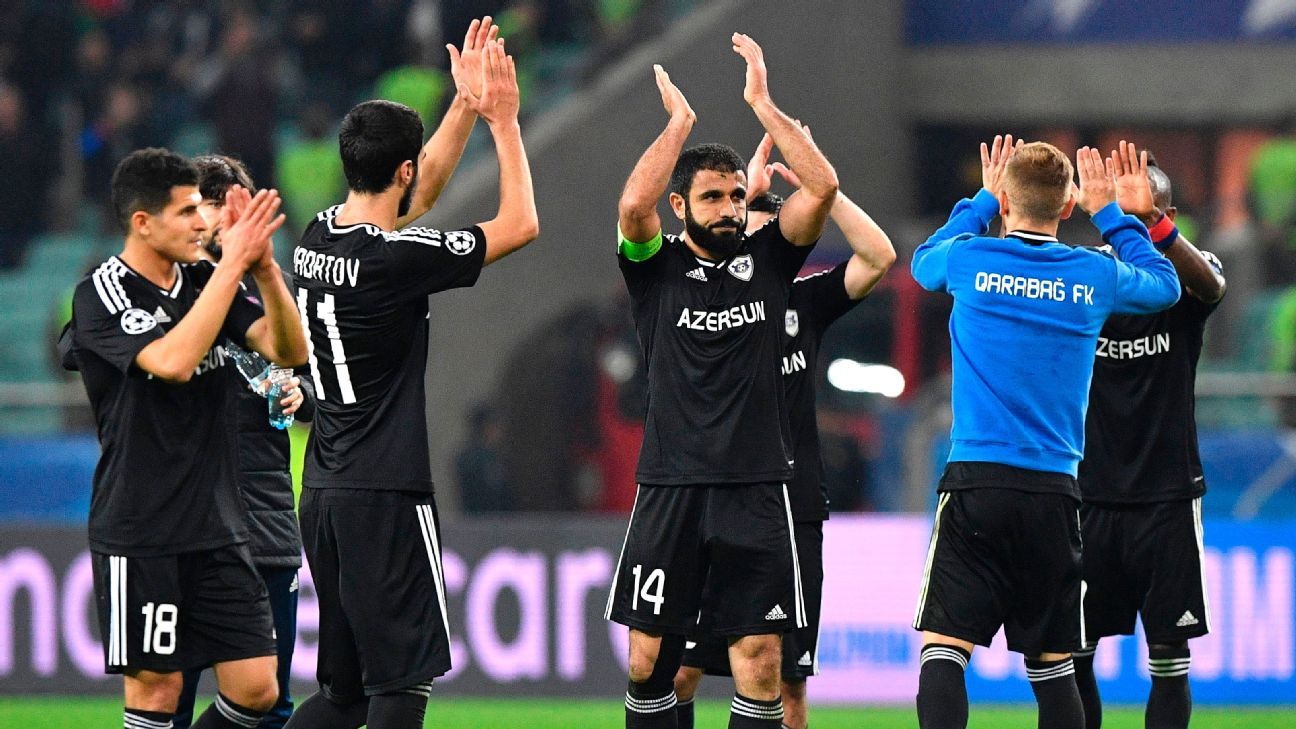 The Azerbaijanis, who were trounced 6-0 by Chelsea in the first round of Group C fixtures, battled their way to a 0-0 stalemate despite the second-half dismissal of striker Dino Ndlovu to leave the Spanish side struggling in third place.

Atletico enjoyed the better of the first half, but were unable to make the pressure tell with Yannick Carrasco, Saul and Antoine Griezmann all forcing saves from Sehic and Jose Gimenez stabbing a shot just wide five minutes before the break.

As they continued to frustrate the visitors, the Azerbaijanis grew in confidence and Atletico keeper Jan Oblak had to field Richard Almeida’s curling 63rd-minute effort from distance before Pedro Henrique screwed a close-range effort wide seconds later.

Ndlovu was booked for the second time for diving with 15 minutes remaining and after Griezmann blasted wide deep into stoppage time, Qarabag held out.