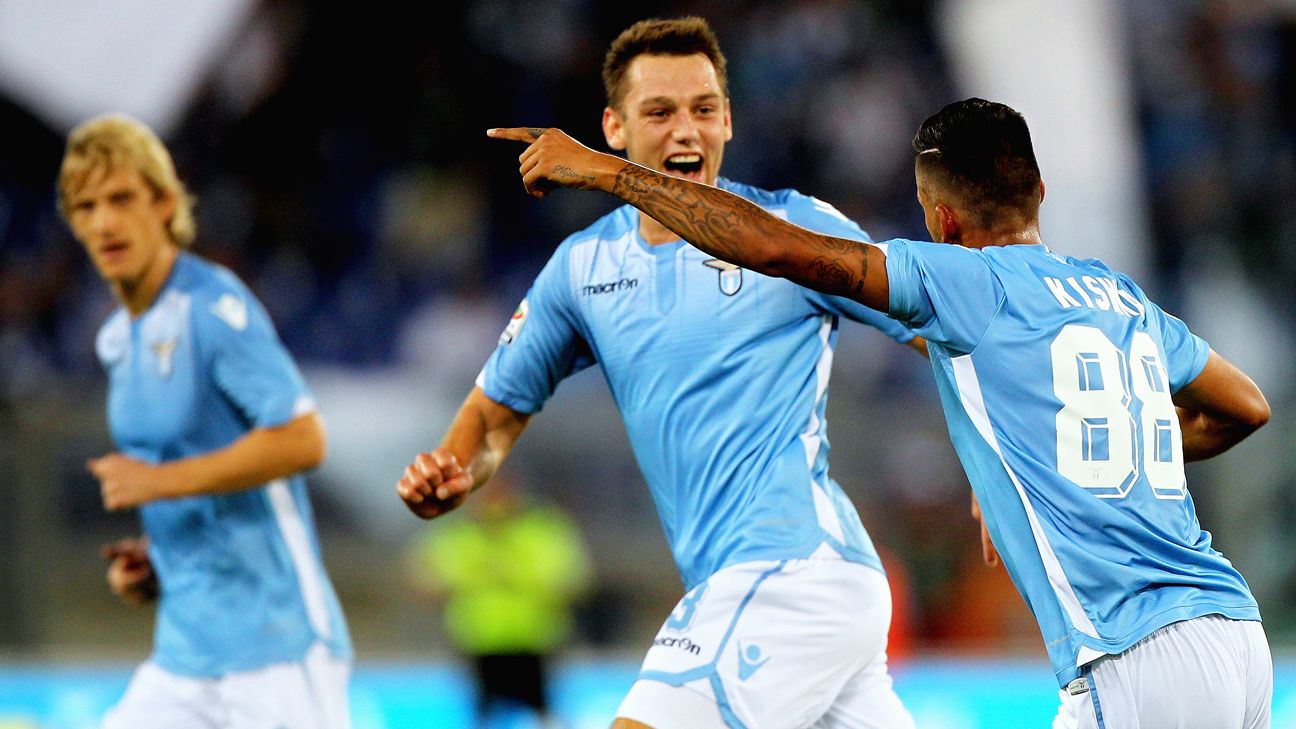 
With Manchester United, Chelsea, Liverpool and Inter Milan all linked with a move for Lazio’s Stefan de Vrij, who will leave Lazio as a free agent in the summer, here are five things to know about the €35 million-rated defender.

1. He rose at a very young age

Born on Feb. 5, 1992, in Ouderkerk aan den IJssel, Netherlands, De Vrij started out at amateur club VV Spirit, where he plied his trade as a midfielder for five years. After participating in Feyenoord’s talent recruitment day in 2002 at the age of 10, he was invited back for training and featured in a friendly, after which he was offered a place in the club’s academy.

There, further qualities in addition to his excellent distribution of the ball were noted and he was transformed into a defender, initially a right full-back. After debuting in the Eredivisie at the age of 17, he became the Dutch club’s youngest ever captain in 2012 under the tutelage of Ronald Koeman. He made 154 appearances for the Rotterdam club before joining Lazio for a reported fee of €8.5m in 2014.

Before captaining his club, De Vrij was part of the Dutch Under-17 side which were beaten in the final by hosts Germany at the 2009 UEFA European U-17 Championship.

Prior to the final, Dutch captain Oguzhan Ozyakup gave the lowdown on his teammates to UEFA.com, and this is what he had to say of De Vrij: “Try to get past him! I’m certain the Germany strikers are going to have a hard time in the final. Stefan is a very good header of the ball and has also a very good long pass.”

After a successful first season with the Biancocelesti, during which he made 35 appearances, in November 2015, De Vrij underwent surgery on a serious knee injury he had picked up two months earlier while on international duty with the Netherlands.

The initial damage sustained in a 1-0 Euro 2016 qualifying defeat to Iceland was overseen, with the player managing a further 45 minutes in the 3-0 loss to Turkey just three days later before raising the white flag. A layoff of six months was forecast when he did finally go under the knife after more conservative attempts to treat the injury failed, but he ended up missing a total of 350 days before returning for Lazio’s 4-3 win at Atalanta on Aug. 21, 2016.

He represented his country at the 2014 World Cup, playing all seven games as the Oranje finished in third place, scoring in their 5-1 opening win over Spain which set the tone for a tournament in which the Netherlands were beaten only on penalties by Argentina in the semifinals.

To date, he has 33 caps for his country and has scored three goals, although he faces an uncertain future for his national team following the recent appointment of Koeman as head coach. Why? Koeman scrapped him of the Feyenoord captaincy in 2013 and gave the armband instead to Graziano Pelle, reportedly because the young defender had angered his coach by scheduling extra training sessions behind his back.

According to de Volkskrant, however, Koeman was just trying to shake his team up in the season’s run-in and put the more experience Italian in the spotlight, thus “relieving De Vrij of some pressure.”

5. He’s a fan favourite at Lazio

A petition was launched on change.org in January for Lazio to tie De Vrij down with a new contract. As of Feb. 20, 2,758 people had signed — still quite a ways short of the target of 5,000, and with few likely to sign up in the wake of Lazio sporting director Igli Tare’s announcement that their contract offer is being withdrawn.

Why petition for him to stay? “It’s a perfect chemistry which must not be ruined,” said the motivation for the petition. “Stefan De Vrij is a cornerstone of this squad, one of our biggest champions and it would be a real shame if our paths were to divide, now that things are just starting to get interesting, which is why we, the Lazio fans, are calling on both club and player to make the effort, so that we can fly on together, without setting any limits.”