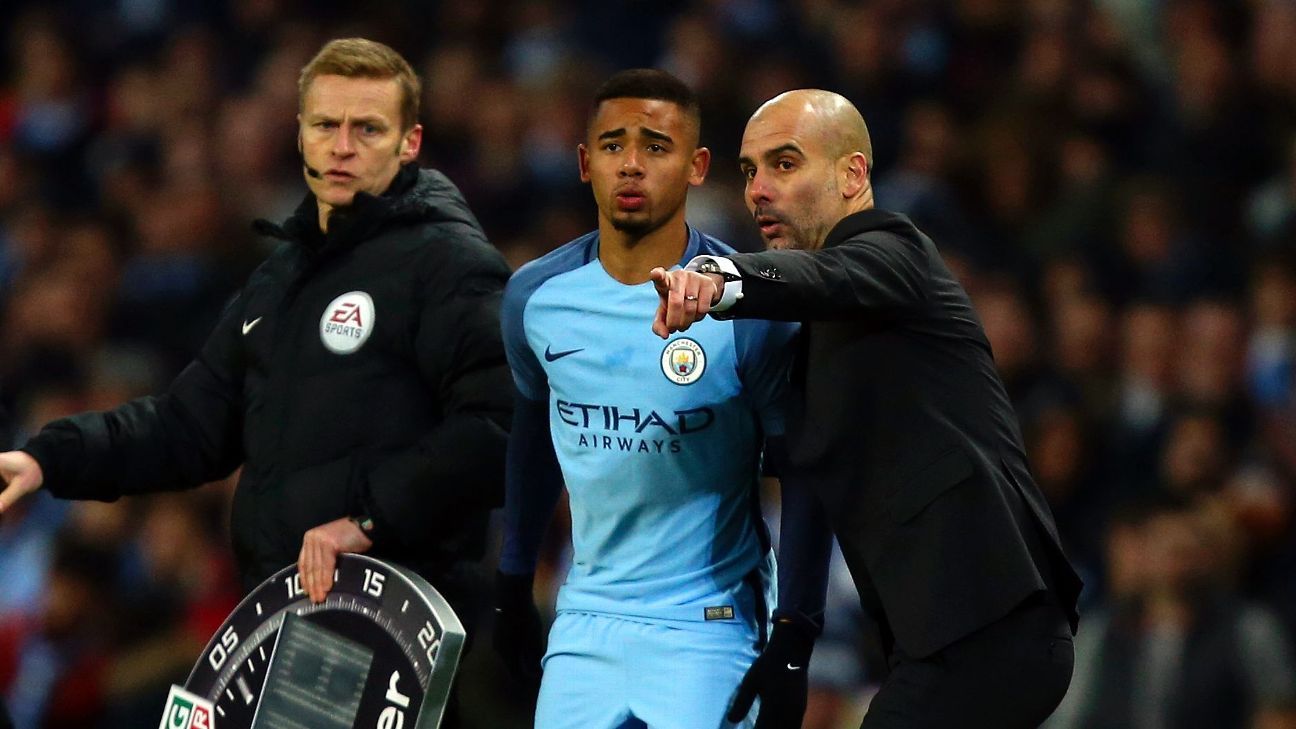 
Pep Guardiola has been honest in his appraisal since arriving at Manchester City a year ago, trying to bring a sense of realism about what he can achieve as manager.

Many believed he would instantly transform City into the best side on the planet following his incredible success at Barcelona and Bayern Munich. Guardiola has persistently tried to lower expectations and this week insisted it could take up to 10 years for City to be on the same level as Europe’s biggest clubs.

If any coach is capable of pulling it off, it’s Guardiola. And there are suggestions he might be tempted to extend his three-year stay at the Etihad Stadium to make more progress on the project. Here are five things that City must achieve for Guardiola to accomplish his goal:

Be the best in England

Guardiola spoke of Barcelona, Real Madrid, Bayern and Juventus as being the leading clubs that he is trying to emulate, and all have enjoyed incredible success in their own domestic leagues.

Barca and Real have a virtual duopoly in Spain, with one winning the title in 12 of the last 13 years. Juve, meanwhile, have won Serie A for the last six seasons and Bayern are just one behind with five straight Bundesliga successes.

City have been the most successful team in the Premier League this decade, with an average finish of 2.2 over the past seven seasons; Chelsea, Manchester United and Arsenal each averaged a finish of 3.7 in that span.

City are also the only club to finish in the Champions League each season but there is a sense that, despite having arguably the best squad — with players such as Sergio Aguero, Yaya Toure and David Silva among the best in the Premier League — they have underachieved. City have won the title twice this decade — the same as Chelsea and United — though they are the only side to have four top-two finishes.

It won’t be easy for City to monopolise England the way other European leagues are dominated. Adding in Tottenham and Liverpool, there are six genuine contenders for the Premier League. But City weren’t realistic challengers for the title in the last two campaigns and they need to compete every season — winning more than they lose — to become the undisputed best team in England.

Regularly finish in the latter stages of the Champions League

City chairman Khaldoon Al-Mubarak says their ultimate ambition is to win the Champions League. While it is possible to have a one-off incredible season and win the competition, as Liverpool did more than a decade ago, the winners generally reach the latter stages on a regular basis. Madrid haven’t missed out on the semifinals since 2010, Barca have reached at least the quarterfinals for the last 10 years and Bayern have done the same for the past six years.

Europe, however, has been a frustration for City. They have only gone beyond the round-of-16 once: the 2016 run to the semifinals. And while they have beaten the likes of Barca and Bayern in individual ties, there is still an inferiority complex that Guardiola must put right if they are to take their place among the continent’s elite clubs.

City have had some of the best players in the Premier League, yet strangely have never had a Player of the Year in the Premier League era, never mind a possible Ballon d’Or winner. While that might reflect badly on the judgment in England, City need to be seen to have the best players in the world in the way their rivals have, with the likes of Lionel Messi, Neymar, Cristiano Ronaldo and Manuel Neuer.

There is huge potential at City in Gabriel Jesus, Bernardo Silva and Leroy Sane, and they should all improve hugely under the tutelage of Guardiola.

Messi and Ronaldo have dominated the Ballon d’Or for the last nine years, but even they can’t go on forever. It would be a real statement from City if they could produce a winner and the first England-based player since Ronaldo won while with United in 2008.

Make the Academy a success

Guardiola can go some way to emulating Barca’s achievements by making a success of the club’s academy. There is undoubted talent in the youth ranks, but so far they haven’t filtered through to the first-team.

It is virtually impossible for City to regularly compete in England and Europe without a large squad, and they can copy the Catalan club by supplementing their first-team with promising youngsters. Guardiola has identified promising talent and they will attract even more if there is a clear route to his XI.

Change the narrative about City

Despite rivals spending outrageously on transfer fees and salary, City are still thought by some to only attract players through money. There is so much more on offer at the Etihad, not least the opportunity to work with possibly the best coach in the game in Guardiola.

He was instrumental in City beating the biggest clubs in Europe to the signing of Gabriel, and the more they can shift the focus away from Sheikh Mansour’s billions, the more they will be seen on a par with the likes of Barca, Real and Bayern.