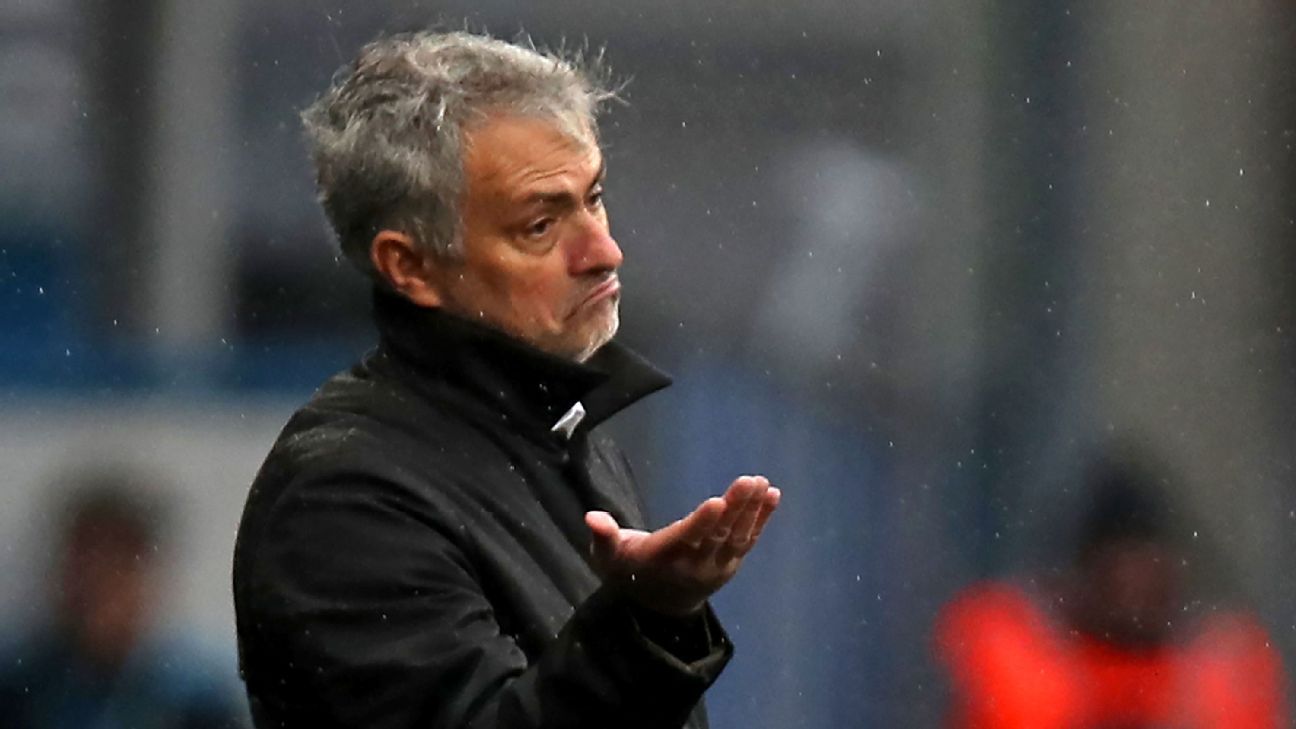 
Manchester United’s flying start to the season came to an abrupt end in the wind and rain at Huddersfield on Saturday.

A first defeat of the Premier League season left Jose Mourinho’s team five points behind Manchester City. Mourinho said afterwards that, while the result was bad, it was the “attitude” of his players that had disappointed him most.

It was telling that the United manager said it was the worst performance of his 15-month reign at Old Trafford and that he had seen more commitment from his team in friendly games.

It’s not all bad. United are still second in the table and victory over Tottenham at Old Trafford on Saturday will banish any memory of the John Smith’s stadium.

Still, there are issues that will have started to concern Mourinho. Here’s a look at five.

1. Injuries are a problem

Phil Jones is the latest to pick up an injury after he was forced off with a hip problem in the first half at Huddersfield. He didn’t look in too much pain as he boarded the team bus, and there is hope he might not be out for long.

Paul Pogba and Marouane Fellaini are bigger worries. There is still no date for either to return, and Pogba, in particular, is a big miss. Put simply, United don’t create as much when he is not in the team. Romelu Lukaku has looked increasingly isolated without the Frenchman flying forward from midfield.

Fortunately for Mourinho, Eric Bailly should be back in time to face Tottenham at the weekend.

Mourinho has built his attack around the Armenian this season, picking him as his preferred No.10. Mkhitaryan began the season with five assists in his first three games to equal a 23-year-old record for assists at the start of a Premier League campaign. But they have dried up.

Some fans will tell you he has struggled since the end of the last season. He looked way off the pace against Benfica in Lisbon and it was no great surprise that he was left on the bench at Huddersfield. Worryingly, he made very little impact when he came on at half-time.

He has the ability to win matches on his own. But on off days — and he has had a few recently — he gives the ball away a lot and gets bullied out of games. As the fulcrum of the attack, that’s concerning.

3. The early goals have stopped

United’s problem last season was that they couldn’t break down teams that were happy to sit in and defend. Burnley, Stoke, West Ham, Bournemouth and West Brom — all left Old Trafford with a point. This season, they have scored more goals. But often it has been by blitzing teams in the last 10 minutes after the opposition have decided to open up and have a go.

United, this season, have been very good at reacting to what the other team is doing. But when the onus has been on them to attack, they have not been able to show the same precision.

“They don’t really play with the same fluidity as Spurs or Man City,” said Huddersfield’s Tom Ince after their 2-1 win. “They build up quite slow.”

And therein lies the problem.

4. Away form a worry

It is hard to be too critical because if United had beaten Huddersfield, it would have marked their best start to a Premier League season. And their home form is the best in the league, having won four out of four without conceding a goal. But their away form is less impressive.

Since they swept aside Swansea at the Liberty Stadium in August, United have beaten Southampton, drawn with Stoke and lost to Huddersfield.

They had to battle for their 1-0 win at St Mary’s, and Mourinho rightly gave his players credit afterwards. But put under severe pressure against Stoke and Huddersfield — two teams that tried to hassle United out of their comfort zone — Mourinho’s team didn’t have an answer. It will only give more teams encouragement to do the same.

Defeat to Huddersfield was United’s first of the season, and nothing is won or lost in October. But the aim is to win the title and there will be a concern that, whether or not Mourinho wants to admit it, Pep Guardiola’s City look very good. They already have battered Liverpool, albeit with 10 men, and won at Chelsea.

United’s next two Premier League games are against Tottenham at Old Trafford and Chelsea at Stamford Bridge, and they could do with making a similar statement.