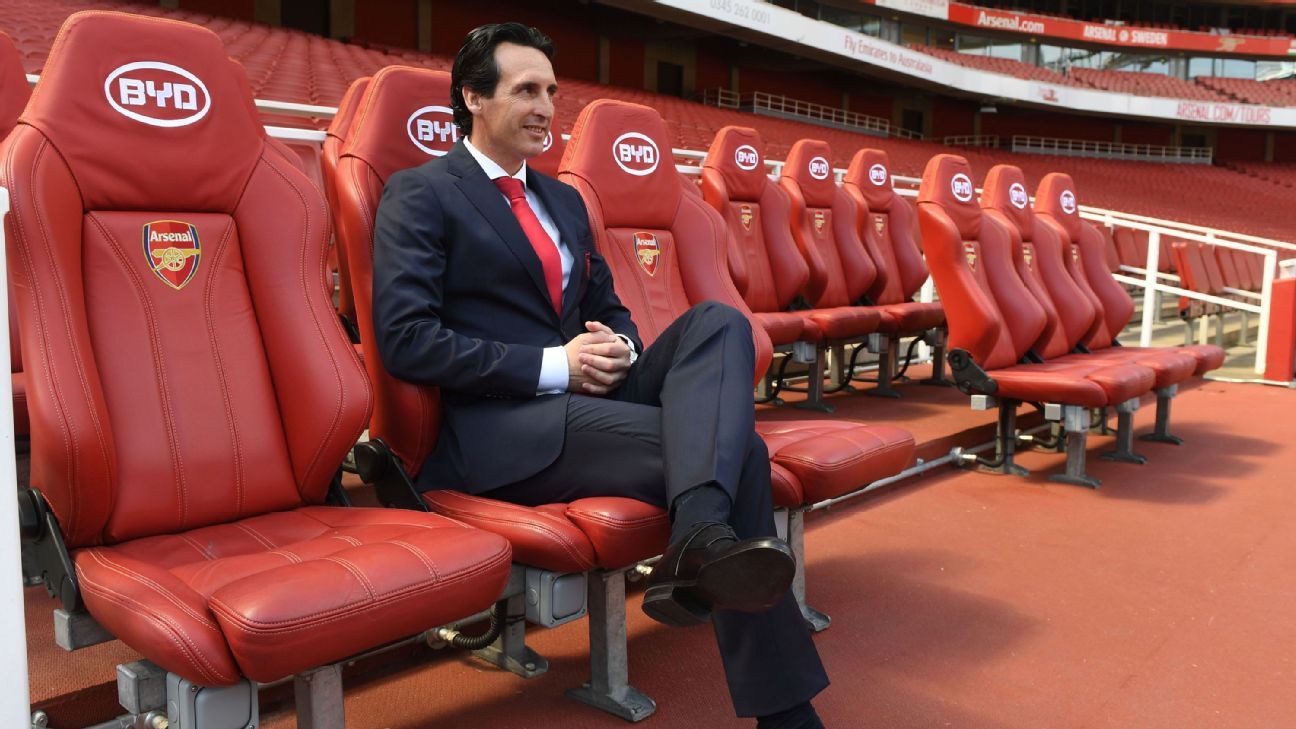 
Unai Emery takes charge of his first game as Arsenal head coach on Saturday when the team makes the short trip to Boreham Wood for their annual matchup against the National League side.

The two clubs have a long-standing relationship due to Boreham Wood’s close vicinity to the Gunners’ training ground in London Colney, with Arsenal’s women’s and youth teams regularly playing their matches at Meadow Park.

Arsene Wenger often fielded a lineup heavy with academy talent for this game in previous years, but Emery has said he will bring a strong team — possibly even including the likes of Pierre-Emerick Aubameyang, Alexandre Lacazette and Aaron Ramsey.

With Arsenal just two weeks into their preseason preparations, one probably shouldn’t draw too many conclusions from whatever team is used, but this game could still offer some hints of Emery’s vision. Here are five things to look for.

Which formation will be used?

One of the key questions ahead of this season is whether Emery will continue playing Wenger’s favoured 4-2-3-1 formation or whether he has a different system in mind. So regardless of which players are used, it will be interesting to see how the Gunners line up on Saturday. Emery often played a 4-3-3 at Paris Saint-Germain and might be tempted to try both before deciding on the way forward.

Who will wear the armband?

Emery said on Thursday that he will initially appoint “five captains” before deciding on who has the right personality to lead the club. Of course, only one player can wear the armband on the pitch, and Emery’s choice of captain for this game should be an indicator of who has impressed him early.

Obvious candidates would be Petr Cech and Ramsey, although if it’s a line-up heavy on youth then Emery’s options may be limited.

How do the newcomers slot in?

Emery will have three of his five summer signings available for this game — goalkeeper Bernd Leno, centre-back Sokratis Papastathopoulos and young midfielder Matteo Guendouzi. The latter only joined in training this week and may be unlikely to feature, but there’s a good chance Arsenal fans get their first look at Leno and Sokratis. Emery said he hasn’t picked a No. 1 yet between Leno and Cech, with David Ospina yet to come back after the World Cup, although he could also use this game to try out the candidates for the third-choice goalkeeper.

Which youngsters and fringe players will impress?

Under Wenger, there were usually one or two academy prospects who made a first-team breakthrough each year. Emery looks intent on continuing giving youth a chance, with a number of academy players having joined the first team in preseason training — including 17-year-old midfielder Emile Smith Rowe. Emery’s selection for this game could indicate which ones are closest to fighting for a place in the squad.

Also, players like Lucas Perez and Jeff Reine-Adelaide, who spent last year out on loan, could use a game like this to convince Emery that they should be in his plans.

How is the defence progressing?

It’s been clear from Arsenal’s transfer business that their No. 1 priority this summer has been to sort out the team’s defence. While Boreham Wood may not offer the biggest challenge, it’s still an opportunity to see whether Emery has already managed to get the back four more organised than they were under Wenger.

Emery’s choice of centre-backs could also be an indication of the current pecking order. Will he try to build a partnership between Sokratis and Shkodran Mustafi — the likely first-choice pair for the start of the season — or will he give younger players like Rob Holding and Konstantinos Mavropanos a chance to impress?