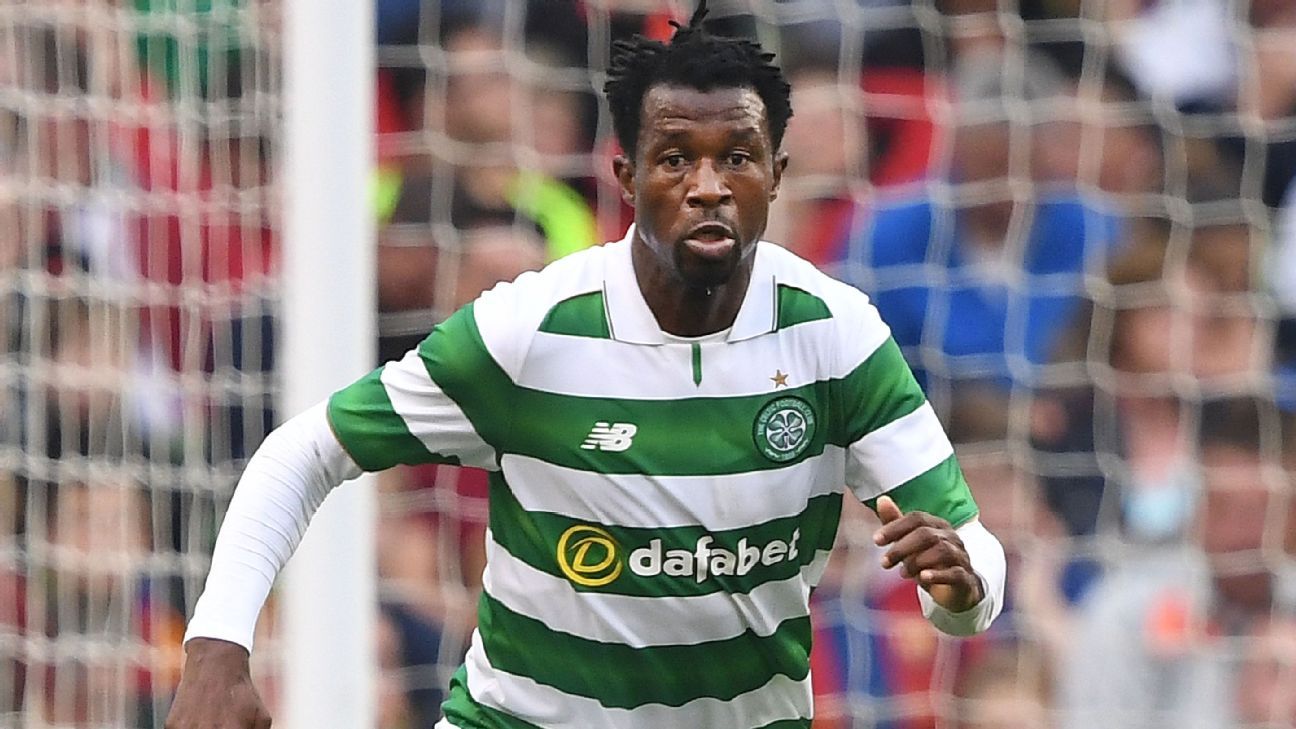 The Scottish top flight may not be a traditional hotbed of African talent, but this season, several of the continent’s stars can be found competing with some of the division’s top sides.

Here are five of the continent’s players to keep an eye on in the SPL this season.

Efe Ambrose: An Africa Cup of Nations winner with Nigeria in 2013, Ambrose has fallen out of favour with both club and country in recent seasons.

He was loaned out by Celtic to Hibernian earlier this year following a spell on the sidelines after being deemed surplus to requirements by Brendan Rodgers, and completed a permanent move to Edinburgh this summer.

Ambrose’s stock isn’t as high as it used to be, but the defender is still only 28, can play in a variety of positions, and offers valuable Champions League experience.

Could a good season in Scotland lead to a Super Eagles recall?

Olivier Ntcham: The Franco-Cameroonian midfielder was recruited from Manchester City for £4.5 million in a deal that represents a significant coup for the Hoops…particularly if the powerhouse realises his potential.

A stunning strike to down an organised Partick Thistle side on Friday evening was just a glimpse of his quality, and expect the 21-year-old to get even better when he finds his feet in Glasgow.

Eboue Kouassi will be keen to forget his maiden Celtic campaign in a hurry, as injury robbed him of the opportunity to make his mark on the Hoops faithful.

He signed a four-year deal when he joined from Krasnodar in January, and has time to make an impression, but the signing of Ntcham places a significant obstacle in his path.

Nonetheless, Rodgers still has faith that the Ivorian midfield general can emerge as the long-term replacement for Scott Brown, although a knee injury picked up against Kilmarnock in midweek suggests the West African’s fitness problems aren’t yet behind him.

Arnaud Djoum enjoyed a superb first campaign in international football last season, when he was integrated into the Cameroon squad by Hugo Broos as one of a swathe of new faces. Little was expected of the Indomitable Lions ahead of the Africa Cup of Nations in Gabon, but steadily the new faces gelled.

Djoum, who offers sharp passing and dynamism in the midfield, replaced Georges Mandjeck in the first team and played 90 minutes in the final as Egypt were defeated 2-1.

That experience, and the disappointing Confederations Cup campaign this summer, will stand him in good stead upon his return to Scottish football, where he’s beloved by Hearts fans.

Djoum recently told the local press that while he’s happy with life in Edinburgh, he’s keen to test himself in one of Europe’s major leagues one day.

Isma: Guinea-Bissau-born attacker Isma – real name Esmael Goncalves – represented Portugal’s youth teams earlier in his career, while a youngster with Boavista, but hasn’t made the progress expected of him in the intervening years.

Still only 26, his nomadic career has seem him represent sides in Cyprus, Greece and Saudi Arabia, but he scored seven goals in 15 SPL outings last term, and looks comfortably good enough to thrive in Scotland…if he settles.

Isma scored a consolation goal in the resounding defeat by Celtic on the opening weekend, and he has the quality to trouble any of the top flight’s defences.