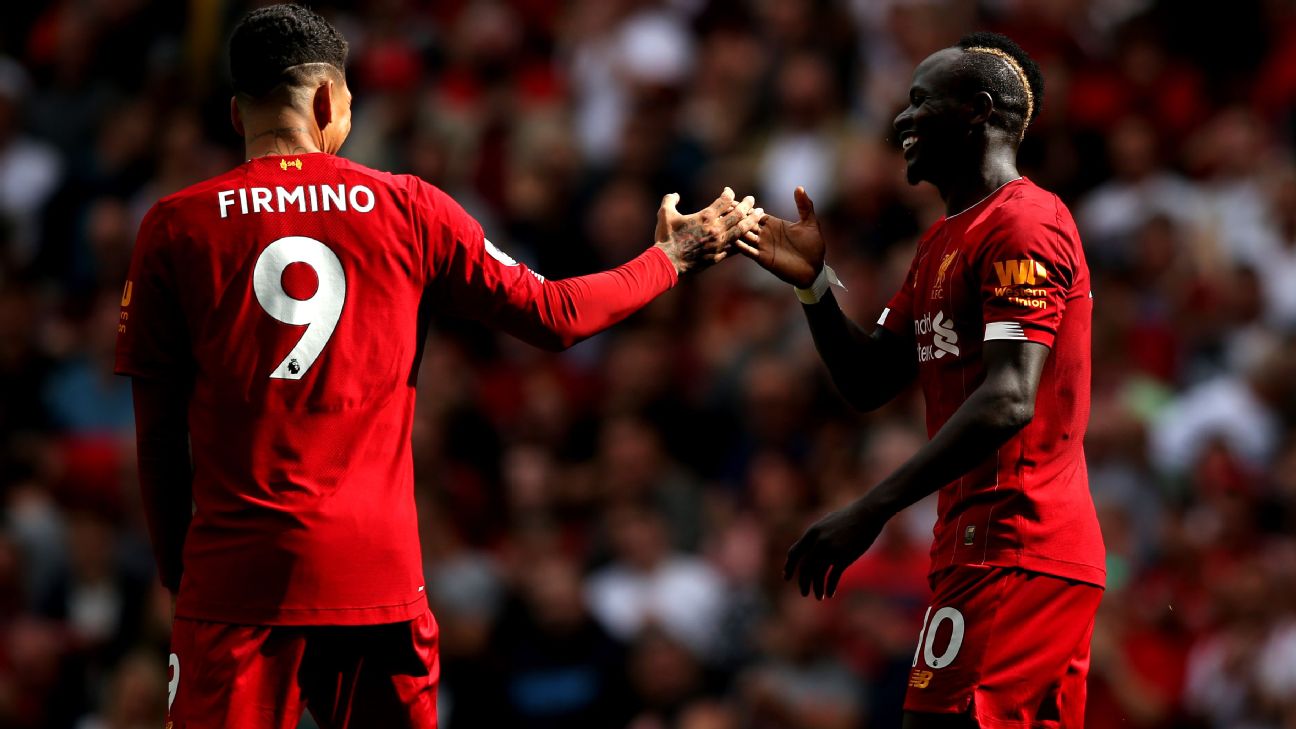 
Virgil van Dijk labelled him the greatest teammate he has played with. Jurgen Klopp doesn’t believe there is a match in world football for his “exceptional” combination of skill and effort. Andrew Robertson said he can “do it all” and Liverpool wouldn’t trade him for anyone.

If you were somehow still in the dark about the luminary qualities of Roberto Firmino, Liverpool’s 3-1 swatting away of Newcastle United  at Anfield on Saturday afternoon was the latest stage to illustrate the Brazil international’s brilliance.

He was introduced on 37 minutes owing to Divock Origi suffering a twisted ankle, but was comfortably — and strikingly — man of the match.

Firmino did not score, but came off the bench to conjure Liverpool’s second and third goals for Sadio Mane and Mohamed Salah, respectively.

He would have started Saturday’s encounter but for his international exertions with Brazil. He only returned to Melwood late on Thursday following lengthy travel, which makes his showing all the more special.

“I was close to singing Bobby’s song,” Klopp told LFCTV. “We knew that he could he play, he was only rested because of the trip he had. Brazil were in Miami and LA and they [Firmino and Fabinho] only arrived back on Thursday night.

“What Bobby did on the pitch was phenomenal.”

The 27-year-old managed to not just change the game, but inject joie de vivre into it. Liverpool started sluggishly, and seven minutes in Christian Atsu was afforded the time and space to find Jetro Willems, who sold Trent Alexander-Arnold with a drop of the shoulder before directing a stunning finish into the top-right corner.

The hosts began to shake off their slumber with 20 minutes on the clock as Robertson set the tempo on the left flank. Most of Liverpool’s play funnelled through him, but the European champions struggled to create much of note against Newcastle’s low block.

Klopp turned to the crowd in the Main Stand and the Kop, lifting his arms to rouse them before pointing to his watch and imploring his side’s fans to wake up.

On the pitch, his team were finally starting to trouble Newcastle and should have had a penalty when Jamaal Lascelles‘ arm was across Joel Matip‘s neck from a corner, which impeded the centre-back from winning a header cleanly.

Referee Andre Marriner wasn’t interested and neither was the video assistant referee. There was a check and VAR’s high bar for intervention in the Premier League is clearly so elevated that no one can see it or even be sure that it exists. It was a lucky escape for Newcastle.

“The fourth official told me they reviewed it,” Klopp said. “Was I surprised it was still not a penalty? Yes. For me it was a clear penalty. As long as we win, it does not become a big issue. If we lose 1-0, then it’s a different conversation. But it was a penalty, you cannot fight like this for a ball. We don’t need VAR for these decisions. It is clear, you blow for it and we take the ball to the spot.”

Mane then took matters into his own hands. Robertson got the assist he deserved when he powered into the box and laid the ball off for the Senegal ace, who opened his body and postmarked the ball into the top-right corner.

Mane’s second wasn’t as exquisite, but it was just as important. Firmino had entered the fray and it was at this juncture that Newcastle’s abysmal league record at Anfield was destined to stretch to 24 matches without a win.

Their manager, Steve Bruce, admitted as much postmatch when he said the game filtered away from his side with the “introduction of Firmino.” He added: “His movement and the way he plays — Liverpool are as good as there is with him in that position.”

The Brazilian’s first act was to lift possession off Atsu in midfield before supplying a lovely pass down the inside-right channel that Mane chased as goalkeeper Martin Dubravka came to claim it, but failed. The ball bounced to Mane, who tapped in to put Liverpool in the lead.

Firmino’s movement was mesmeric, typically creating space for those around him to prosper. His quick thinking, fast feet and invention were just the tools to demolish Newcastle.

On 72 minutes, these attributes were evident when Salah picked up possession on the right and drifted inside to feed Firmino, whose back was to goal on the edge of the box. Liverpool’s No. 9 produced a no-look backheel flick for the Egypt star to wonderfully finish past Dubravka.

Firmino finished the game with two assists, four key passes and countless magic moments that left the home fans swooning, but his greatest gifts are unquantifiable.

He is selfless and possesses the attributes of a midfielder, the flair of a traditional playmaker and revels in his role — to borrow Klopp’s description — as Liverpool’s “first defender.”

The manager had no need to galvanise the crowd again once he made that first substitution, and while a sun-soaked Anfield may not be the norm on a Saturday afternoon, Firmino provided the predictable by being unplayable.

“He is a very important player for all of us,” Van Dijk said afterward. “He is making life difficult for any defender in the world. He is so good, and I am very happy that he plays for my team.”