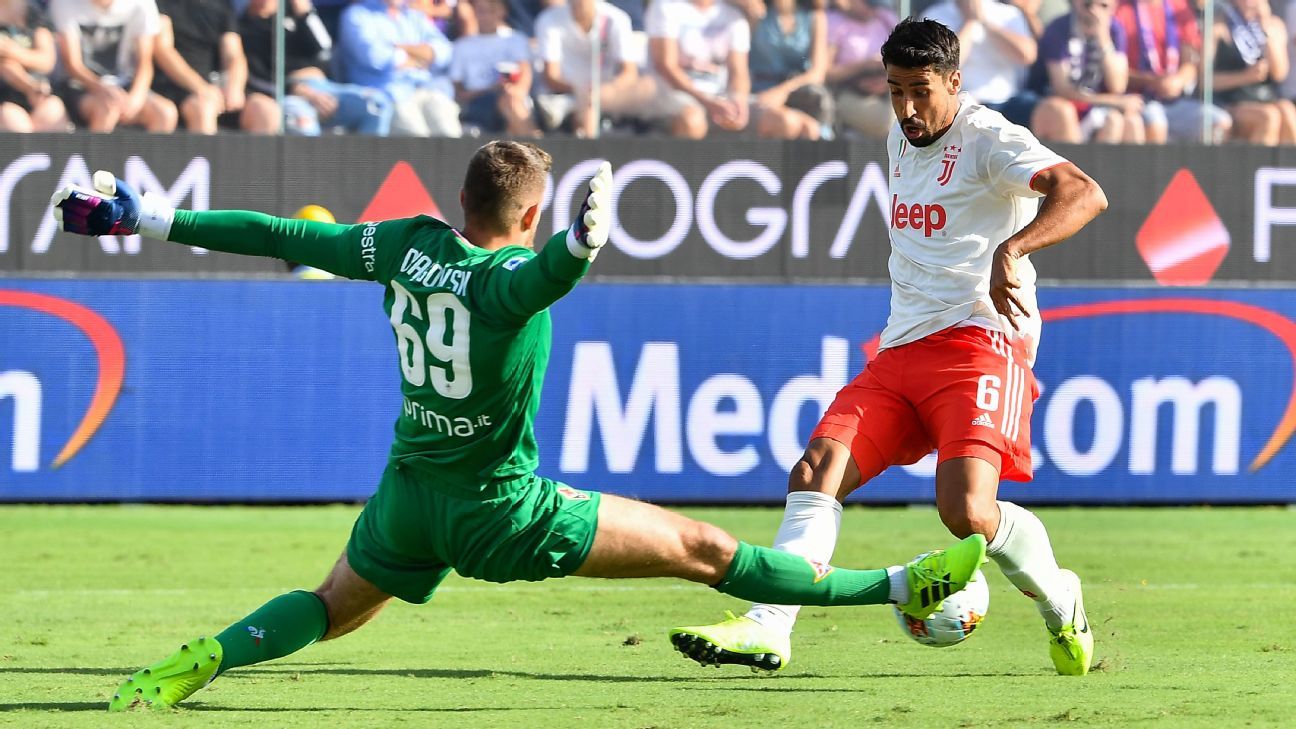 
Fiorentina were left to rue missed chances after holding Juventus to a 0-0 Serie A draw in Florence on Saturday to end the champions’ perfect start to the season.

Juve arrived at the Stadio Artemio Franchi having won their opening two games and were heavy favourites against a Fiorentina side on zero points and a 16-match winless league run.

Franck Ribery impressed on his first start for the hosts as they created the better chances, but a lack of clinical finishing from Vincenzo Montella’s men helped Juve escape with a point.

“I am proud, because the team had two and a half games at a great level so far this season against some very tough opposition, so that means we can fight it out with anyone,” Montella told Sky Sport Italia.

“Unfortunately, when we have 10-15 shots on goal and don’t score, that is disappointing. I think Florence will be proud of us today, a win would’ve been the icing on the cake, but we are on the right track.”

Juventus are top of the standings with seven points but could surrender the lead to Inter Milan or Torino before the end of the weekend, while Fiorentina are 16th after collecting their first point of the campaign.

The draw extended Fiorentina’s run of Serie A games without a victory to 17, their worst run in the competition since 1970-71.

Montella changed tack after seeing his side lose their opening two league games against Napoli and Genoa, changing to a 3-5-2 formation and asking his players to aggressively press high up the pitch.

Juve struggled with the tactic early on as Fiorentina forward Federico Chiesa closed down goalkeeper Wojciech Szczesny’s clearance only for it to rebound over the bar. The Pole then scrambled to perform a last-ditch tackle on Ribery following a slack pass from Matthijs de Ligt.

Ribery and Chiesa had efforts saved by Szczesny before Dalbert’s back post header was pushed wide by the goalkeeper as the hosts pushed to take a first-half lead.

Maurizio Sarri, who was in the dugout for the first time as Juventus coach in Serie A after recovering from pneumonia, was left cursing his luck as Douglas Costa, Miralem Pjanic and Danilo were all forced off with injury problems.

“We didn’t put in a good quality performance, it was a very complicated situation, as Fiorentina played well and we used up all our substitutions with injuries and had no more fresh legs to introduce,” he said.

“With all those variables, we did well in terms of character to get a point out of it. We lost possession too many times, which may also be a consequence of physical issues. Playing in mid-afternoon in Florence when it’s realistically still summer is tough for everyone.”

The home side continued to look the more likely after the break but couldn’t break through as Dalbert‘s volley was pushed away, Gaetano Castrovilli sliced wide and Nikola Milenkovic headed straight at the goalkeeper.