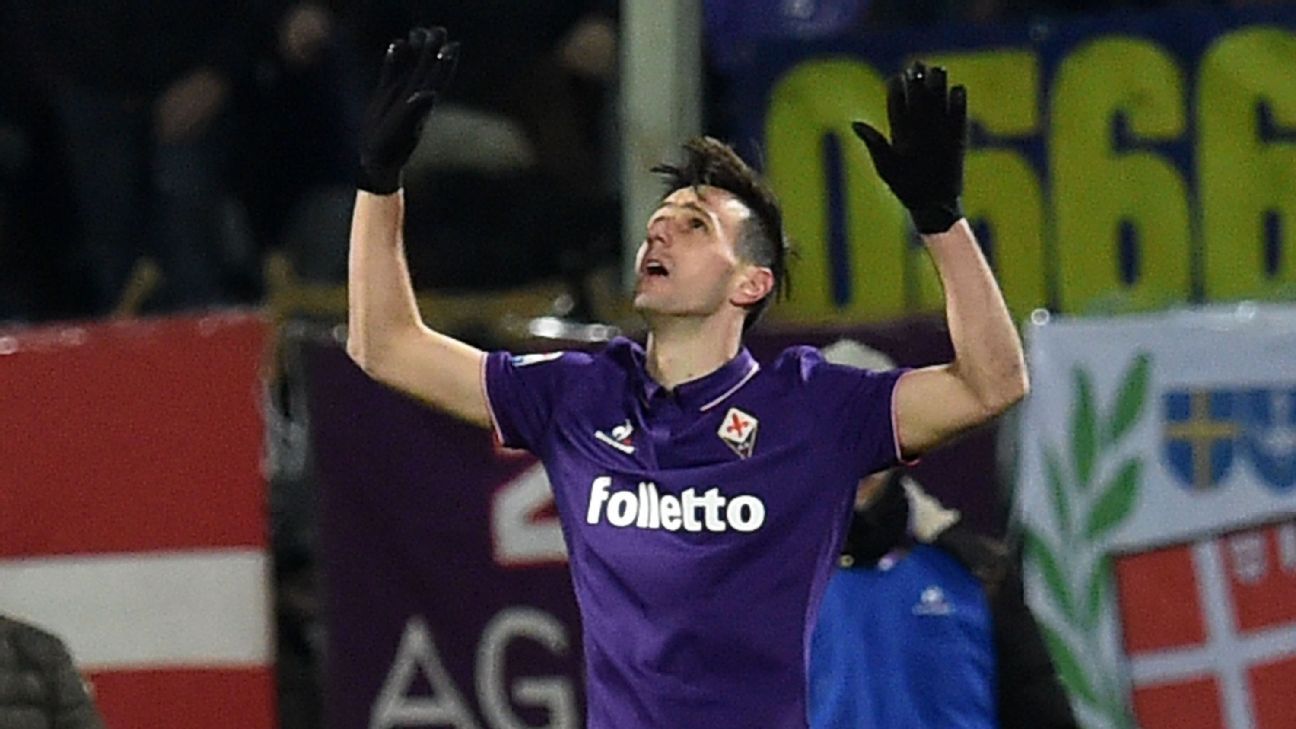 
Nikola Kalinic will undergo a medical after AC Milan all but confirmed his signing from Fiorentina on Sunday.

Milan published a tweet on Sunday bearing the initials NK with the background changing from Fiorentina’s colours to black and red, accompanied by the words “Welcome to AC Milan.”

He was photographed on Monday morning arriving for his medical at the Madonnina clinic in Milan, with Tuttomercatoweb quoting him saying he was “delighted” to have arrived, having spent the past few days mulling over his future and not training in Florence.

The 29-year-old Croatian forward will become Milan’s 11th and potentially last signing of this summer’s transfer window, with the search for another forward likely to be halted by the performances of Italy under-19 forward Patrick Cutrone.

Cutrone was on target in Milan’s 3-0 win at Crotone on the opening day of the new Serie A season, and coach Vincenzo Montella said afterwards he was taking him off the market as a result.

“We have decided to keep him with us,” Montella told Milan TV. “Last year he improved a lot playing with me, and this summer he has impressed me and now we are seeing the results.

“He is performing well but he has to keep calm because the toughest part is about to start: the pressure of being an AC Milan player, the media attention, which I wish wasn’t as overwhelming. He needs to remain calm.”

Montella also pleaded for calm from the Milan fans after his team hit the ground running following a lively summer on the transfer market, which has raised expectation levels.

“We’ll now play in Europe. We have to take advantage of every game to improve and try to be in our best shape soon,” he said. “We have our objectives and we have incentives to reach them. I’m happy with the team that we’ve built — we’ve got plenty of interesting youngsters — but I didn’t like the way we tried to finish the game in the first half and then rest in the second half. We’ve got work to do.”

Milan travel to Shkendija for the second leg of their Europa League playoff tie with a comfortable 6-0 advantage from the first leg that should see them ease into Friday’s draw for the group stage.

They will then return to Serie A action with their first home game of the season against Cagliari, with a sizeable crowd to be expected at the San Siro after registering over 50,000 and 40,000 for their two Europa League qualifying matches, and with the prospect of seeing Kalinic make his debut.