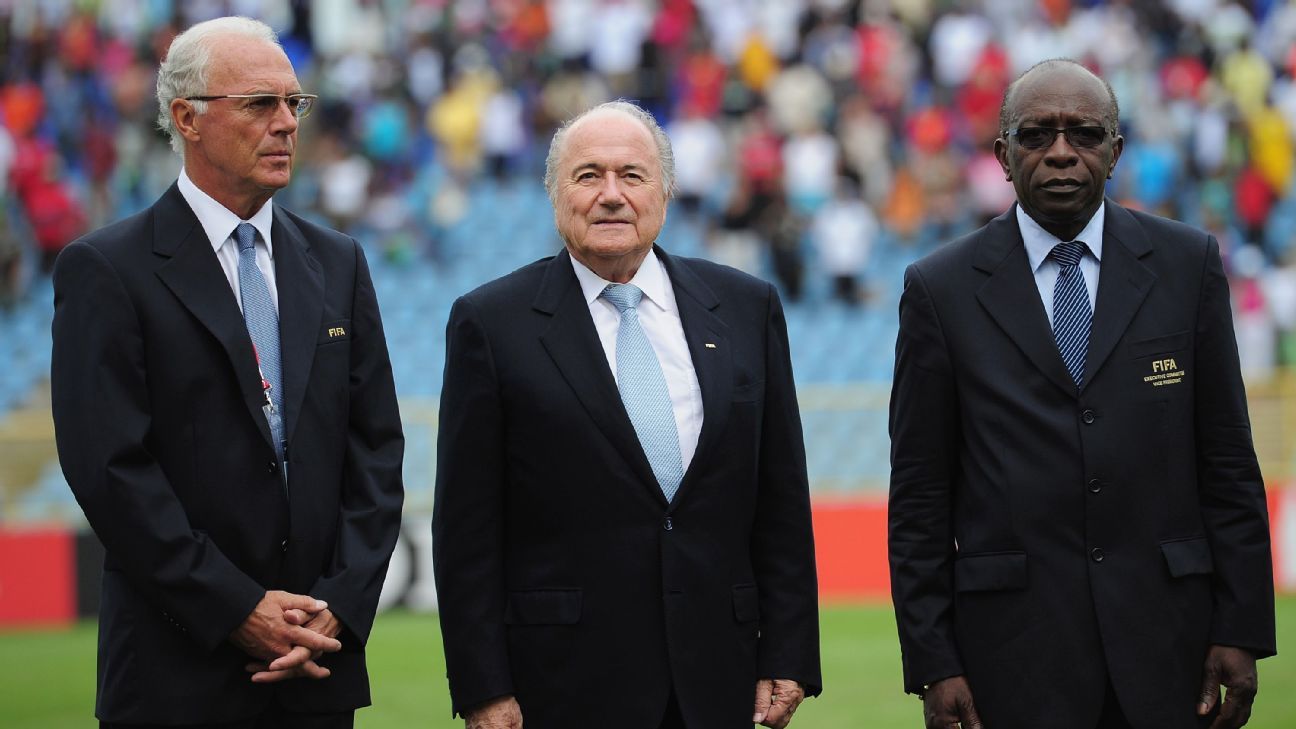 
The Garcia report, released in full by by FIFA on Tuesday, might not have contained any sensational allegations that could endanger Russia 2018 and Qatar 2022, but it does shed light on the chronic culture of corruption and cronyism that afflicted the race to secure the right to host the two tournaments.

From demands for lavish hotels to jobs for friends, ESPN FC takes a detailed look at some of the brazen details documented by Garcia, which tell a bigger picture of how world football’s governing body has operated and the manner in which some of its executive committee members conducted themselves when it came to voting on who stages the World Cup.

The report provides details of a lunch meeting between members of the Australia 2022 bid team and former FIFA executive committee member Jack Warner in a Chinese restaurant in Port of Spain, Trinidad.

An Australian official told Garcia that Warner left shortly after eating and his associates then demanded US $5 million for the construction of new football facilities; with the money to be paid before the vote to decide who hosts the 2022 World Cup. The Australians agreed to cough up an initial AU $500,000 (US $300,000) and provide the rest in early 2011, after the vote. The Garcia report concludes: “The record provides significant evidence that the AU $500,000 was paid with the intention of influencing Mr Warner’s World Cup vote.”

FIFA banned Warner for life from football activities in September 2015. He has denied all allegations of wrongdoing and is currently fighting extradition to the United States where he faces corruption charges in the FBI inquiry into world football’s governing body.

Warner sent a series of emails to high-ranking members of the England 2018 bid team, demanding that they help find part-time work for the son of his banker, who was studying in the country. He referred to him as “my adopted son.” Warner wrote to Lord Triesman, head of England’s bid and bid president David Dein that “my banker’s son… is in dire need of a job which will be able to assist him re the payment of fees etc.” He also attached a copy of his CV.

The responses demonstrated the lengths to which officials went to accommodate his request. They secured the student a summer job with Tottenham Hotspur, another at Wembley with the bid team and, finally, permanent work with Aston Villa.

Garcia notes that Dein emailed Warner to make sure he knew that “England 2018 had delivered,” adding: “It is apparent from the emails that the England bid team provided this benefit with Mr Warner’s status as a voting FIFA Executive Committee member in mind.”

Garcia also refers to Warner’s repeated attempts to secure funding from the English bid for Joe Public FC, a Trinidad & Tobago-based football club that he owned, as violating “applicable rules and basic principles of ethical behaviour.” The English bid is criticised for entertaining his requests, although they did not provide any money.

The then-FIFA executive committee member and Brazilian Football Confederation head Ricardo Teixeira was treated better than Lionel Messi and other star players when he attended the Brazil vs. Argentina friendly in Doha, Qatar, in November 2010. Accompanied by his wife and daughter, Teixeira stayed in a US $5,000-per-night suite while Messi was booked into a room that cost a comparatively meagre 1,100 Qatari Riyal (approximately US $291) per night; the room of Brazil’s Robinho was even more cost effective at 650 Riyal (approximately US $172) per night.

Qatar 2022 bid officials admitted that they spent an eye-watering 87,150 Riyal (just over US $23,000) on Teixeira’s four-night stay. The match contract between the two nations stipulated that he and his family had to receive a first-class airfare and be put up in the hotel’s presidential suite. Teixeira resigned from all football positions in 2012 and is facing FBI corruption charges as well as investigations in his own country.

Prince William and then-UK Prime Minister David Cameron were present when a vote trading deal was agreed between the England 2018 bid team and Korea 2022. Geoff Thompson, a former FIFA executive committee member and chair of the England 2018 bid, told Garcia about the meeting with Korean FIFA executive committee member Mong-Joon Chung, which took place at the infamous Baur au Lac hotel in Zurich, scene of the FBI arrests of top FIFA officials in 2015.

Garcia notes: “The Prime Minister asked Mr. Chung to vote for England’s bid and Mr. Chung responded that he would if Mr. Thompson voted for Korea. Mr. Thompson… agreed.” The details were further corroborated during the evidence of other England bid team officials. Vote trading arrangements are not allowed under FIFA regulations.

Belgium’s Michel D’Hooghe, who is serving on the FIFA Council that replaced the discredited executive committee, was asked to provide details about a painting he received from the Russian bid team in 2011, which it was alleged in media reports at the time, was in return for his support.

He told Garcia that he found it “ugly and worthless,” producing a letter from an art specialist who appraised it in less than glowing terms: “This painting only has decorative value. It is painted on cardboard and the name of the painter is unknown to me. Additional information from Russia confirms this theory.” FIFA’s Ethics Committee subsequently cleared D’Hooghe of any wrongdoing.

Der Kaiser on the defensive

Garcia details his frustrating attempts to get Franz Beckenbauer to give evidence. The German legend and former FIFA Executive Committee member said that he was unable to attend in person and only responded to written questions after several letters and a 90-day FIFA provisional ban.

The report notes that he never answered any of them adequately. Beckenbauer protested in writing that some of the 130 questions he was asked included the age of his grandmother and when she died and that they were only given to him in “legal English” and not German. Beckenbauer is currently under investigation by FIFA’s Ethics Committee and in a separate Swiss investigation into the 2006 World Cup.

The Japan 2022 bid provided Garcia with a list of all the gifts they had given to senior FIFA officials. Rules state that these should only be “symbolic” and have “incidental value” (no more than US$100 is suggested) and should not influence how they vote.

Garcia praises the USA 2022 bid team for its more modest approach when it came to giving gifts to visiting senior FIFA officials, which may have been received with some disappointment.

Vivek Chaudhary covers FIFA and the financial side of the game for ESPN FC. Twitter: @viveksport