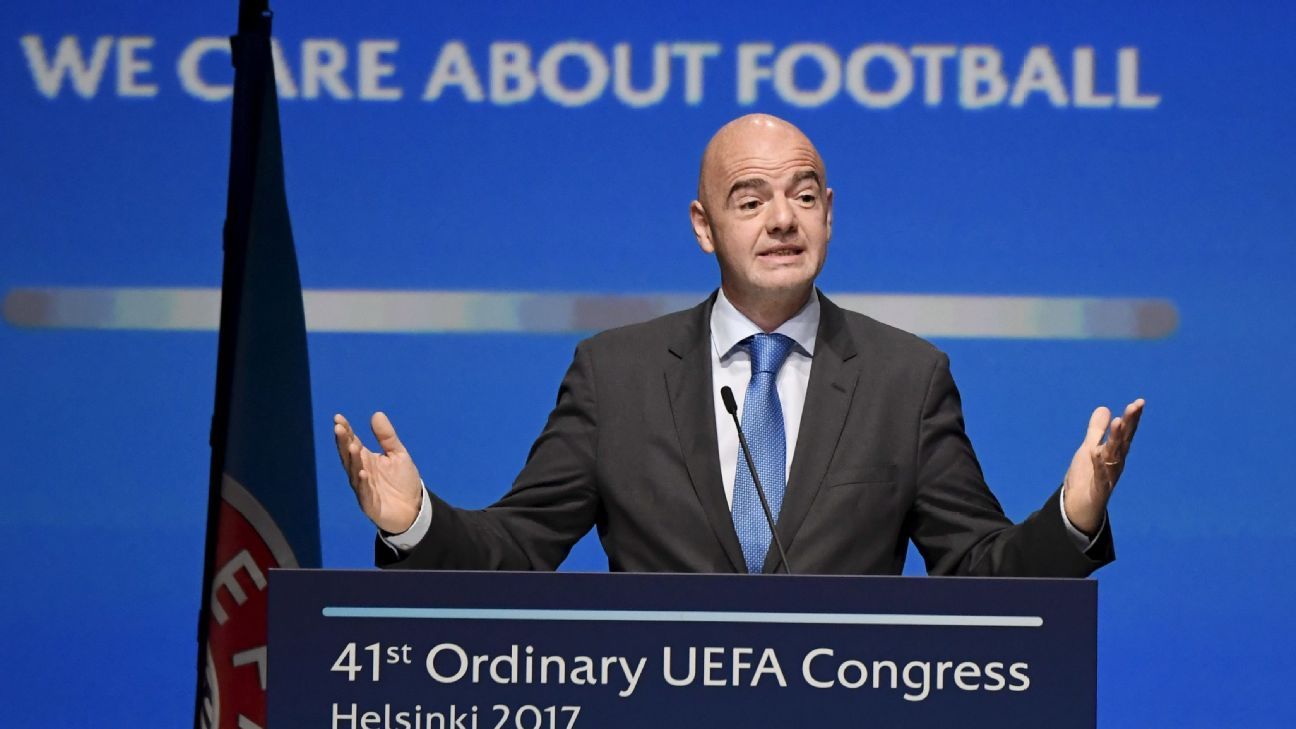 
FIFA has dismissed a report that its ethics committee had started an investigation against the organisation’s president Gianni Infantino before he choreographed the sudden removal of the committee’s bosses last month.

The chairmen of the committee’s “adjudicatory” and “investigatory” chambers — Swiss prosecutor Cornel Borbely and German judge Hans-Joachim Eckert, respectively — were replaced without warning at FIFA’s annual congress in Bahrain.

Both had hoped for and expected to be given second four-year terms having started to make apparent progress in sanctioning football officials guilty of bribery, fraud and other breaches of FIFA’s ethics code.

Having asked football’s six confederations to come up with new candidates for the various independent committees, Infantino and his general secretary Fatma Samoura are understood to have forced through wholesale changes to those bodies during a meeting of the FIFA council.

Borbely, Eckert and other ousted members reacted angrily, with Borbely, in particular, saying it was politically motivated and would set back attempts to restore FIFA’s hugely compromised reputation.

And on Monday, The Guardian reported that Infantino and Samoura were under investigation for allegedly interfering in the recent Confederation of African Football presidential election, which saw Madagascar’s Ahmad Ahmad beat long-term incumbent Issa Hayatou.

The newspaper suggested this was revenge for Hayatou supporting Infantino’s rival for the FIFA presidency, Sheikh Salman of Bahrain, in last year’s election following the falls from grace of Sepp Blatter and his former protege Michel Platini.

But in a statement issued on Tuesday, a spokesman for FIFA raised two points “in light of another recent round of speculation based on anonymous sources.”

The FIFA spokesman then said Borbely’s replacement, former Colombian prosecutor Maria Claudia Rojas, has “today…confirmed that all files have been handed over to her and that there are no open preliminary or investigation proceedings involving the FIFA president.”

He then added: “It is in FIFA’s interest that the work of the ethics committee is not disrupted by conjecture of any kind.

“Therefore, FIFA will refrain from commenting any further on baseless speculation and will instead concentrate on providing concrete information.”

Statements similar to this one have been given before, however, only for it to become clear later that ethics committee investigations have taken place.

For example, Infantino’s acceptance of two flights on private jets during his election campaign were investigated by Borbely’s team, as were allegations related to his expenses. The allegations were eventually dismissed, but FIFA refused to comment on them at the time and Infantino is still very reluctant to acknowledge them publicly.