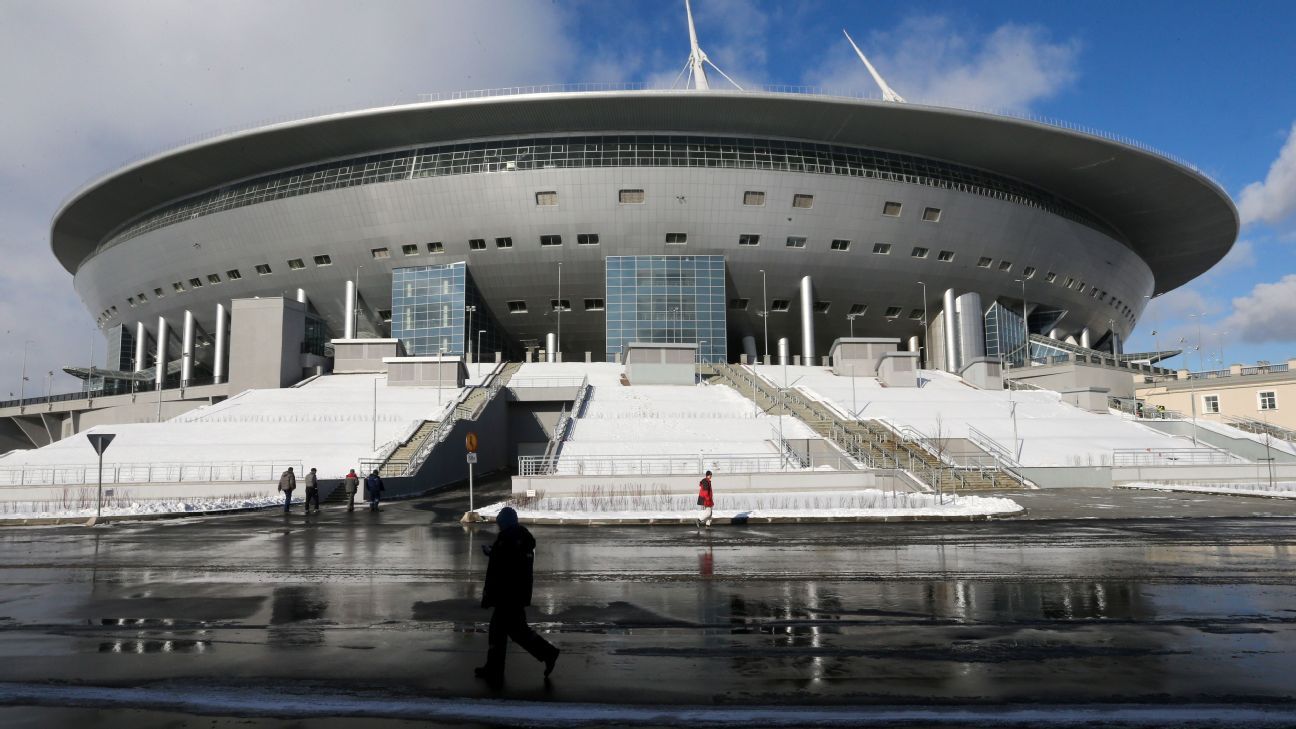 
FIFA president Gianni Infantino has acknowledged the “appalling labour conditions” North Korean workers endured during the construction of a Russia 2018 World Cup stadium, in a letter reported by The Guardian and The Times.

Infantino’s letter — first obtained by the Danish newspaper Ekstra Bladet — was reportedly written to the presidents of the Swedish, Danish, Norwegian and Icelandic Football Associations presidents dated May 22.

Regarding the Zenit Arena in St Petersburg, the letter read: “During its inspection of 22-23 November 2016, the monitoring team found strong evidence for the presence of North Korean workers on the construction site in St Petersburg.

It continued: “The incompliances identified included issues related to health and safety, timely payment of salaries and accommodation.

“As a consequence of the relatively high number of incompliances [in St Petersburg] compared with the other FIFA World Cup stadiums and due to the fatal accidents that happened on that construction site, FIFA and the LOC [Local Organising Committee] have required the general contractor to take immediate steps to rectify the issues identified.”

Following a further inspection, Infantino said North Korean workers are no longer being used, adding that the body is committed to human and labour rights.

Responding to the reported letter, a FIFA spokesperson said in a statement to ESPN FC: “After the incidents in Saint Petersburg, FIFA and the LOC have added systematic checks on the presence of North Korean workers in its inspections on all FIFA World Cup construction sites.

“This includes a requirement for general contractors to provide a written statement regarding the presence of North Korean workers. To date, FIFA has not found any evidence of North Korean nationals working on other FIFA World Cup construction sites.

“If such evidence were found, FIFA would, as part of its monitoring system, take the necessary measures to address the situation. FIFA firmly condemns any human rights violation linked to its activities and, in collaboration with international and national trade unions, continues to follow up on any non-compliance, irrespective of the nationality of the workers involved.”

Last November, a North Korean man died while working on a stadium for the 2018 World Cup.

In March, a report by Norwegian football magazine Josimar outlined concerns regarding dreadful working conditions at the St Petersburg site.