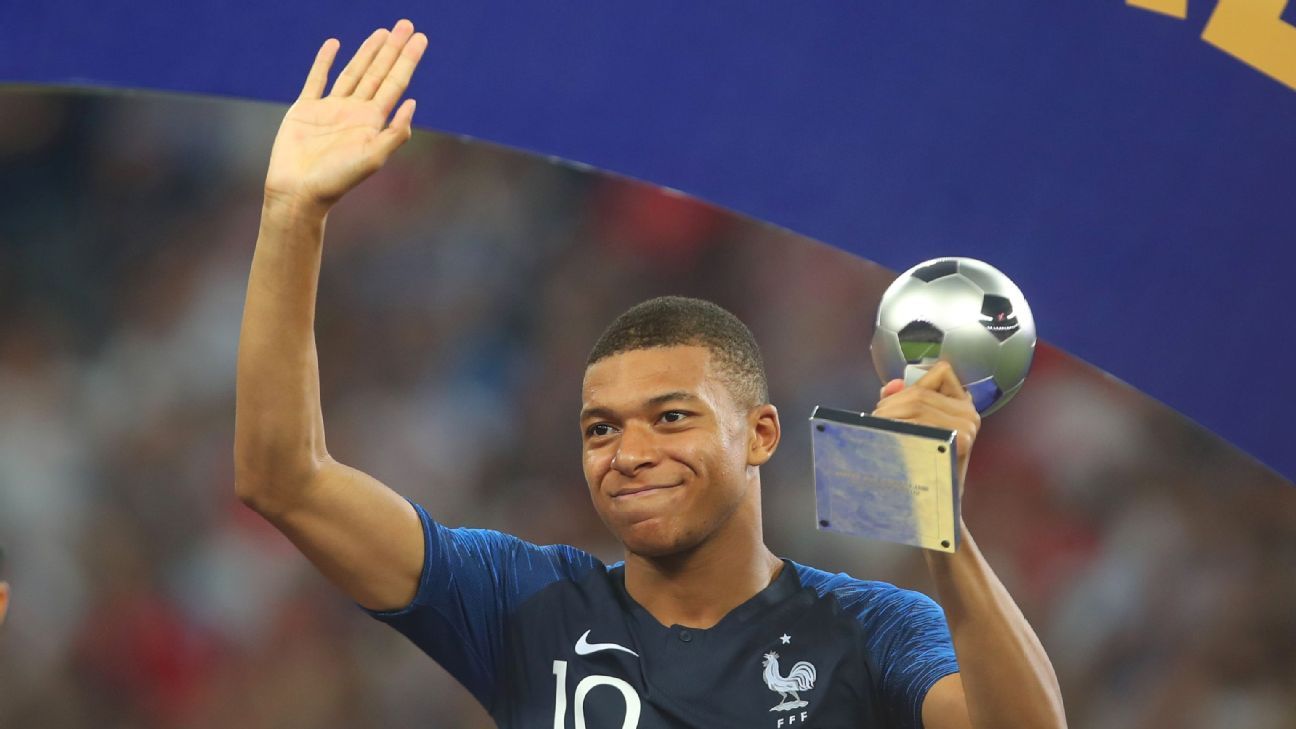 
World Cup stars Kylian Mbappe and Luka Modric are among the contenders to end Cristiano Ronaldo’s hold on FIFA’s The Best Men’s Player award after the shortlist was announced on Tuesday, but Neymar was not among the nominees.

Ronaldo, who has won this honour in both years of its existence, is once again nominated, but faces arguably his toughest challenge yet, following so many impressive performances in Russia.

The award, created in 2016 following FIFA’s split with the Ballon d’Or, will this year honour the standout player from July 3, 2017 to July 15, 2018 — and in that period, Modric won the Champions League with Real Madrid, while also helping Croatia reach the World Cup final where his performances earned him the Golden Ball.

Club teammate Raphael Varane enjoyed an even more stellar summer as he won both the Champions League with Real Madrid and the World Cup with France, and was integral player for both.

But France’s star in Russia was Mbappe, who came to the fore in the knockout stages with his four goals which helped Les Bleus win the tournament for a second time. He was named the Best Young Player and became the first teenager to score in a World Cup final since Pele in 1958.

However, Ronaldo will still be confident of making it three in a row, as he once again finished top scorer in the Champions League. His 15 goals — five more than anyone else — helped Los Blancos win the trophy for a third successive season. And, while he would have expected to make a bigger impact in Russia, he still hit a hat trick again Spain, which included one of the goals of the tournament with a stunning late free kick.

FIFA will cut the list down to three finalists in September, ahead of the awards ceremony in London on Sept. 24.

Mohamed Salah’s impact on the world stage may have been minor, but his exploits in the Premier League and Champions League for Liverpool made him a certainty for this list. He became the first player to score 32 in a 38-game season, while also contributing a further 10 in Europe — while he won all the individual awards in England.

Similarly, Lionel Messi may have failed to show his best in Russia, but he enjoyed a breathtaking campaign with Barcelona, which saw the Blaugrana win a La Liga and Copa del Rey double. Messi finished as the division’s leading marksman with 34 goals, which saw him win the European Golden Shoe.

His stunning hat trick in Ecuador which allowed Argentina to qualify for Russia also fell in this period.

Antoine Griezmann is the third World Cup-winner on the list, as the striker’s four goals — including one in the final — were crucial in hekping France leaving Russia victorious. He also scored a brace in Atletico Madrid’s 3-0 Europa League final triumph over Marseille.

Neymar, was not among the nominees despite being named the Ligue 1 Player of the Year. His domestic season was cut short after he suffered a broken metatarsal, which saw him miss the final three months of the campaign.

Manchester United’s Paul Pogba also missed out, despite receiving widespread praise for his performances in Russia.