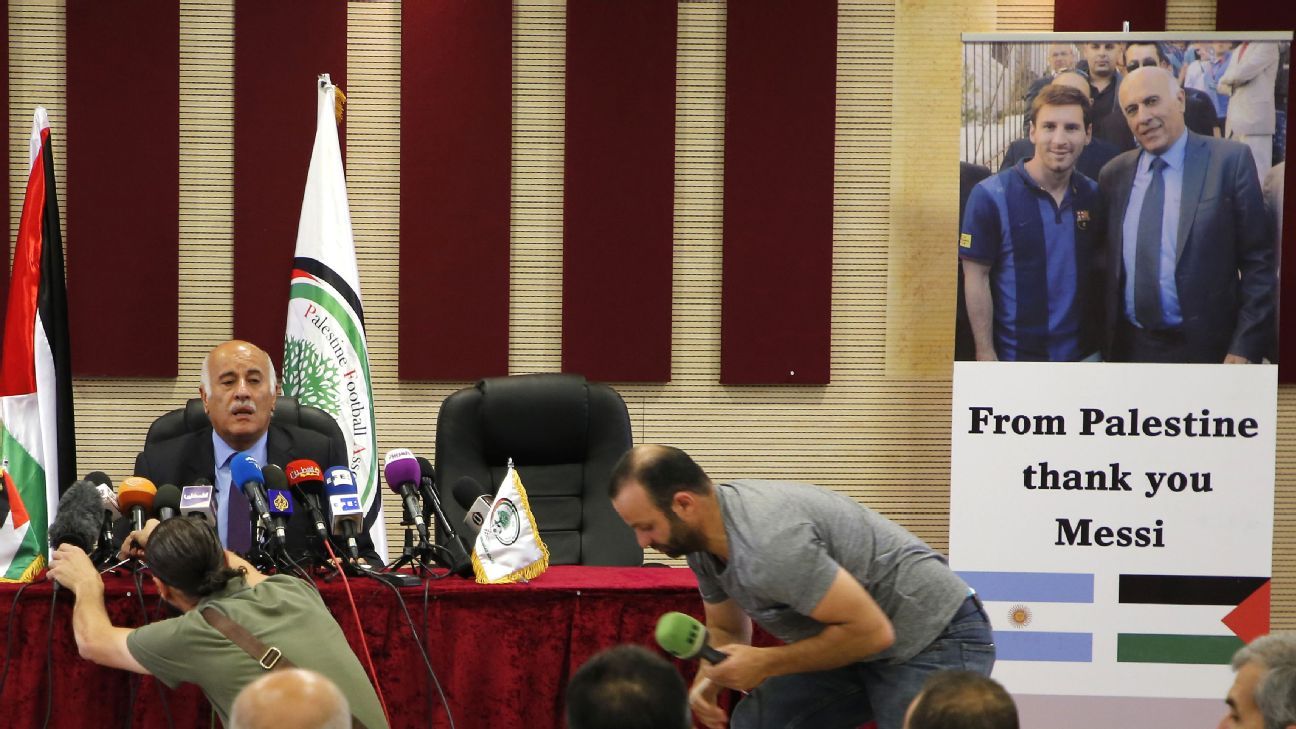 The president of the Palestinian Football Association has been banned from all football activity for the next year after calling on fans to burn jerseys and pictures of Barcelona star Lionel Messi.

Jibril Rajoub made the comments about Messi in advance of the planned friendly match between Argentina and Israel in Jerusalem before this summer’s World Cup. The game was ultimately cancelled amid political pressure.

In addition to a 12-month match suspension, Rajoub has also been handed a fine of 20,000 Swiss francs (€17,500) for breaching article 53 of FIFA’s disciplinary code.

“The disciplinary committee held that Mr Rajoub’s statements incited hatred and violence, and consequently imposed the above-mentioned sanctions,” FIFA explained in a statement on Friday.

“The 12-month suspension entails a ban on taking part in any future match or competition taking place during the given period. Consequently, Mr Rajoub will not be able to attend football matches or competitions in any official capacity, which includes, among others, participating in media activities at stadiums or in their vicinity on matchdays.

“The suspension becomes effective immediately, once the grounds of the decision have been notified.”

Complaints about the Argentine Football Association’s (AFA) decision to play the game in Jerusalem had been wide-ranging, and Rajoub made his feelings on the fixture clear from the start.

Warning Messi against taking part in the game at the Teddy Kollek Stadium, he told the Barca forward that he should not “whitewash the face of racism.”

He added: “Messi is a big symbol so we are going to target him personally and we call on everyone to burn his picture and his shirt and to abandon him. We still hope that he will not come.”

The game had been a subject of controversy as it was set to be played in the Jerusalem neighbourhood of Malha, which is situated on the site of a former Palestinian village destroyed during the war that established Israel 70 years ago.

Palestinians were not happy that the match had been moved there from Haifa following funding from Israeli authorities and, in a letter to the AFA, Rajoub accused Israel of using the match as a “political tool.”