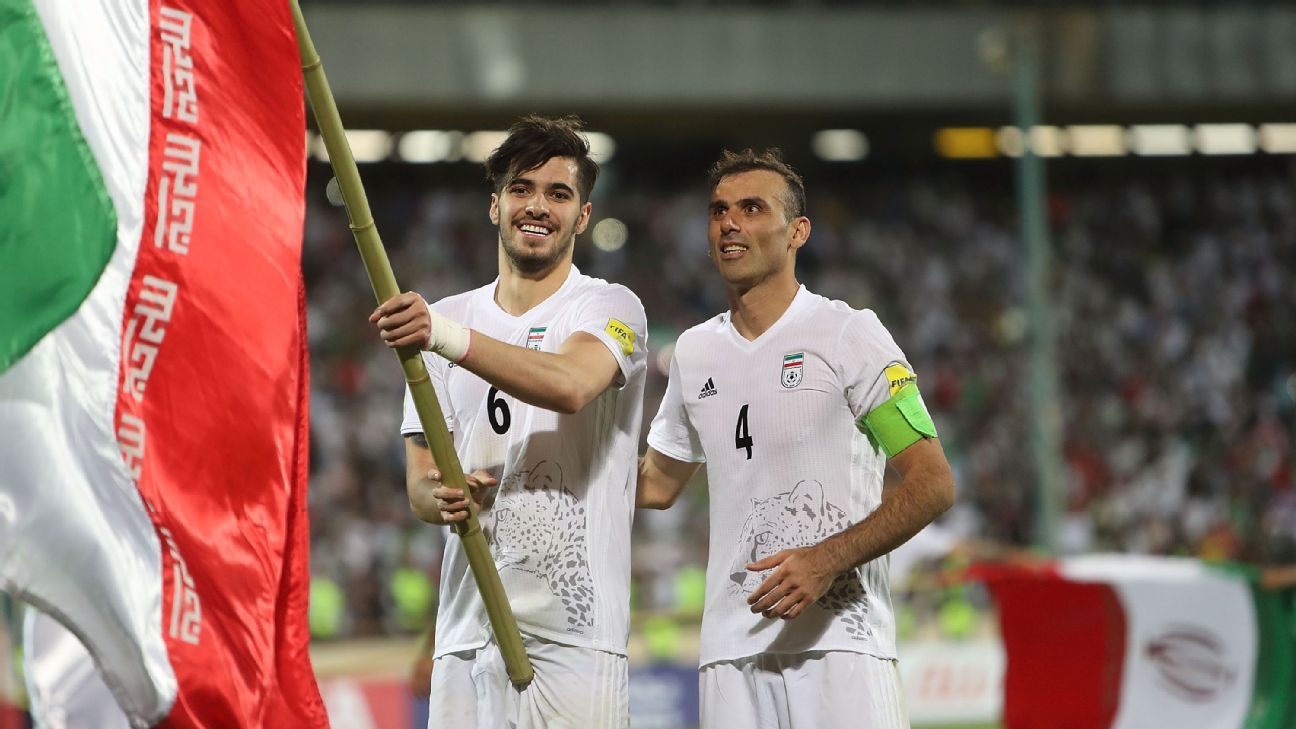 FIFA says its disciplinary panel imposed a two-game suspension on the 21-year-old Ezatolahi for his red card against South Korea in a qualifying match in Seoul on Aug. 31.

Ezatolahi brought his boot down on the head of South Korea midfielder Kim Min-jae, who had fallen facing the turf after the two clashed in an aerial challenge.

The first game of Ezatolahi’s suspension was served by missing a 2-2 draw with Syria five days later, which completed Iran’s qualifying program.

Iran, coached by Carlos Queiroz, was the first Asian team to advance to play at the World Cup in Russia.