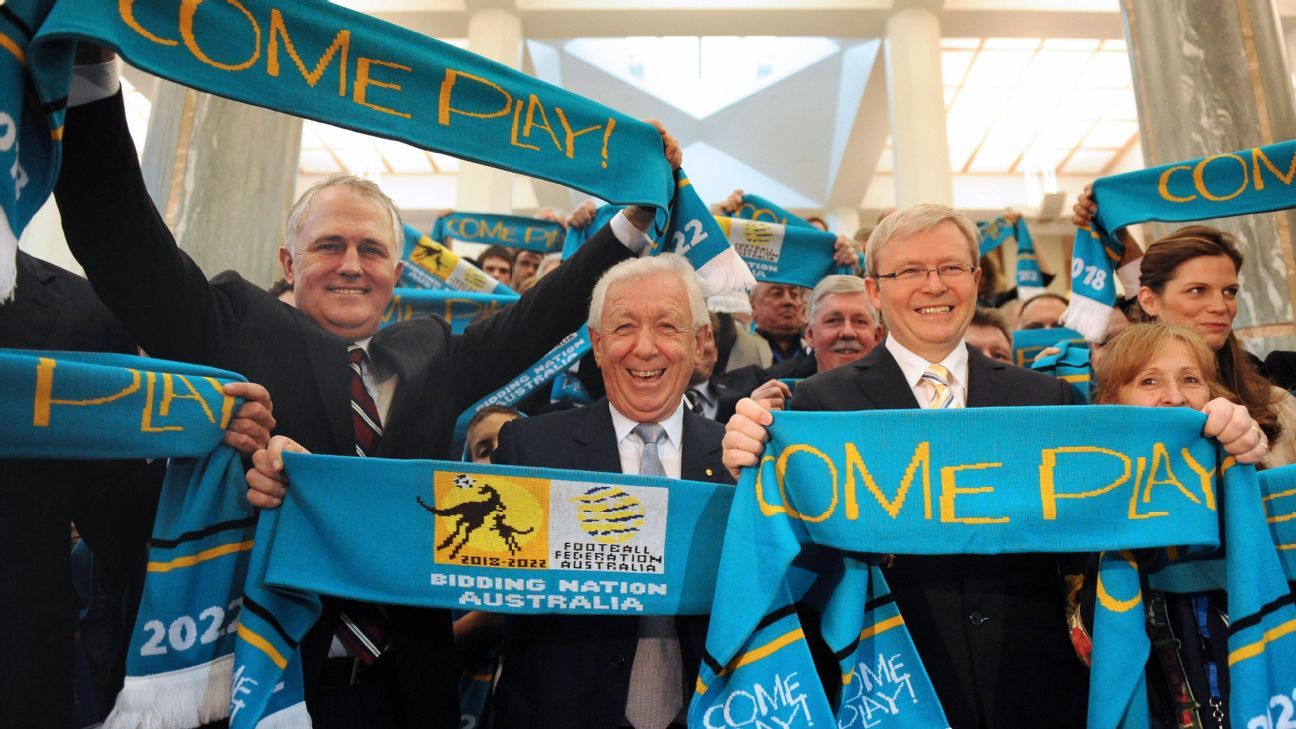 A fortnight after Australia announced its intent to bid for the 2023 Women’s World Cup, the report found evidence suggested the nation made improper payments to influence the vote of a FIFA member.

Australia’s AU$46 million bid got just one vote in support before the showpiece event was awarded to Qatar.

Warner was also president of the Confederation of North, Central America and Caribbean Association Football (CONCACAF).

The FFA paid Trinidad and Tobago’s team costs to play a friendly against an Australian under-20 team in Cyprus in 2009.

FFA, a year later, paid Warner AU$500,000 — funds meant for a sporting centre of excellence he allegedly stole after they were deposited in his personal bank account.

“Those points are strong evidence that FFA made improper payments intended to influence the vote of an executive committee member,” Garcia’s report says.

“The record provides significant evidence that the AU$500,000 was paid with the intention of influencing Mr Warner’s World Cup vote.

“Australia’s bid team perceived the payment as a benefit for Mr Warner, as did Mr Warner himself.”

The 430-page Garcia report on the awarding of the World Cup 2018 and 2022 hosting rights to Russia and Qatar, respectively, was published by FIFA on Wednesday.

An abbreviated version was released in 2015.

“FFA has said repeatedly that the bid process for 2018 and 2022 was deeply flawed and that mistakes were made by the Australian bid team,” FFA said in a statement on Wednesday.

“However, FFA notes that FIFA continues to reform its governance, including relating to future tournament bids, and is confident mistakes of the past will not be repeated.”

FFA said the bid’s finances were routinely reported to the federal government and reviewed by external auditors.

“Its payment to CONCACAF was also investigated by the Australian Federal Police, which found that no Commonwealth offence was identified,” the statement said.