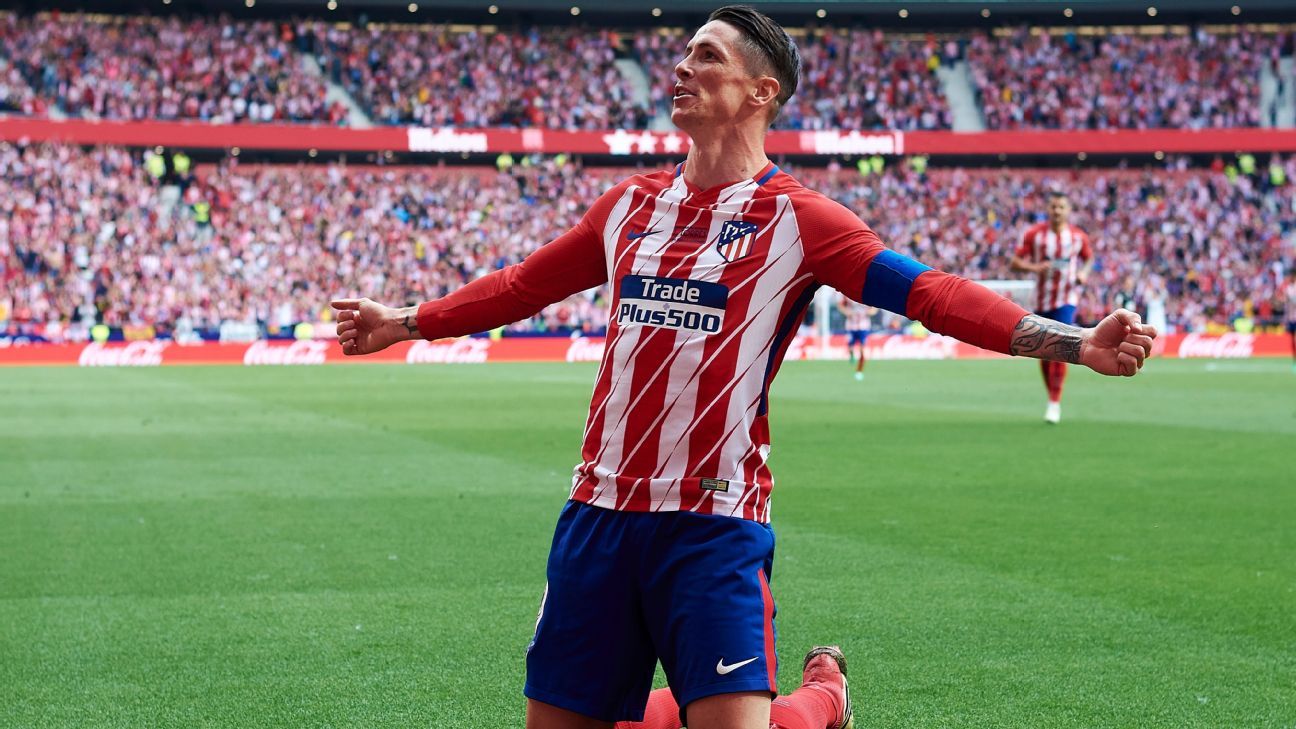 
A sluggish-looking Atletico Madrd, with many players appearing like they were still suffering the after effects of Friday’s Europa League title homecoming celebrations, finished the season with a 2-2 draw at home to Eibar on Sunday.

With second place in La Liga already in the bag, this was essentially a glorified friendly in order to say goodbye to Fernando Torres, who played his last ever game for his boyhood club in front of a sellout crowd.

El Nino did not disappoint, netting a fairy-tale double after Kike Garcia had opened the scoring for the Basque outfit. While Ruben Pena’s wonder strike meant he would not be the match-winner, Torres was nevertheless man of the hour and it was a fitting way for him to say goodbye.

Finishing the season second — ahead of Real Madrid — and with a major European trophy. What’s not to like?

The referee managed to somewhat lose control of a meaningless contest and send off Lucas Hernandez, which means he will miss the first game of next season.

7 — Diego Simeone picked a strong enough team to get the job done, but plans were thwarted by the red card.

GK Jan Oblak, 6 — Could do nothing about the two goals, one of which was a goal of the season contender.

DF Juanfran, 7 — Continued his impressive second-half showing in France. Attacked with gusto down the right-hand side and has enjoyed an Indian summer of late after an off-colour period.

DF Stefan Savic, 5 — Caught out of position for the Eibar opener, summing up what has been a disappointing season for the Montenegrin in which he has rightfully lost his status as first-choice partner for Diego Godin.

DF Lucas Hernandez, 5 — Bizarrely sent off, considering the second “foul” was an innocuous coming together that, more than anything, looked like a foul against the Frenchman. Before that, he had looked a bit sluggish.

DF Filipe Luis, 6 — Would have been disappointed not to have been involved in Lyon, but put in a good shift for the side here and has done incredibly well to get back to full fitness ahead of the World Cup after serious injury.

MF Koke, 6 — Recycled possession well during his time on the pitch. Should have done better when in a good position to get a shot away, though.

MF Gabi, 8 — Looked still to be on a high following his goal against Marseille. A brilliant pass to free Angel Correa set up the first and he covered every blade of grass in yet another indefatigable display.

MF Saul Niguez, 6 — Saw a couple of efforts whistle past the post in the first half but understandably tired in the second.

MF Vitolo, 5 — Still did not look fully fit after injury recently. His work rate cannot be faulted but still was not on the same wavelength as most of his teammates. Hopefully a full preseason will rectify that.

FW Angel Correa, 8 — Had one mission: pass the ball to Torres any time he got near the goal. To be fair, he did his job, unselfishly squaring when one-on-one so El Nino could get his first. Was lively throughout.

FW Fernando Torres, 9 — A 9 for the No. 9. Scored twice and said goodbye to Atletico Madrid in the finest way possible, and you need to have a heart of ice not to be pleased for him. Albeit, if he’d have played like this a bit more often, this wouldn’t have been his last game.

FW Antoine Griezmann, 6 — Booed as he came on, despite his heroics in midweek. While the whistles just about eventually turned to applause, it was a sign that he will not be welcomed back with open arms by the crowd should he leave for Barcelona as is expected.

FW Diego Costa, 6 — Great play to set up Torres for the second. The visitors tried their best to warm him up as the referee got card happy but he just about managed to restrain himself.

DF Jose Maria Gimenez, 6 — Came on when Lucas was dismissed. Did what was required with the minimum of fuss.