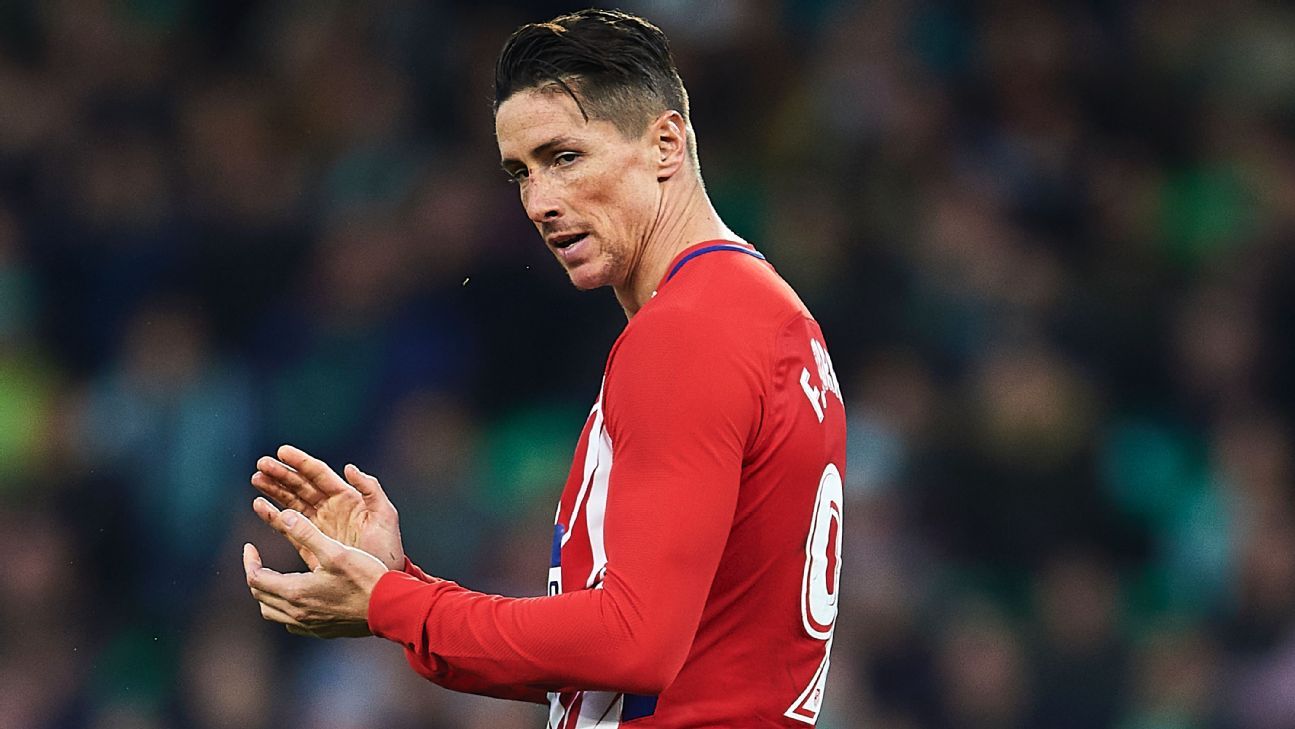 
Atletico Madrid striker Fernando Torres will leave the club at the end of the season when his contract expires, the player has confirmed.

The 34-year-old has made just three league starts this season, scoring two goals in 20 league appearances for second-placed Atletico, after signing a one-year extension 12 months ago.

“This is going to be my last season at the club,” Torres told a news conference. “It hasn’t been an easy decision and it has been tough to make, but I feel obliged to tell the fans.

“You can see that my role has been very limited. I believe it’s the right time to announce it. My conscience is clear and I believe I’ve given everything I could. My idea had been to hang up my boots here.”

But the former Liverpool and Chelsea forward, who has won two European Championships and one World Cup with Spain, said he has no thoughts of retirement.

He was reportedly planning to leave Atletico in the winter transfer window with offers to play in China and in the United States on the table. The MLS transfer window remains open until May, then reopens again on July 10. Clubs in the Chinese Super League cannot sign players until June 18.

“I want to continue playing for two, three or five years,” he said. “I haven’t chosen another team or taken any decision.

“Now I will listen to offers, evaluate them and choose one. Before now, I didn’t want to do that.”

Torres began his career at Atletico, scoring 91 goals in 244 appearances before joining Liverpool in 2007. He spent three-and-a-half seasons at Anfield, scoring 24 Premier League goals in his debut campaign and before injuries hampered his time at the club. But he still scored 81 goals in 142 games before being controversially sold to Chelsea for £50m in January 2011.

He had a terrible time at Stamford Bridge, however, and was unable to get anywhere near top form. A return of 45 goals — 20 of them in the Premier League — in 172 appearances over three-and-a-half seasons told the story.

Torres was loaned to AC Milan for half a season before returning to Atletico, where he scored another 32 of his 121 career goals for his boyhood club.

He had fallen down the pecking order this season behind Antoine Griezmann, Kevin Gameiro, Luciano Vietto and Angel Correa. The addition of his former Spain teammate Diego Costa, who was registered in January, for Chelsea saw Torres’ opportunities decrease even more.

“I saw myself with options of playing but the reality has been different,” he said. “This year I’m playing less than last season. I’ve never given up hope.

“It’s very difficult to say goodbye to Atletico for a second time. When I arrived here at the age of 10, I always thought Atletico would be my home. I’m enjoying the Atleti that I always dreamed of. I would like to leave winning a title.”

Atletico are second in La Liga, 11 points adrift of Barcelona with seven games remaining. They also have a 2-0 first-leg lead over Sporting Lisbon in the Europa League quarterfinals.