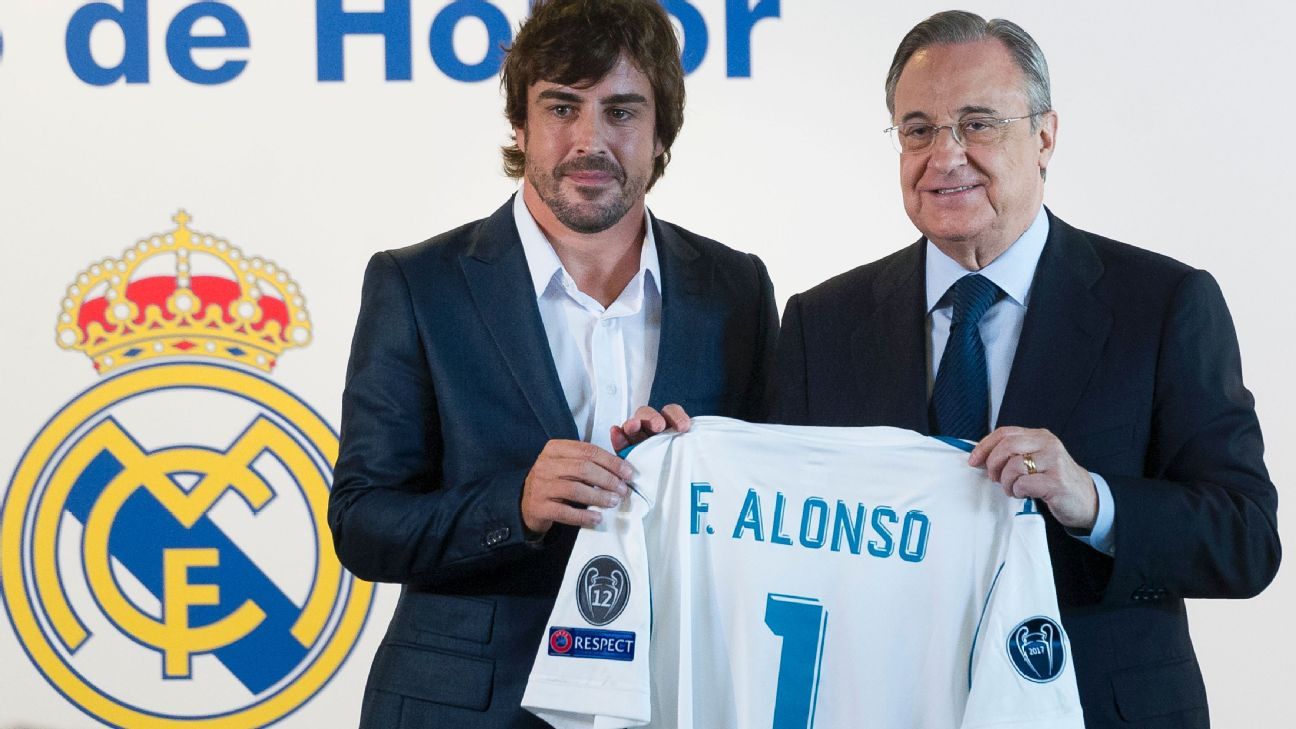 
Fernando Alonso has been named as an official honorary member of his boyhood football club, Real Madrid.

The two-time Formula One world champion, who has enjoyed little success on-track this season during another lacklustre campaign with McLaren-Honda, followed up a disappointing race at the Italian Grand Prix by being inducted into Real Madrid’s member roll of honour.

Alonso — whose future in the sport remains uncertain as he continues to grow frustrated with Honda’s reliability issues — was honoured at a special presentation at the Los Blancos stadium, the Santiago Bernabeu. He also received a personalised football shirt from club president, Florentino Perez.

On receiving his membership, Alonso said: “It is a tremendously special day to be here in this stadium that I love from a distance with all the trips I have. I’ve been asked a lot why I support Real Madrid.

Perez praised the McLaren driver, labelling him as one of Spain’s greatest sportspeople.

“This event today is meant as a show of appreciation from Real Madrid to one of our fans and members,” Perez said. “It is recognition from our club of one of the greatest Spanish sportsmen of all time. He is a pioneer who achieved something that no Spaniard had achieved before: he was a Formula One world champion.

“Fernando, you are an extraordinary ambassador of our club for all of madridismo. Because of this, the General Assembly of Members unanimously agreed to grant you our maximum recognition of honorary member of Real Madrid. Two-time world champion of Formula One and three times runner-up.

“You debuted at just 19 years of age and since then you have been adding to your collection of trophies with 32 Grand Prix victories and an impressive record. Your character transcends beyond the circuits. You carry the Spain brand across all continents and also the passion for your beloved Real Madrid. We know what this shirt and this badge means to you.”