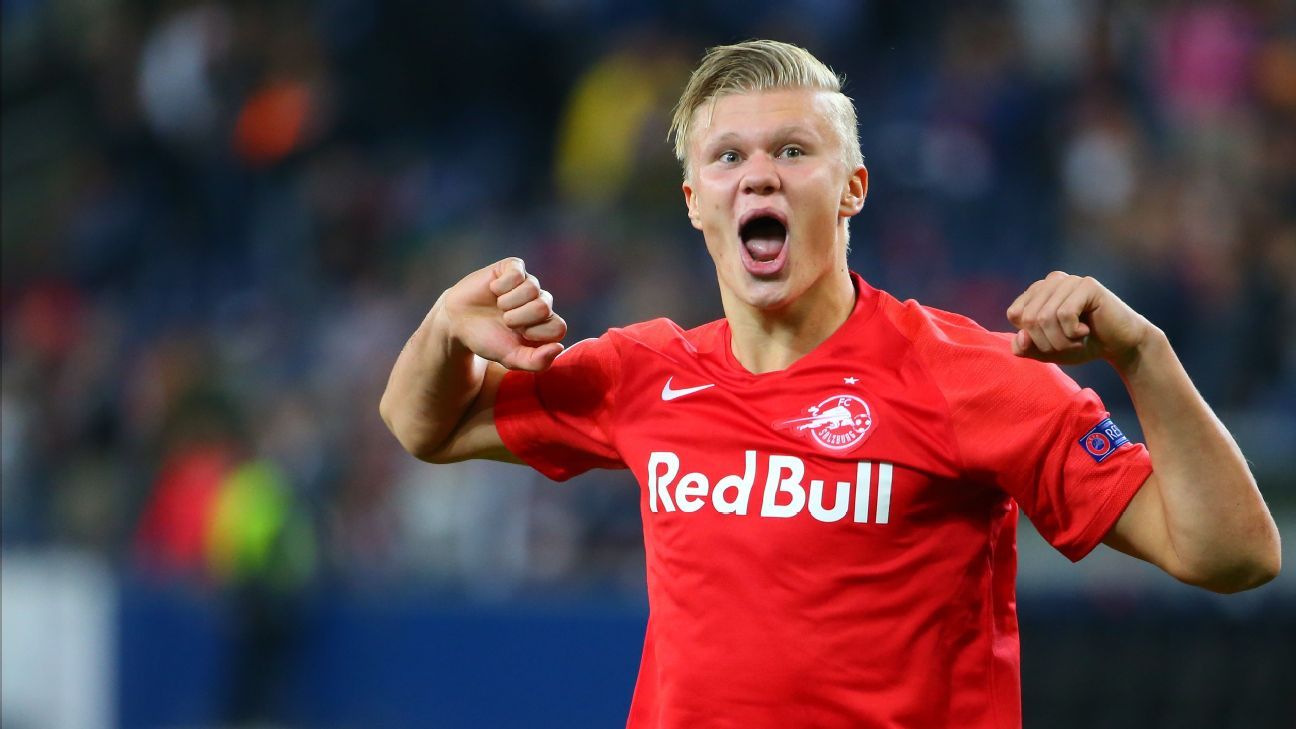 Teenage striker Erling Braut Haaland introduced himself to the Champions League with a hat trick Tuesday as Salzburg hammered Genk 6-2.

The 19-year-old Norwegian gave Salzburg the lead in the second minute and added two more on counterattacks in the 34th and 45th. Haaland is the third-youngest player to score a Champions League hat trick after Raul in 1995 and Wayne Rooney in 2004.

The son of former Leeds and Manchester City player Alf-Inge Haaland, he attracted attention in May when he scored nine goals for Norway in an under-20 World Cup game against Honduras. Haaland has torn up Austrian competitions since joining in the summer from Norway’s Molde, scoring 14 goals in eight league and cup games.

Hwang Hee-chan scored one goal and set up two more for Salzburg, which is playing in Europe’s top club competition for the first time in 25 years and has U.S. coach Jesse Marsch in charge. Tuesday’s game against Genk was the highest-scoring Champions League game since Paris Saint-Germain beat Celtic 7-1 in 2017.

The Austrian champion has not lost any of its last 19 European home games in deep runs through the Europa League knockout stages and has won nine of its last 10.

Belgian champion Genk has played in the Champions League group stage twice before, in 2002 and 2011, but has failed to win any of its 13 games to date.