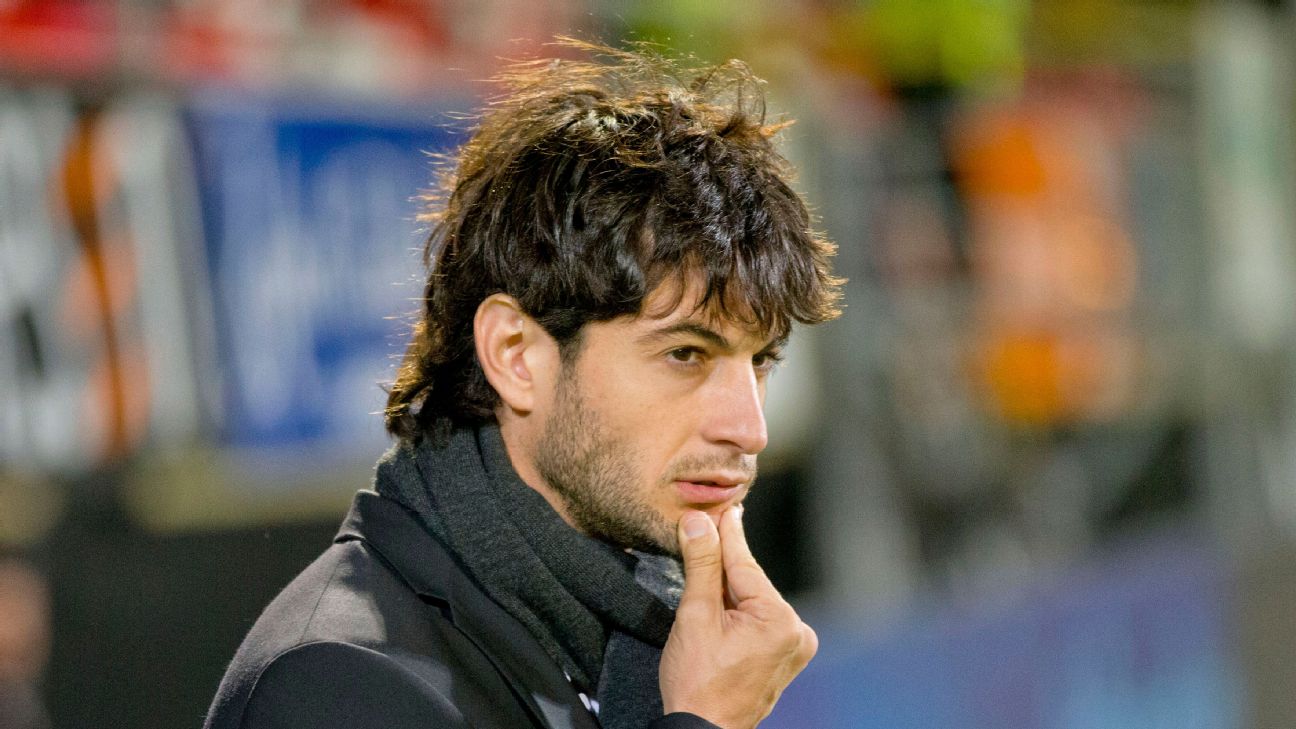 Juan Ferrando starts his day by sending Whatsapp messages to several people nearly 7500 kms away. To fitness coaches, team doctors, and players. What else can the newly appointed coach of FC Goa, the ISL league stage winners and India’s representatives in the AFC Champions League, do while Barcelona (and the rest of the world) is in lockdown?

“This is the moment to learn, to work, work, work, and to bin excuses,” he says. Ferrando explains how he spends his day discussing previous injuries and working out personalised fitness plans for each of his players, watching match footage from the previous couple of seasons, and generally just connecting with the people he will soon be spending all his time with.

The enforced worldwide shutdown that covid-19 has brought with it is just another obstacle to overcome.

“This is life, all the time exists problems, [but what happens when you just worry about it?] Nothing?” So he focuses on what he can do, and works hard at it all day.

Ferrando has not had it easy. His path to becoming the head coach of FC Goa – via Malaga, Arsenal, Sheriff and Volos – has had its fair share of obstacles, two of them that had the potential to take him away from football.

The first came when he was still an aspiring footballer in the Espanyol academy. A series of injuries to his knees and hips forced him to retire, aged 16, before he had even got started.

“It was tough to handle. I dreamed of being a footballer, of course, but when you have a lot of injuries, the coaches and the clubs don’t want to take a risk on you,” he says. “No matter how good you are technically or tactically, clubs don’t believe in you.”

This led to a bit of disillusionment and a revised career choice — to become a veterinary doctor. However, conversations with his father reminded him of the love he held for the game, and he decided to focus on sports science, to try and stay in football. He stayed at Espanyol, becoming a physical trainer at the academy, while simultaneously studying to become a coach, before moving to the academies at Barcelona and Malaga. He also completed a PhD at the University of Zaragoza, his thesis ‘how body vibration training helps spot jumps of professional footballers.’ Niche.

He says the “critical moment” of his career, though, was when he moved to Arsenal, to work under Arsene Wenger in 2010 as a fitness coach. This is where he was enraptured by the work of a head coach, juggling the many responsibilities that come with it — managing players’ egos, fitness, desires; preparing for a Champions League match one moment and analysing Wigan Athletic the next; building a team, a squad. He enjoyed witnessing, and participating in the processes where Wenger would try different approaches to find a solution for various problems.

That, plus one year at Brighton with Gus Poyet convinced him that he had made the right decision to stick to football, but it was now necessary to take the next step, to move on from a person who provided singular inputs for decisions and become the decision-maker himself.

That leap of faith, in his own ambition, and abilities, took him to Moldovia, where he worked as an assistant coach at Sheriff Tiraspol – and for a brief period, as head coach, including notably in the UEFA Europa League group stage against the likes of Tottenham Hotspur and Anzhi Makhachkala. Stints at Ertogelis (Greece), Cultural Leonesa and Linares (both Spain) followed before his first proper breakthrough, at Volos FC. In his first season there (2017-18), he won them the third division. In the next, he won them the second division.

They were going strong in the top league when the second great setback hit. A bacterial infection to the eye that nearly blinded him. With intensive 24×7 medical care required, Volos let him go, and Ferrando had to stay at home, recuperating. Which he did, and that is when Goa came calling.

Now, fully recovered, he is confident he can imbibe his philosophy onto his new club.

What is it, you ask?

He talks about the need for players to enjoy themselves, to have the freedom to make decisions, and, in typical Catalan fashion, about how “protecting the ball means gaining control”. But at the end of the day, he says, it has to be tailored to the opponent.

“It’s not just FC Goa on the pitch, is it?” This does not mean that you can rely solely on solid organization and pure catenaccio, but that you need to work on the ability of a team to find different gears and hone the tactical thinking of the players.

The brief highlights available of Volos FC show a near Bielsa-esque devotion to working as a collective – attacking in big packs, the same number running back to defend. Philosophy and tactics shaped by the overarching need to win.

Whether it be witnessing it at a distance in the top tiers of Spain and England or hands-on in the lower tiers, whether it be in the more laid back culture of Moldovian football or the mad passion of the Greeks (“In Greece, if you win, you buy yourself another seven days”), the pressure to win is what unites it all.

Ferrando is not bothered by that pressure, though. He does not fear it. He just loves football, and coaching, too much.

“When you work as a coach, it is fantastic. You are a father, a psychologist, a trainer, a brother; you have a lot of roles. It is necessary to give your best every minute. One decision can have so many ramifications – on a player, a team, a club. It’s difficult; it’s what makes it the best job in the world. For me that love, it’s 24×7. I am obsessed. It’s what has taken me on these adventures around the world.”

FC Goa will be hoping his latest adventure is a happy one.