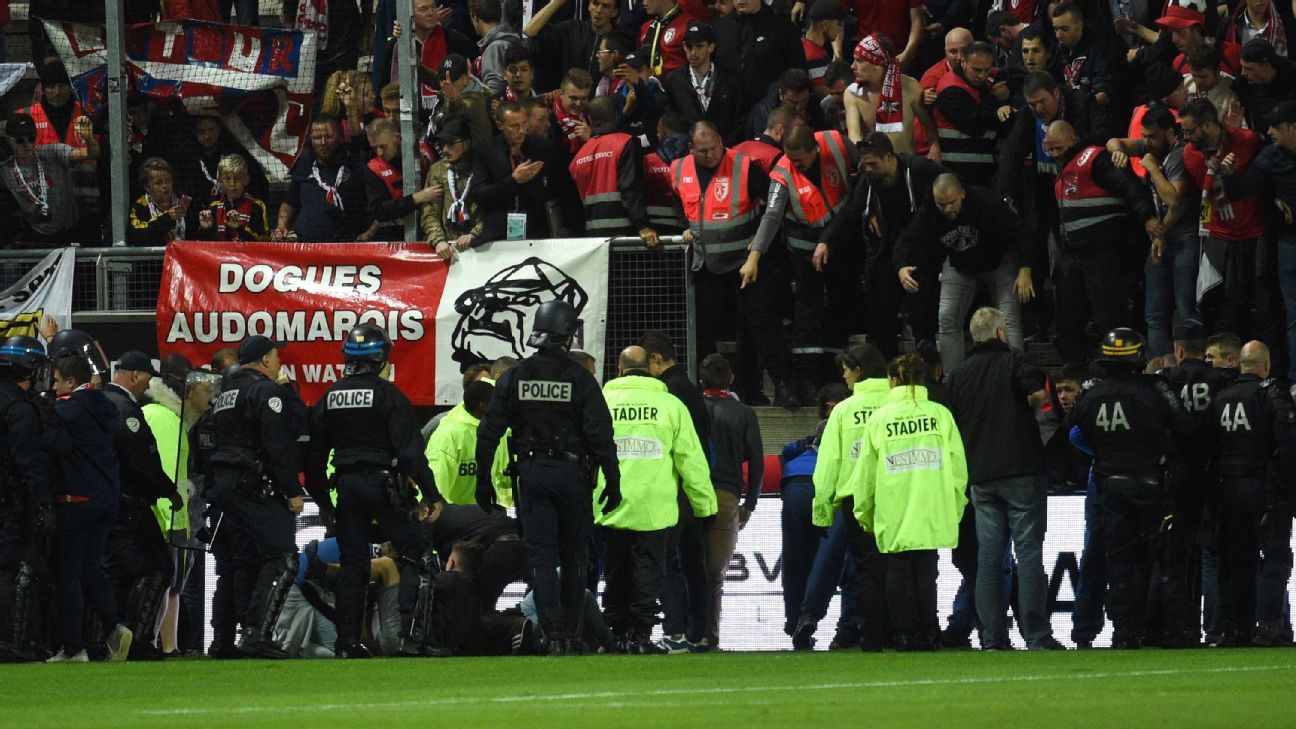 
PARIS — All the people injured after a barrier collapsed during Lille’s match at Amiens on Saturday have been released from the hospital.

Amiens hospital said that 29 people were injured in the collapse. All but six — five Lille fans and a steward — were able to go home overnight.

On Sunday, Lille posted on their Twitter account: “Great news! All the Lille fans who were injured during the match have left the Amiens hospital. We’re thinking strongly of them!”

The French league released a statement announcing that their president Nathalie Boy de la Tour and executive director Didier Quillot had visited the hospital and that their disciplinary committee would be starting their own inquiry on Thursday.

If Amiens are found responsible, they face a number of possible sanctions: a fine, playing a match with either part or all of their stadium closed, or even a points penalty.

The Amiens prosecutor has already opened an investigation to determine the causes of the accident.

The Amiens-Lille match was stopped Saturday night after the opening goal in the 15th minute by Lille. The team’s fans behind the goal surged forward to celebrate when the fence gave way under the pressure.

A Lille fan who was at the match said: “It was really carnage.”

Meanwhile, Amiens president Bernard Joanni said he called Lille CEO Marc Ingla to apologize after he appeared to blame the visiting supporters for the incident.