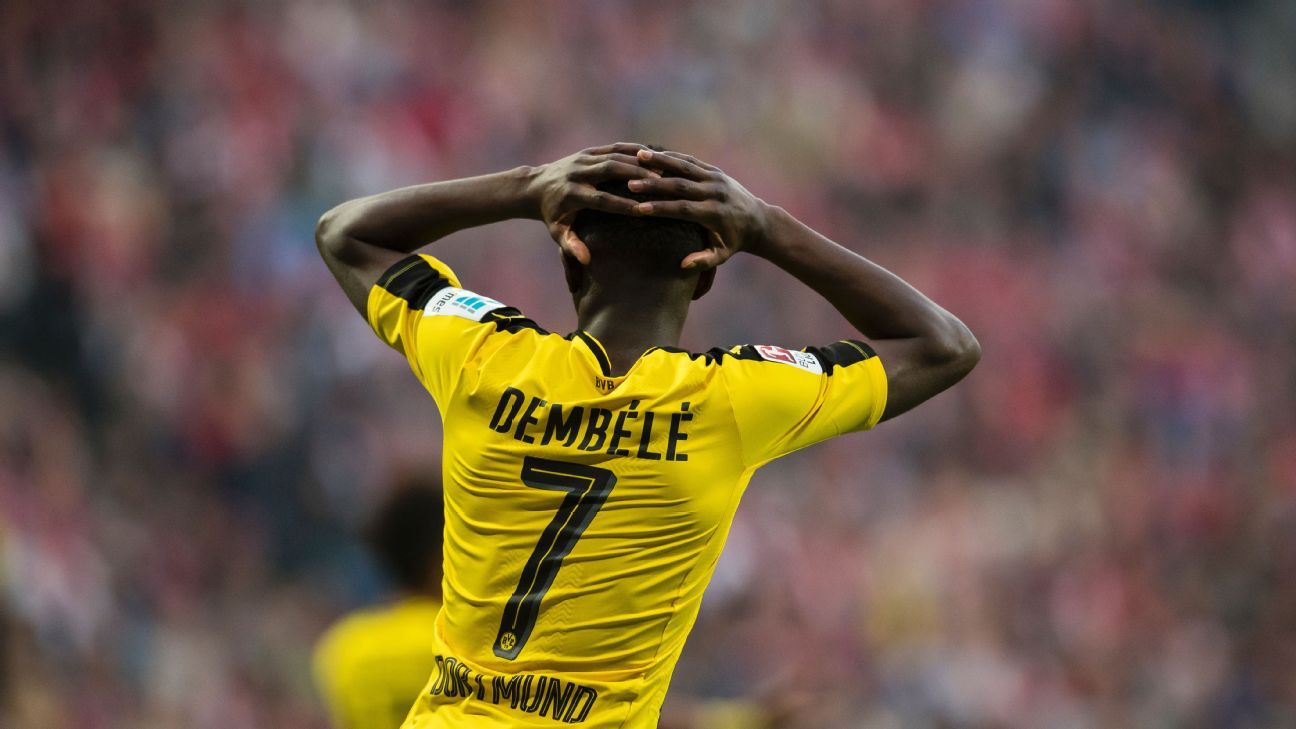 It’s probably fair to say that many Borussia Dortmund fans were left feeling a little sore by the manner in which Ousmane Dembele went about forcing through his multi-million move to Barcelona.

Having failed to report to training for several days while he openly flirted with the Catalans, Dembele eventually joined Barca last week in an enormous transfer that could eventually see the 20-year-old become the second most expensive player in the history of football.

However, ahead of Dortmund’s 2-0 win over Hertha Berlin on Saturday, it emerged that at least one fan had discovered an ingenious method to cope with the precocious striker’s abrupt departure.

The supporter simply erased Dembele’s name from history by taping over it and replacing it with the number 148,000,000 — a reference to the astronomical fee that Dortmund have reportedly recouped for the young French forward.

A little crude maybe, but it certainly gets the point across.