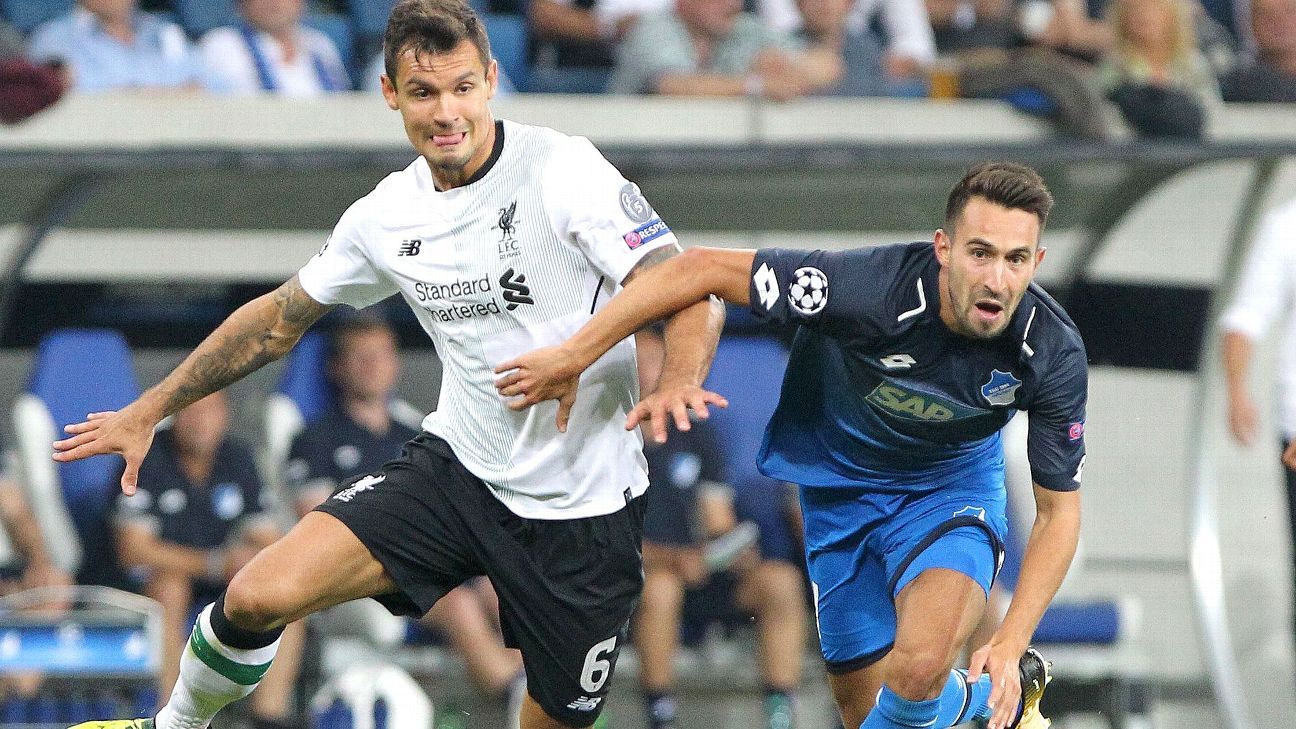 
Liverpool appear to have one foot in the Champions League group stages after a 2-1 win in Hoffenheim on Tuesday night. Yet despite a fine first leg result in Germany there is clearly plenty for Jurgen Klopp to sort out defensively.

The Merseysiders played some good football and at times tore through a team that hadn’t lost at home for 16 months, but they once again looked vulnerable at the back and needed goalkeeper Simon Mignolet to make several important saves, including a crucial first half stop from a penalty.

Worryingly, Hoffenheim’s goal scoring opportunities didn’t really come about through any particularly incisive play on their part. They were actually quite predictable and in the end had to resort to lumping the ball up front and hoping for set pieces. Yet they still had several clear sights of goal, most of which were presented to them by poor defending or general sloppiness from Liverpool.

Whereas most teams go away from home in Europe and try to adopt a cagey strategy with the main priority being to keep things tight, that’s just not an option for Klopp’s Liverpool. With their leaky defence they’d simply be asking for trouble by sitting back, so the onus must always be on attack.

There has to be some balance though, and at times it just isn’t there with Liverpool. It isn’t just about poor defending, it’s also about decision making and an inability to keep possession and thus take the sting out of a game. All of this invites unnecessary pressure on their much scrutinised backline.

Take the Hoffenheim penalty for example, which came about very early in the game (when most teams are still sitting back in “silence-the-crowd” mode) as a result of left-back Alberto Moreno being high up the field when Hoffenheim regained the ball. Rather than retreat back into position, Moreno went chasing it, and chasing it, and chasing it some more until eventually he ended up closing down the goalkeeper in the opposing penalty area.

The German side quickly moved the ball up the field and attacked the space vacated by the over eager Spaniard, and an isolated Dejan Lovren was beaten by the tricky Serge Gnabry and was adjudged to have bundled over the former Arsenal man inside the box. Had Moreno stayed home, Lovren wouldn’t have been so vulnerable and the penalty doesn’t happen.

This is precisely the kind of thing Jamie Carragher spoke about following the 3-3 draw at Watford last weekend. Carragher claims that Liverpool’s centre-backs are left far too exposed by how high up the field their full-backs are, and no doubt the beleaguered Lovren would be the first to agree.

Thankfully, Mignolet had done his homework and was able to make an easy stop. Had Liverpool fallen behind at that point who knows what the outcome would have been, but the Belgian’s save settled them down and they would eventually lead 2-0 courtesy of a terrific free kick from Trent Alexander-Arnold and a James Milner cross that deflected in off a defender.

The opportunity was there to finish Hoffenheim completely but Liverpool were wasteful on the counter attack. When that happens the fear is it will prove costly and that proved true, as Hoffenheim were handed a lifeline out of nowhere when Mark Uth got in between a sleeping Joel Matip and Alexander-Arnold and rifled a shot past a helpless Mignolet.

That breathed new life into a home side that had previously looked dead and buried and they went within a whisker of emulating Watford and punishing Liverpool with a stoppage time equaliser from a set piece. Fortunately for the Reds, Benjamin Hubner could not keep his header down.

As Carragher says, some of Liverpool’s problems are systematic and a result of Klopp’s adventurous style of play, especially in his use of the full-backs. Some goals conceded are just a result of daft mistakes though, which is much harder for a manager to address.

Hoffenheim’s goal was so easily preventable, but instead of challenging for the ball Alexander-Arnold stood with his arm raised appealing for offside. It wasn’t offside, but even if it had been you still need to play to the whistle. His lack of experience doesn’t excuse a mistake such as that, but it’s unlikely he’ll ever do it again and that moment aside, the teenager was exceptional in his first ever European game.

Ultimately though, the result was excellent and how it was achieved is not particularly important right now. Liverpool just need to get through this two legged qualifier and they can worry about how they did it later.

In the short term, the easiest way to overcome these defensive issues is to be far more clinical with their attacking opportunities than they were in Germany. If Mohamed Salah, Roberto Firmino and Sadio Mane bring their shooting boots next time then, based on the evidence of this game, Liverpool should have no problem completing the job.