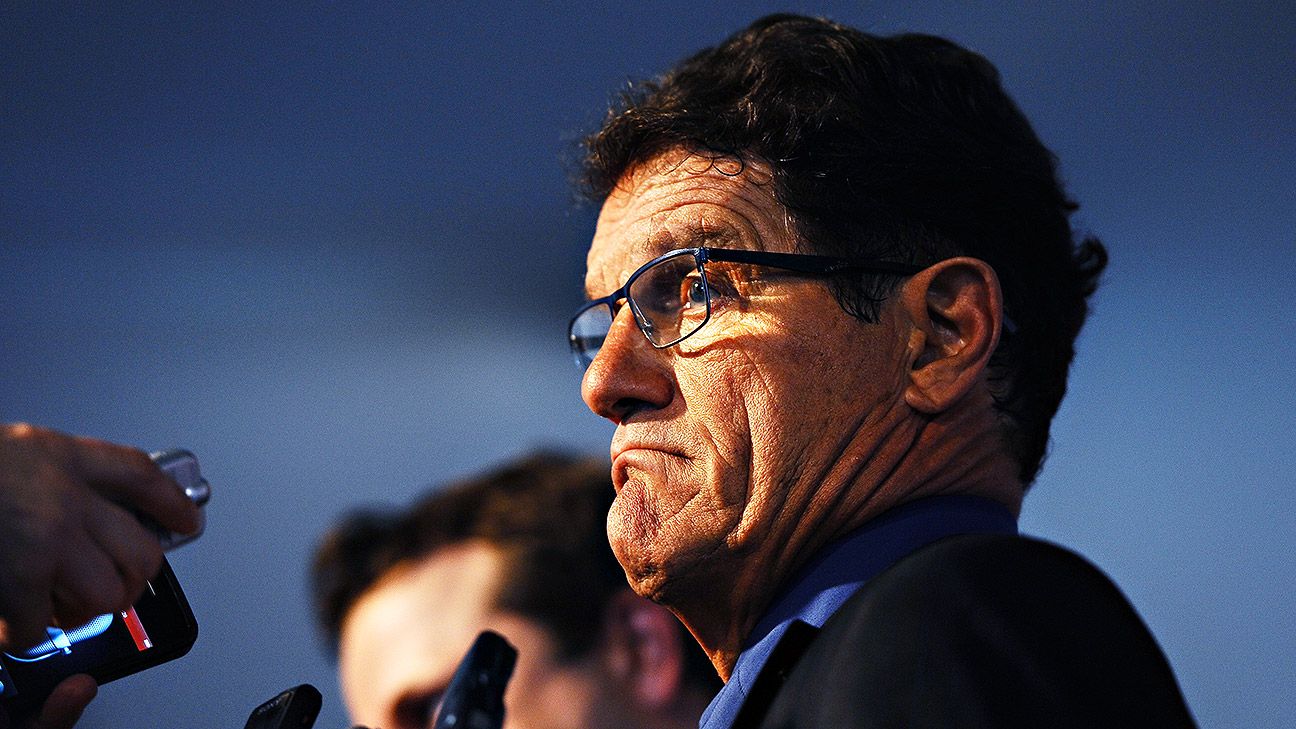 
Fabio Capello has announced his retirement from coaching, saying he has no interest in taking charge of an “average” Italy squad.

Capello, 71, was released by the Chinese club Jiangsu Suning after just nine months in charge last month and he says that has brought a definite end to his career.

“I’ve already done time with England and Russia and my last job was this one in China at Jiangsu Suning,” he told RAI Radio when asked if he would be keen on the Italy job. “I wanted to give it another go at coaching a club and we managed to stay up despite the fact they were bottom when I took over and I’m happy with how it went.

“Now I’m going to focus on punditry, which is a role you always win in.”

Capello says Italy’s new coach will not have an easy task following their failure to qualify for the World Cup.

Luigi Di Biagio led Italy to a 2-0 defeat to Argentina and 1-1 draw with England in two recent internationals, although he does not appear to be favourite to continue beyond June, when Italy face France and Netherlands in their next two friendlies.

Zenit St Petersburg coach Roberto Mancini is the bookmakers’ favourite and Capello believes he would face a stiff challenge.

“All coaches are good when they have top level players, but it’s hard to do well when you only have average players,” he said. “At the moment, we are lacking these top level players. We don’t have any leaders, and players who make the difference.

“Mancini is an experienced coach and he’s travelled the world and this will help him deal with the players, but the talent is still lacking.”

Capello also sees a dearth of talent in Serie A, which is why he cannot see either Juventus or Roma recovering from first-leg defeats in their respective Champions League quarterfinals against Real Madrid and Barcelona.

“When you have players like [Cristiano] Ronaldo or [Lionel] Messi, you start 1-0 up,” he said. “They are players who always make a difference, this year more than ever. Ronaldo’s been back in form for a few months and he’s playing differently, inside the penalty area as a centre forward.

“Messi just invents things and I cannot see much chance for the Italian sides because the quality of these players and the economic possibilities these clubs have is superior to ours.”