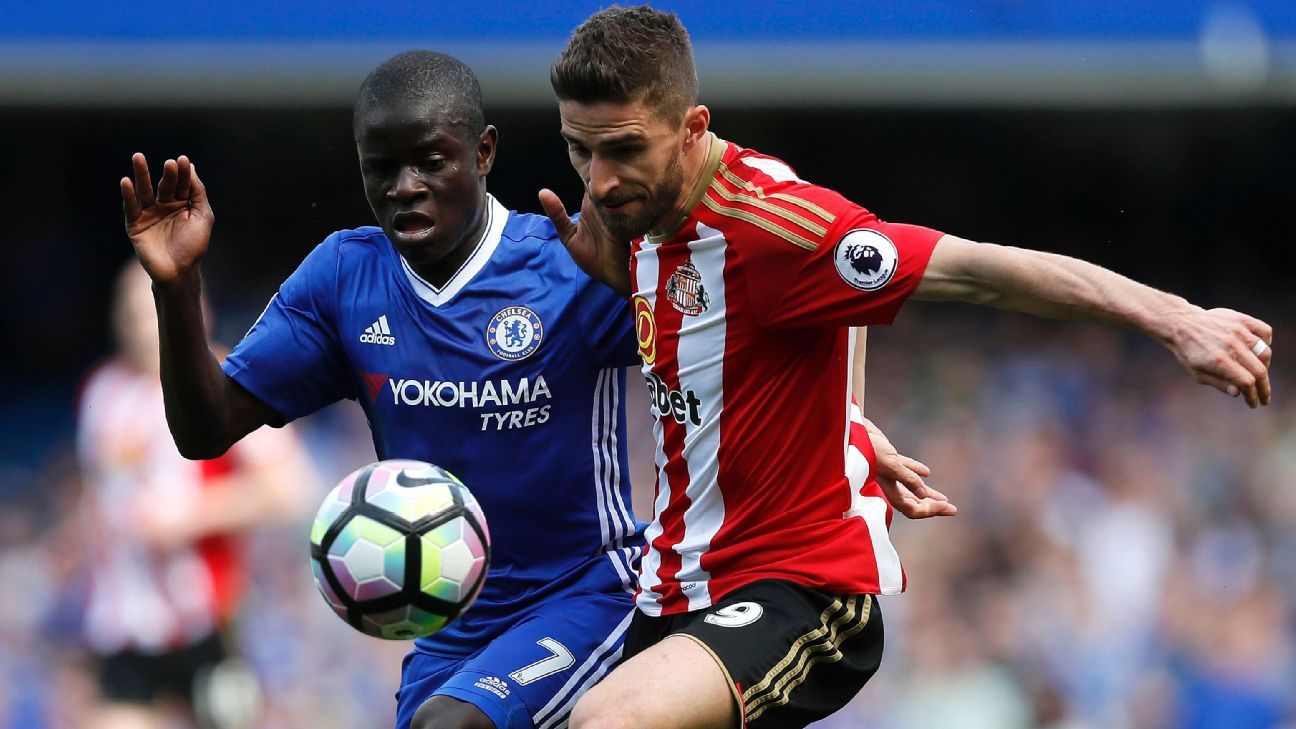 
In mid-May, AC Milan CEO Marco Fassone reiterated his plan to have two-thirds of the squad assembled by the time Vincenzo Montella and his players convened for the start of preseason on July 4. Four new signings have already arrived — Mateo Musacchio, Franck Kessie, Ricardo Rodriguez and Andre Silva — and while Fabio Borini is set to make it five this week, there’s seemingly plenty more to come.

After years of being forced to sit back and watch their Serie A rivals make important new additions while the Rossoneri put together what they could, Milan continue to dominate the headlines this summer. The number of new signings could double in the next week.

However, not all of the targets in question have been met with supporter approval, as there has been a real split in opinion over the expected acquisition of Borini.

Those not in favour of the signing refer to his poor goal-scoring record and seemingly limited ability. Admittedly, it isn’t the most inspiring of signings, but it’s not supposed to be. The 26-year-old will be added purely for depth.

Lucas Ocampos has returned to Marseille after his loan deal concluded; M’Baye Niang will likely be sold. So Borini should ultimately be seen as a mere replacement. The former Chelsea and Liverpool forward isn’t expected to be a fundamental part of Montella’s starting lineup next season, but instead a small piece of a big picture in a campaign in which Milan could play more than 50 games, depending on their success in Europe.

Borini has much to prove and if he does emerge as a key signing, then all the better. However, he’s versatile and is unlikely to kick up a fuss if he doesn’t start every week. From a financial standpoint, his lesser wages will likely be a factor, too.

Granted, there might be better depth options out there, but he fits what Montella wants and with Gianluca Lapadula and Carlos Bacca itching for regular first-team football, it’s a move that essentially has to be made to rebuild a squad in anticipation of exits.

A significant number of fans have voiced their displeasure on social media, but it’s hoped that Borini can finally settle and contribute next season to prove his doubters wrong.

Meanwhile, Hakan Calhanoglu and Nikola Kalinic are two more names being heavily linked with moves to Milan, and again there seems to be discouragement about whether or not Milan are starting to lose their way in the transfer market.

Calhanoglu would be another smart signing because, aside from being widely revered as a free kick specialist, he’s still young at 23 and has plenty of room for improvement, is technically sound and comfortable on the ball and his versatility allows him to play in various positions.

That sounds like a dream Montella signing, and he will undoubtedly welcome the Turkey international with open arms if a deal is reached with Bayer Leverkusen.

As for Kalinic, many have argued that he doesn’t represent value for money and he isn’t an upgrade on Carlos Bacca, so why sign him?

The Croatia international would bring several positives to the team, namely his experience in Serie A, steady goal scoring record, work ethic, ability to run the channels and create for others while building and holding up play.

Again, it isn’t the most eye-catching addition and question marks are rightfully raised, but in the bigger picture, he fits what Montella is building and would be a key addition.

While those two split opinion, there are no doubts surrounding the expected signing of Atalanta right-back Andrea Conti. In what has been one of the longest transfer sagas this summer, the 23-year-old returned from the U21 European Championship on Wednesday and dropped the biggest hint yet that he is Milan-bound.

Aside from his defensive qualities, Conti scored eight goals and provided five assists last season as he helped Atalanta qualify for the Europa League, and he would be a crucial signing as a long-term solution at right-back.

Not every signing this summer is going to get universal approval, but it’s clear to see that Montella and the Milan management are trying to build a well-rounded squad with players who want to play for the club.

The long-term, game-changing signings have already mostly been made, but it’s important not to get spoilt at this point as there’s undoubtedly going to be a push between now and the start of the new season to balance things out with sales and less extravagant or less popular purchases, too.

What these signings do bring is more pressure on Montella, as he’s getting his way this summer and must now deliver.