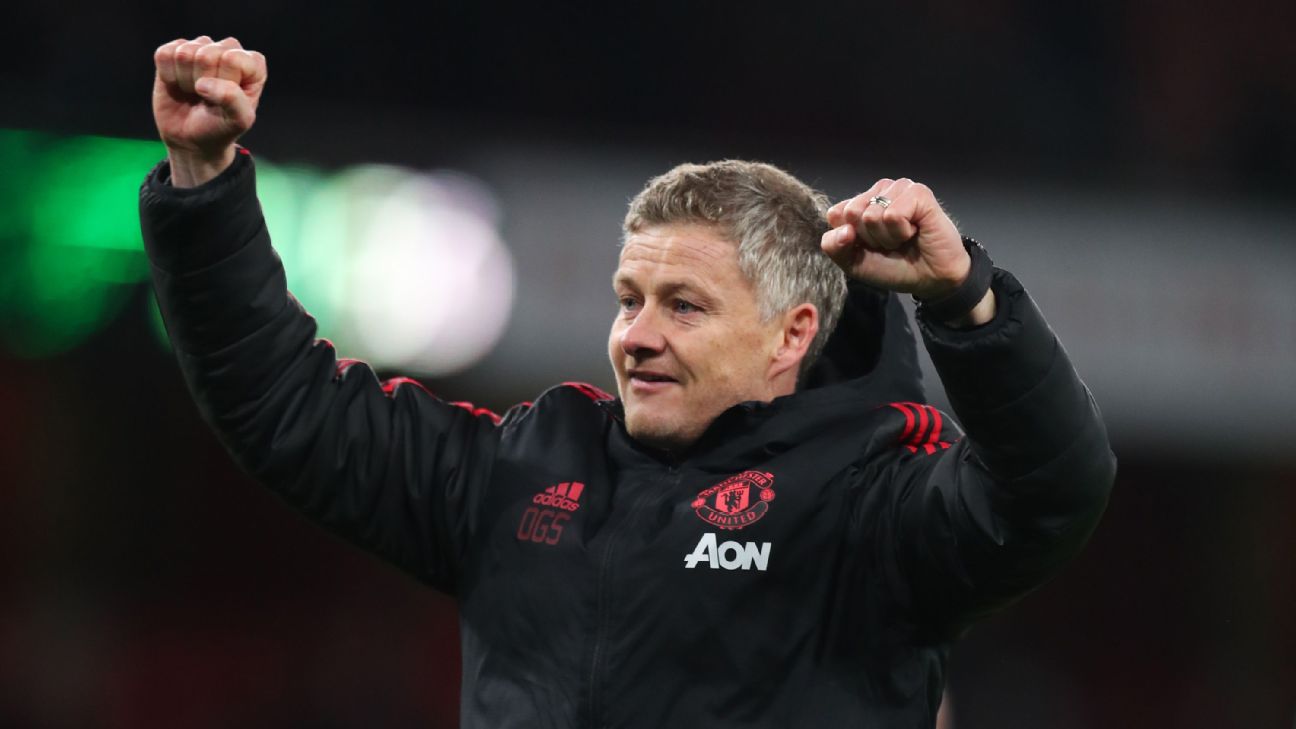 
Manchester United will travel to London for their FA Cup fifth-round tie after being drawn against holders Chelsea.

With Arsenal, Tottenham and Liverpool already out of the competition, Monday’s draw means that, at most, only two of the top six in the Premier League will progress to the quarterfinals.

United, who beat Arsenal 3-1 in the fourth round to advance, will look to continue their remarkable form in the league and cup under new manager Ole Gunnar Solskjaer when the ties play out from Feb. 15-18.

Chelsea, who saw off United 1-0 in the 2018 final, beat Sheffield Wednesday 3-0 on Sunday night at Stamford Bridge to advance.

A number of teams are still awaiting replays to determine their opponents including Pep Guardiola’s Manchester City, who will face Middlesbrough or Newport County, while Crystal Palace will play away at League One Doncaster Rovers — in the fifth round for the first time in 63 years

League One AFC Wimbledon, who knocked out top-flight West Ham United, take on Championship (second-tier) Millwall, who eliminated Everton in the fourth round.

– Swansea City vs. Barnet or Brentford