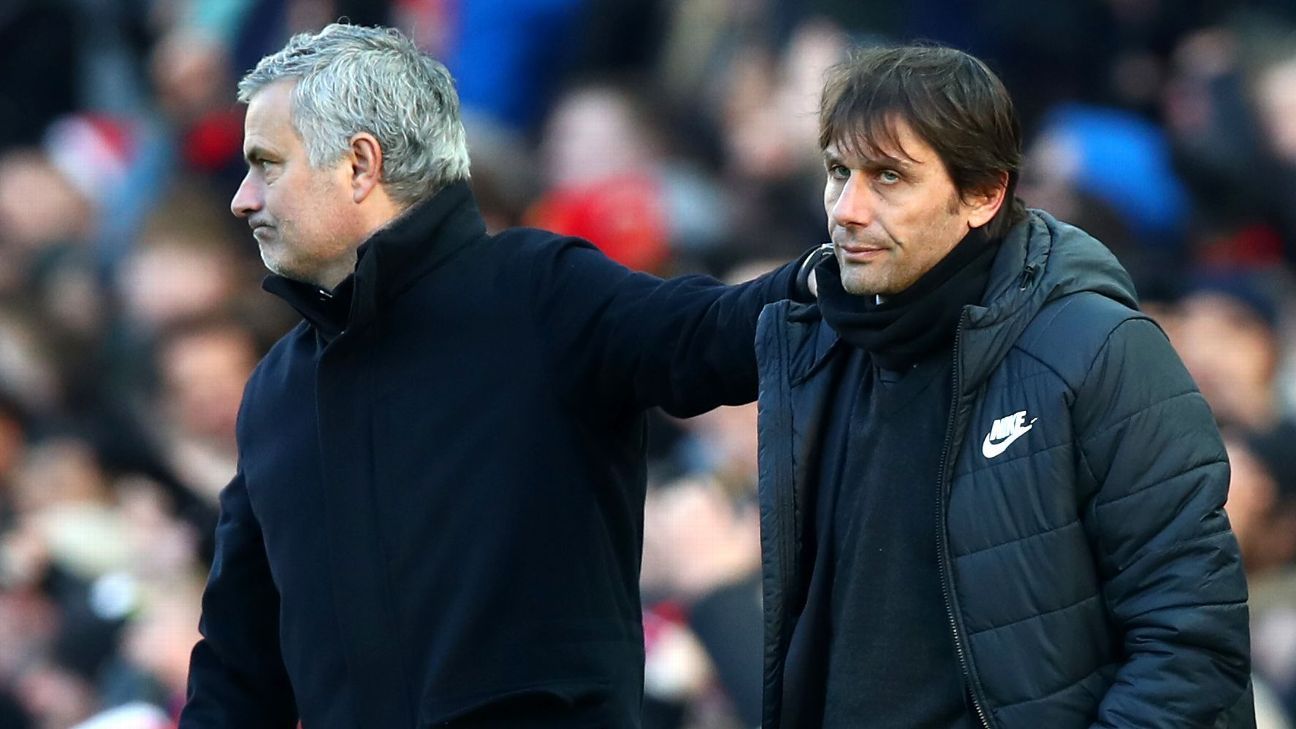 
LONDON — Antonio Conte insisted his past conflicts with Jose Mourinho will not overshadow next month’s FA Cup final between Chelsea and Manchester United after the Blues beat Southampton 2-0 at Wembley.

Second-half goals from Olivier Giroud and substitute Alvaro Morata saw off a spirited Saints side to set up a third clash of the season between Chelsea and United, who edged Tottenham 2-1 in the first semifinal on Saturday.

The final will also reunite Conte with the manager he called a “little man” and a “fake” back in January, in response to Mourinho’s decision to reference the match-fixing investigation he faced — before eventually being cleared of all wrongdoing — during his time coaching in Italy.

But speaking in a news conference after Chelsea’s victory, Conte was adamant that next month’s final will not be about the two men on the touchline.

“With Jose, we have clarified the situation,” Conte said. “This is the most important thing. There is not a problem between him and I. I think this final is a game between two great teams: Manchester United and Chelsea.

“We are talking about two managers with strong characters, and two winners. When in your mind and your heart and your blood there is the will to win, for sure, we want to try to win this trophy. The same way Manchester United want to do this.

“I have great respect for United’s story, for Mourinho’s story. They have the same respect, I think, for Chelsea’s story and my story.”

Conte did, however, suggest that United and Mourinho will be under more pressure to lift the FA Cup at Wembley next month.

“For sure, in my mind, I can tell you that we played last season in the final and arrived as favourites against Arsenal,” he added. “This season, we are arriving not as favourites. But, as you know very well, we lost the final despite being favourites in my mind.”

Eden Hazard was voted man of the match for Chelsea but it was Giroud who made the decisive breakthrough in the 46th minute, latching onto the Belgian’s through ball and slaloming around three Southampton defenders as well as goalkeeper Alex McCarthy before slotting in.

It was the 22nd goal that Giroud has either scored or assisted in 26 FA Cup appearances, and Conte praised the Frenchman’s contribution since arriving at Stamford Bridge from Arsenal in a deal worth around £12 million in January.

“For sure, he has been a good signing for us,” Conte added. “As you know very well, I needed a player with this characteristic: strong physically, to hold the ball up and allow our No. 10 to make combinations with him.

“Morata is an important striker. I think he’s younger than Olivier. He has less experience. He is less strong physically but, at the same time, is very fast to act on the space. I’m pleased for both because in the last game against Burnley we started the game with both players and they showed a great link.

“I’m very pleased to see that, because I have another option now, another card in my hand during the game. Today I decided to start with Olivier because I knew we had to play against the three central defenders, very strong physically.

“But when Morata came on, the impact was impressive. In the same way as Pedro’s impact, which was important. And also [Tiemoue] Bakayoko.”