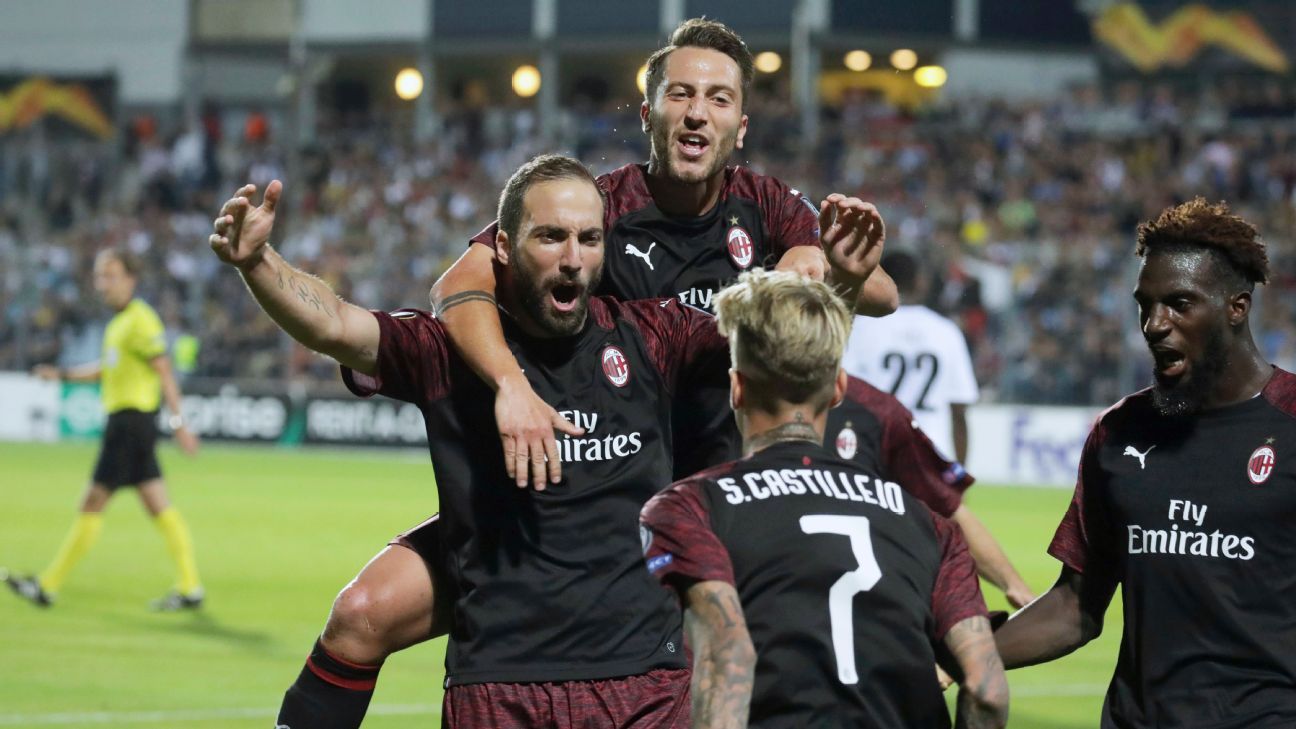 Gonzalo Higuain’s deflected effort in the 59th minute sealed a 1-0 victory for AC Milan over Luxembourg side F91 Dudelange on Thursday night in Europa League action.

Dudelange, the first team from Luxembourg to reach the Europa League group phase, produced a resolute display against the seven-time European champions at the Stade Josy Barthel.

Dominik Stolz had Dudelange’s best chance of the night in the 36th minute with a run up the right side that saw the German midfielder sail the ball over the goal.

The home side played well-organised defence throughout the night, with goalkeeper Joe Frising denying Higuain’s potential second goal in the 82nd minute.

Milan’s next Group F match in a fortnight will be at home against Greek giants Olympiakos, with Dudelange traveling to Sevilla for its match against Real Betis.