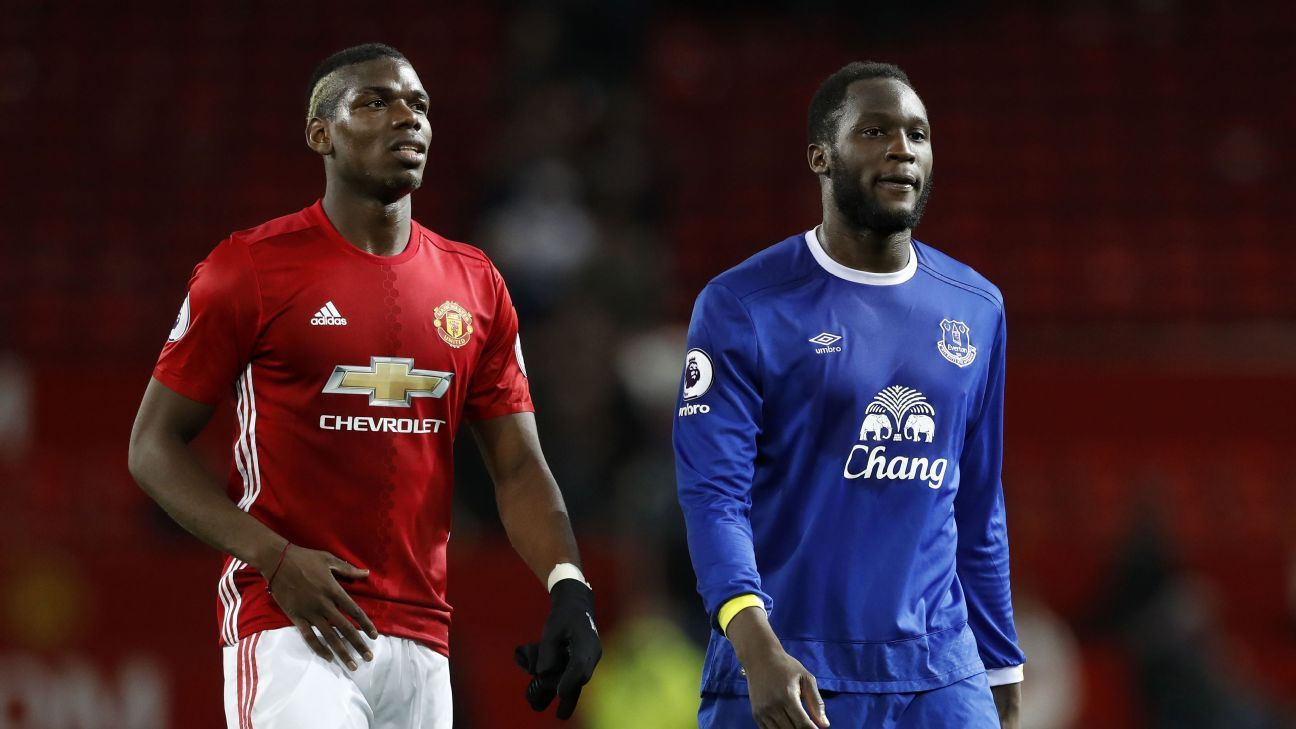 
In an exclusive interview, Paul Pogba and Romelu Lukaku have told ESPN FC that destiny brought them together at Manchester United.

Belgium international Lukaku had a medical with the club on Saturday ahead of a move from Everton and has been holidaying with his friend and future teammate Pogba in Los Angeles, which happens to be the base for United’s preseason U.S. tour.

The pair said playing for the same team was a dream that both had held for a long time.

“Well, I always knew he wanted to play with me,” Pogba said. “I’m just kidding. We knew it would happen one day. One day. I don’t know when and where, and now it’s happening, so I’m very happy for that.”

Lukaku added: “I’m really happy. I’m delighted. I always said that the moment would come. When we were younger, I would say there will be a day that we’ll play together and we can compete for the trophies that we want to win.

“And now the moment has arrived, so I’m delighted. It’s nice to play with one of your best friends in the team. Now it’s up to us to challenge ourselves, first of all, and then the rest of the team to become better each day.”

Lukaku, 24, had been linked with a return to his former employers Chelsea this summer, only for United to move ahead of the Premier League champions with their own bid last week.

Pogba said he had been lobbying for his club to make a move for the striker, but in the end it was United manager Jose Mourinho that had to make the decision.

“I mean, it was just luck that I was in Manchester United, but obviously for me, if I can push, I will push,” the France international said. “But it’s not my decision, by the way. It’s not my decision. It’s the manager’s decision, all the technical staff. Obviously, I think the players, we’re all happy that he’s playing for United, and we’re very happy for that.”

“We met for the first time at Stamford Bridge when Chelsea played Man United,” Lukaku said. “We were both in the stands looking at each other like: ‘What are we doing here?’

“But it was a great game to watch, and to learn, as well. After the game, we start speaking — we exchanged numbers. And we knew the year after would be our year. He went to Juventus and did his thing. I went to West Brom and learned my trade in the Premier League, and here we are now.”

Lukaku said, however, that he had known about Pogba’s ability well before they met that day in London.

“I knew about him when I was 15, because he played against my brother. I was already with the first team at Anderlecht,” Lukaku said. “My dad came to the house, and he said: ‘There’s this kid for France. Amazing.’

“So I said, ‘What’s his name?’ and he’s like ‘Paul Pogba, and he’s going to play for Manchester United.’ Then I started looking some videos up on YouTube. When you’re younger that’s what you do. You try to look for the guys who are good at your age, so I went and I was looking, and I knew he was a good player.”

For Pogba, two months Lukaku’s junior, it was a similar story.

“You say 15. For me, it was 13,” Pogba recalls. “I was even younger. Everybody knew about Romelu Lukaku. I think when he was 11, he was playing for the first team already! I could see some video.

“So, yeah, obviously I knew about him. Like he said, we saw each other during the game, Chelsea against Man United, and we start talking. We had the same dreams, same goals.

“We were talking like, hopefully the day will come. We just have to keep working hard, and one day we’ll start playing for the team. And we kept in touch, and he became one of my best friends outside the pitch and became a top-class player. So I’m very happy for him, yeah.”