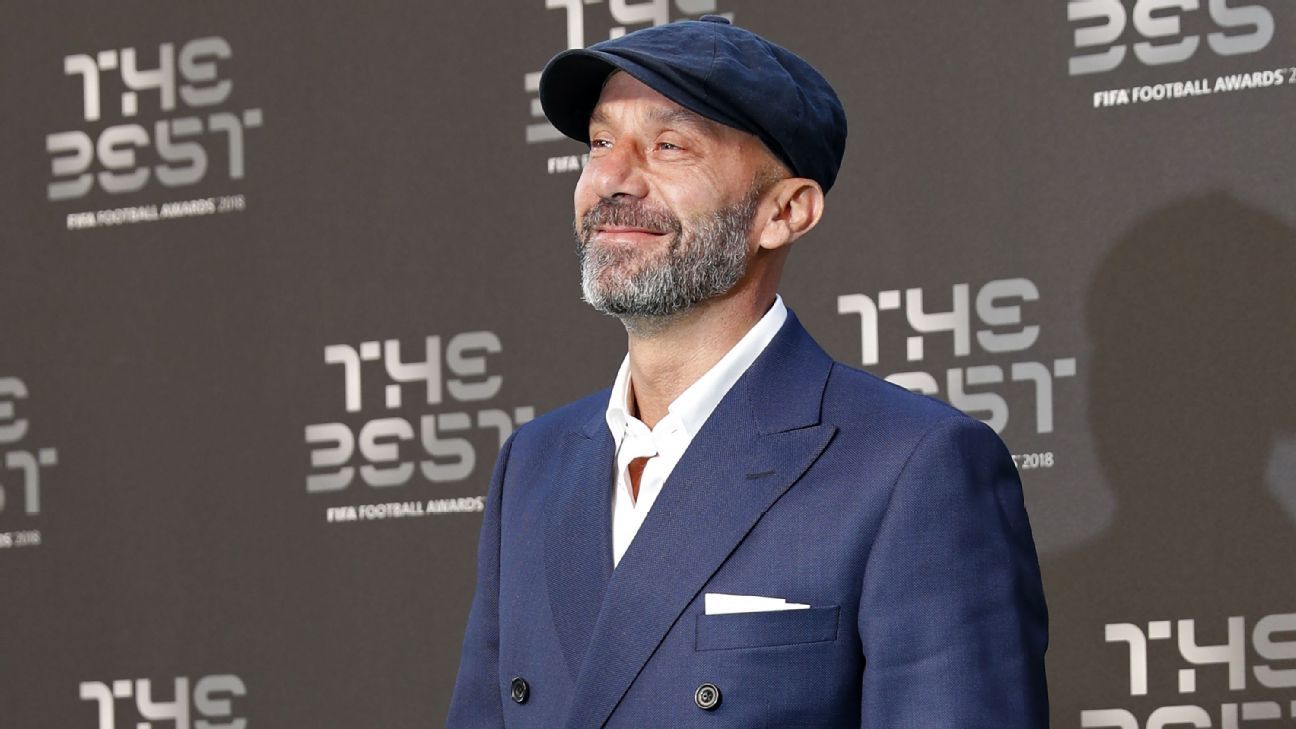 
Former Chelsea player and manager Gianluca Vialli has revealed that he has been fighting cancer in an interview with Italy’s Corriere della Sera.

Vialli, who was part of Chelsea’s 1998 European Cup Winners’ Cup-winning side, and sat on the Blues’ bench between 1998 and 2000 — winning the FA Cup in his final season — said he had been keeping the cancer secret so as not to upset anybody.

“I would have gladly done without it,” he said. “But it wasn’t possible, so I just considered it a part of my life which had to be faced with courage and from which I could learn something.

“I knew it was hard and difficult to tell people, to tell my family. I never want to make the people dearest to me suffer: my parents, my brothers and my sister, my wife Cathryn, our children Olivia and Sofia.

“You get a sense of shame, as if what is happening to you is your own fault. I was going around with a jumper under my shirt so that nobody would notice [the weight loss], so that I would still be the Vialli that they knew, then I decided to reveal all and put it in a book.”

Vialli’s autobiography will be released on Tuesday and, in addition to discussing a career which spanned two decades and included a Champions League title with Juventus in 1996, he goes into greater depth about the illness which he said he is still fighting.

The 54-year-old, who works as a pundit for Sky Sport Italia, said he does not feel he has yet won the biggest match of his life, although he is fighting it with the same determination which characterised his playing career.

“I’m fine — in fact, I’m really fine,” he said with a smile. “A year has passed and I’m getting my monster body back.

“But I still don’t know how the match is going to end. I hope that my story can help inspire others who are at a decisive crossroads in their lives. One of the important things, which I wrote on yellow post-it notes and stuck on the wall during therapy, was that we are the product of our own thoughts.

“The important thing is not winning, but that we think in a winning way. Life is made up of 10 percent of what happens to us and 90 percent of how we face it.

“I hope my story can help others face what happens in the right way.”

Liverpool make a statement; Barcelona, Real Madrid win ahead of Clasico
Alexandre Lacazette making case at Arsenal for extended stay beyond existing deal
Barcelona, Real Madrid and El Clasico The people who made it the biggest match in soccer
Arsenal vs. Aston Villa – Football Match Report – October 22, 2021
With Barca and Madrid in crisis, Clasico takes back seat to Champions League ties vs. Ukrainian opposition