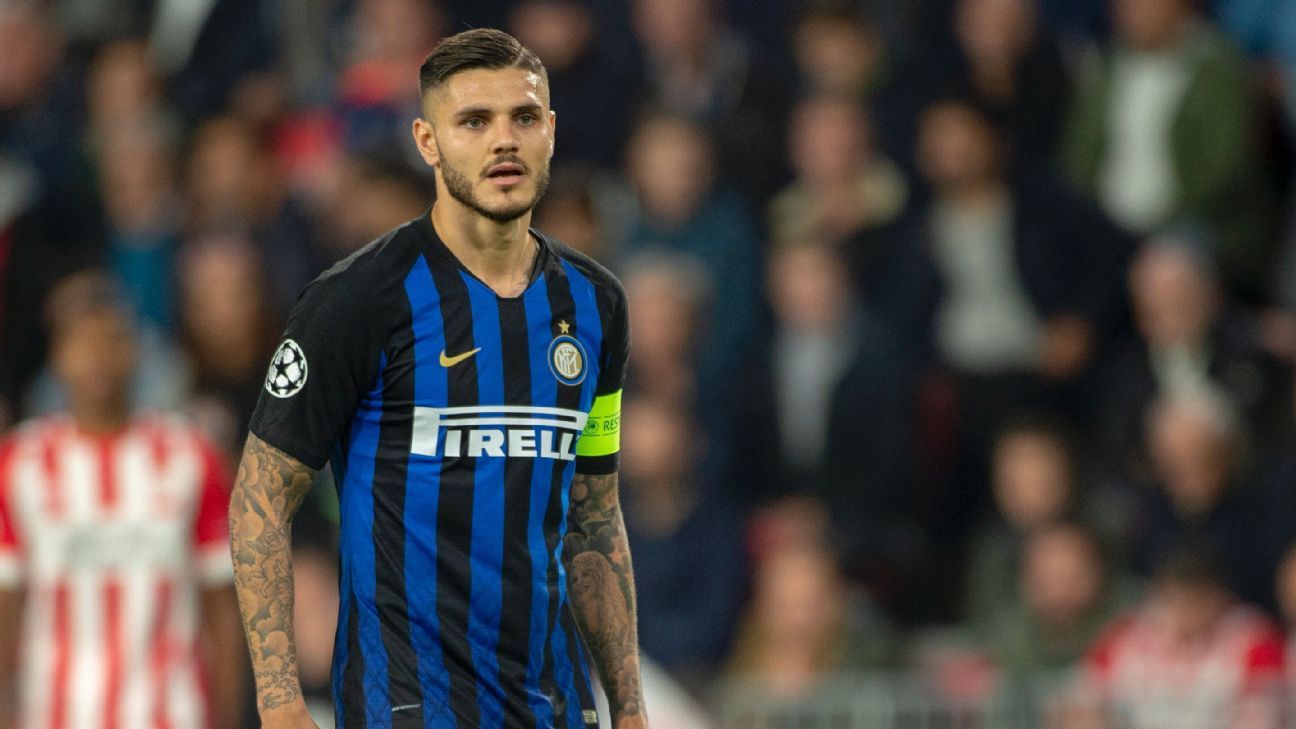 
Barcelona have a tendency to long for players who have left. Many would like to see Hector Bellerin, Alejandro Grimaldo and Thiago Alcantara return to the club — or at least wish that they never left in the first place. Gerard Pique, Cesc Fabregas and Jordi Alba all did come back. To hammer home the point, there’s already angst about how the club could have prevented youngsters Sergio Gomez, Jordi Mboula and Eric Garcia from leaving and what they might go onto achieve.

Yet there’s one player whose name rarely draws connections with Barcelona: Mauro Icardi.

The Argentina striker became the best paid 14-year-old in Spain when he agreed to sign for Barca a decade ago, with several sponsorship deals to boot. All of the country’s biggest clubs wanted him at the time — Barca, Real Madrid, Atletico Madrid and Sevilla — as did other teams around Europe, including Liverpool and Arsenal.

“But [Icardi] only wanted Barca,” Abian Morano Santana, the agent who discovered Icardi in Gran Canaria, tells ESPN FC. “It was his decision. They were the club he had always loved.”

It was Icardi’s dream to play at Camp Nou. On Wednesday, at the age of 25, he will finally do so, albeit in the black and blue of Inter Milan on the away side in a Champions League fixture. Italy, not Catalonia, is where he’s made his name.

After swapping Rosario, the birthplace he shares with Lionel Messi, for the Canaries as a nine-year-old, Icardi was eventually signed by Morano, who didn’t need a second look to realise the potential he had.

“I found him in Las Palmas,” Morano explains. “I saw him when he was 12 [playing for Union Deportiva Vecindario] against Paris Saint-Germain. He was already spectacular in a physical sense. I fell in love there and then and presented myself to his family.

“By the time he was 13, we had nine official offers. When he eventually joined Barca, he was one of best paid players in their whole academy. In his first two seasons he was the top scorer, he scored 19 in his first year and 17 in his second. But by December [of his third season], we’d left.”

Icardi excelled as the focal point of the Under-17 team coached by former Barca defender Sergi Barjuan, who’s now in charge of Chinese club Zhejiang Greentown.

“I spent one season with him,” Barjuan tells ESPN FC. “He was tall, strong… a great goal scorer. On a technical level, in terms of Barcelona, to be honest he was passable. He was a kid from the Canaries. People from there often need a push in the right direction because they tend to relax quickly. But we had a good friendship and shared an understanding of football.”

Morano and Barjuan’s memories of Icardi’s time in Barcelona raise a couple of questions: Why did he leave for Sampdoria if things were going so well? And why did Barca not fight to keep such a clearly talented teenager?

“He left because he wanted to grow,” Barjuan says. “There was a chance to do that at Barcelona but he saw that as the type of striker he was it would be difficult. So he took the decision [to move to Sampdoria]. It’s proven to be a successful move.”

Was it because he didn’t fit Barca’s style? Barjuan thinks for a second: “It was not a question of having Barca DNA or not. I think he has a lot of quality. But it was about seeing his future clearly, something which he wasn’t able to do at Barcelona, where it was tricky.”

“He had serious problems [at Barca]: the No.9 was not an important player,” Morano explains. “Messi was already in the first team, where Pep Guardiola had just taken over. The role of the centre-forward changed.

“There wasn’t space for Mauro. Look at [David] Villa, Zlatan [Ibrahimovic]… even [Thierry] Henry. They were all played out of position. I took the decision to say to Mauro: ‘You have to leave Barcelona.’ He had confidence in me. His parents did, too.

“Even then, he’d been the top scorer in every category. The third year, though, it became much clearer that a change was needed. Oscar Garcia was coach and he started playing a false nine, using Rafinha there. That’s when I took the decision to go to the club to ask to leave.”

Icardi moved to Sampdoria, who made the best offer for immediate progress, and then on to Inter, where his goalscoring feats saw him become the youngest Capocannoniere since Paolo Rossi in 1978 when he was Serie A’s top scorer with 22 goals in 2015. However, there has almost been as much spotlight on him off the pitch as there has on it at times.

An infamous love triangle with former teammate Maxi Lopez and Icardi’s now wife Wanda Nera have followed him throughout his career. Lopez and Wanda’s marriage ended when it was exposed that she was in a relationship with Icardi. The two players both played for Sampdoria at the time. Some even suggest Messi’s friendship with Lopez, a former Barca striker himself, has played a part in Icardi’s exclusion from the Argentine national team in recent years.

A controversial book published in 2016 also drew anger from Inter’s supporters because of comments he made about the club’s ultras. Could his character have played a part in Barca letting him leave?

“He could be a little rebellious,” Morano concedes. “He didn’t accept that he had to learn Catalan, for example. He had some problems with that. There were also some minor incidents with some teammates at the [La Masia] residency. But by his final year he was living in a flat with Sergi Roberto, Sergi Gomez and Marc Muniesa, not in the residency.”

On Wednesday, Icardi faces former flatmate Roberto as one of Europe’s best strikers. His winning goal in Sunday’s Milan derby was his 113th in less than 200 appearances for Inter. He’s often linked with a move away from the San Siro, yet strangely for a former youth player, never with a return to Barca — who are even looking for Luis Suarez’s heir.

“He will never return to Barcelona — that’s my personal opinion,” says Morano. Not even if Barca begin to play with a more out-and-out No.9 ? “It would still be difficult,” he adds.

Morano stopped working with Icardi three years ago when he was replaced by the player’s partner, Wanda. The two haven’t been in contact since but the agent is still aware of the extent of the interest from Madrid, Barca’s Clasico rivals, down the years.

“Real Madrid have always had an interest in Mauro,” he says. “But they will not negotiate with Wanda. He could win the [European] Golden Shoe somewhere like [Madrid]. But I’m convinced she wants him to stay at Inter, she wants him to have a profile similar to [Javier] Zanetti, to stay where he is as captain.”

A good performance at Camp Nou would help build his Inter legacy a little bit more. And, who knows, maybe it could lead Barca to finally long for him back.