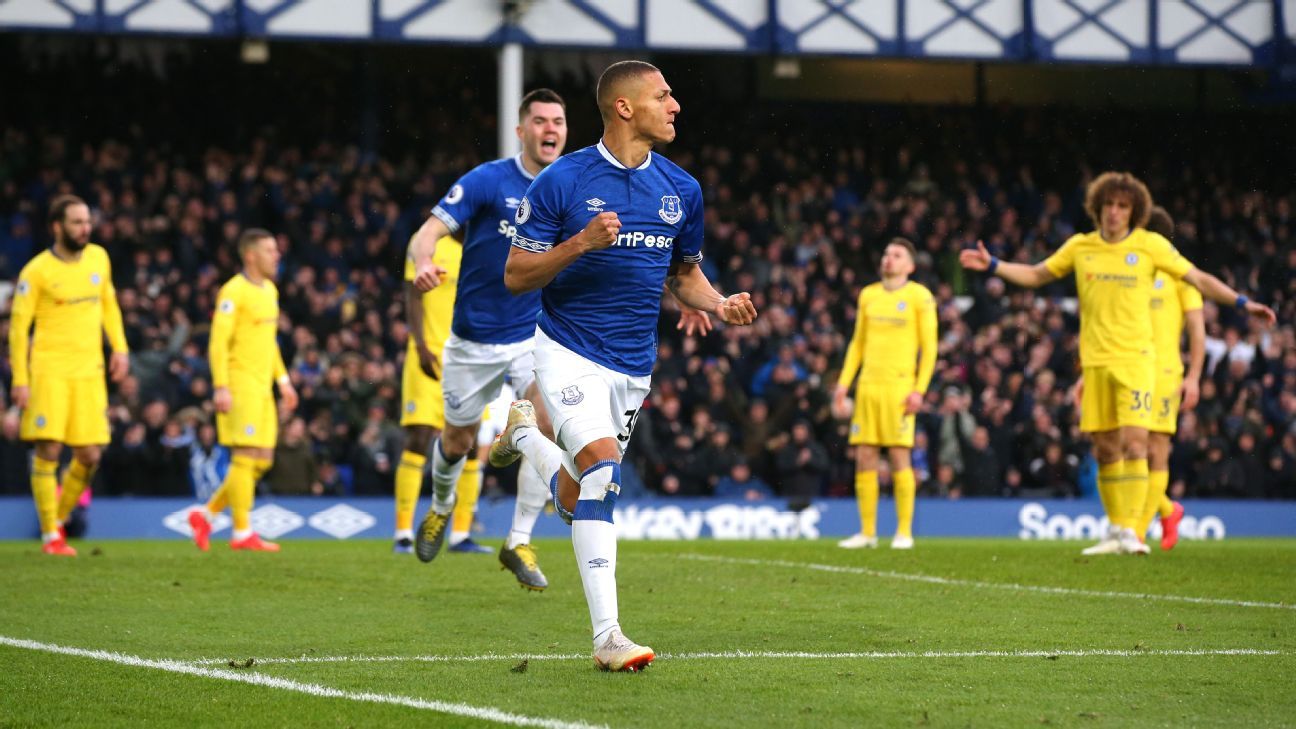 
Chelsea’s Champions League hopes were dealt a blow after they were beaten 2-0 by Everton at Goodison thanks to goals from Richarlison and a Gylfi Sigurdsson.

Despite an impressive first half display, Chelsea failed to break the deadlock and were made to pay when Richarlison took advantage of poor marking at a corner to open the scoring on 49 minutes.

And, after Marcos Alonso had fouled the Brazil international inside the box on 72 minutes, Sigurdsson secured his side all three points on the second attempt after Kepa Arrizabalaga had saved his initial penalty.

Chelsea, who came into this match knowing victory would take them above Manchester United and into firth place, were the better team in the opening exchanges and came close to taking the lead when Eden Hazard hit the post.

While Gonzalo Higuain also came close to scoring before Pedro had a goal ruled out for offside as the visitors were the better team in the opening 45 minutes.

However, Marco Silva’s half-time team talk appeared to revitalise his side and Everton came out a totally different team in the second half.

The result means Everton enjoyed their first win against top six side under Silva and lifted them to 11th, while Chelsea remain sixth.