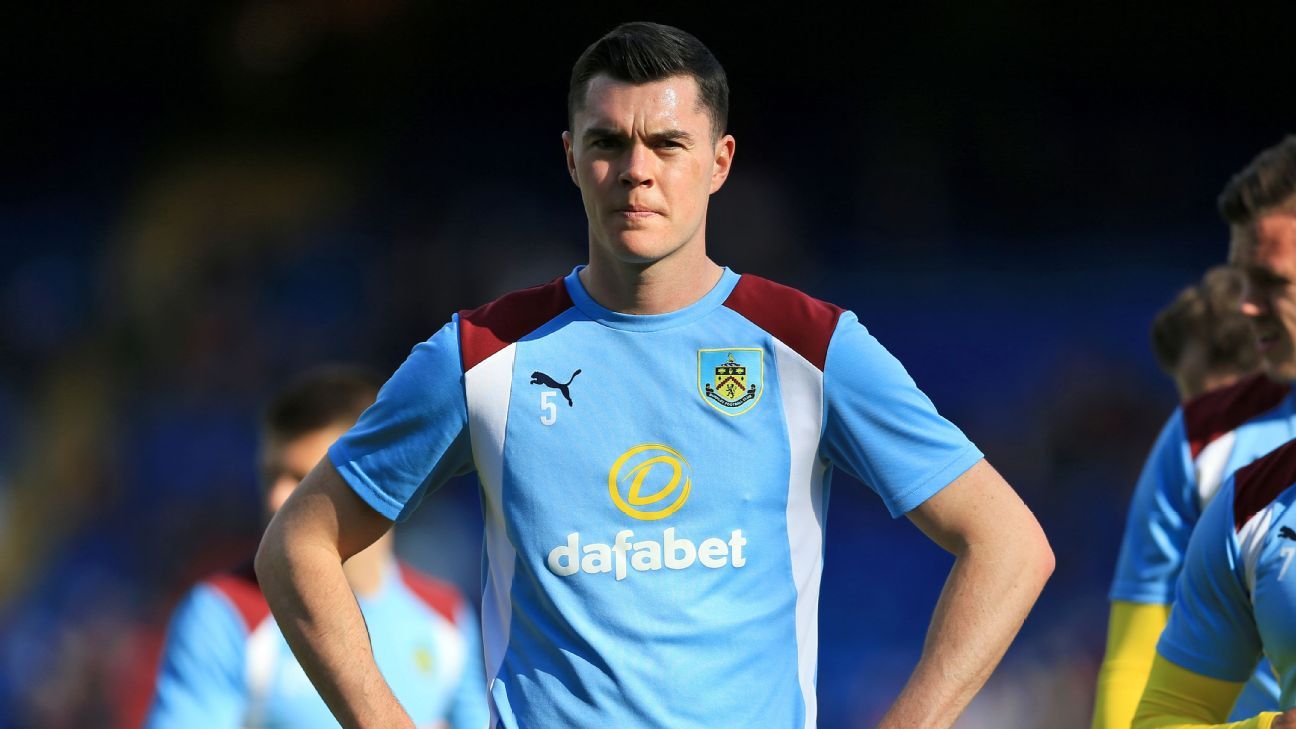 The Premier League club had been in talks with Burnley for several weeks over a deal for Keane before agreeing a fee in the region of £25 million, which could rise to a £30m — equalling the club record set by the addition of goalkeeper Jordan Pickford earlier this summer.

Keane, who had been entering the final of his contract at Turf Moor, will now line up next to Ashley Williams in Everton’s back line after signing a five-year contract until 2022.

The 24-year-old credited manager Ronald Koeman as the main reason he chose Everton over other suitors.

“I’m absolutely delighted to be at Everton, a fantastic football club with passionate fans and a great tradition and I can’t wait to come into training tomorrow to meet all the lads,” Keane said.

???? | We’ve signed Michael Keane on a five-year deal for a fee which could rise to a Club-record £30m

“First and foremost, the manager was a big factor in me coming to the club. He played in my position when he was a world-class player for a great Barcelona side and a great Dutch side and the style of football he likes to play will suit me, I believe.

“He’s convinced me that he can still improve me in certain areas of my game. I’m only 24 which, for a centre-half in the Premier League, is relatively young. I’ve still got a long way to go and I know this and hopefully under his guidance I’ll keep improving.

“You always want to play for a manager who believes in you. I wanted to come somewhere I was wanted by the staff, players and fans as well. I feel like Everton is the perfect match.”

“We knew there would be competition from other clubs but Michael believes in the ambition of Everton and what we want to do and this is the perfect moment for him to come,” Koeman said.

“I believe there is much more to come from Michael and that’s what makes his signing really exciting for me — we will see his development as a player along with the progression overall within the club.”

Just a few hours earlier, Everton announced the signing of Sandro after triggering the 21-year-old’s release clause of €6 million (£5.25m).

Everton have been looking to bolster their attacking options this summer, with Romelu Lukaku appearing likely to leave Goodison Park, and have now signed the former Barcelona player until 2021.

“I’m very happy, this is a big step in my career,” Sandro told Everton’s website. “I know I’m signing for a massive club in England. Everton is the ideal place for me, I’ve got the ideal manager who is going to keep giving me the confidence to improve my game.

“I cannot wait to wear the blue shirt in front of the Everton fans at Goodison Park. It’s a big jump in my career coming to the Premier League and for a club like Everton which is really on the up. They have got big plans and want to succeed and keep developing. I’m hoping I can get to know my teammates as soon as possible, and want to adapt to the football and the way of life in the city.

“Everton have made some big signings and we’re hoping we can put in a great season and hopefully then we can achieve that aim of getting in the Champions League. It will be a big season for us.

“I was lucky enough to play with some of the best players in the world and managed to win the odd trophy but the important thing now is that I’m very happy to be signing for Everton. We’ve got a fantastic squad and I’m excited about being able to compete at Everton and win plenty of silverware.”

Sandro came up through the Barcelona youth system and made 32 appearances for the first team before a move last summer to Malaga, where he scored 16 goals in 31 games.

Atletico Madrid had been leading the race for Sandro, but their transfer ban stopped a potential move for him to stay in Spain.

Sandro’s arrival follows the likes of Pickford, Davy Klaassen and Henry Onyekuru, which already had taken the club’s summer spending over the £60m mark.

Koeman said: “There was a lot of interest in Sandro because, of course, he’s a goal scorer, he’s young and he has a big future in the game. We have been trying to bring in good players so we can have greater productivity in the team and he will bring that. He will bring a lot of good qualities and he’s a really good goal scorer, too.”