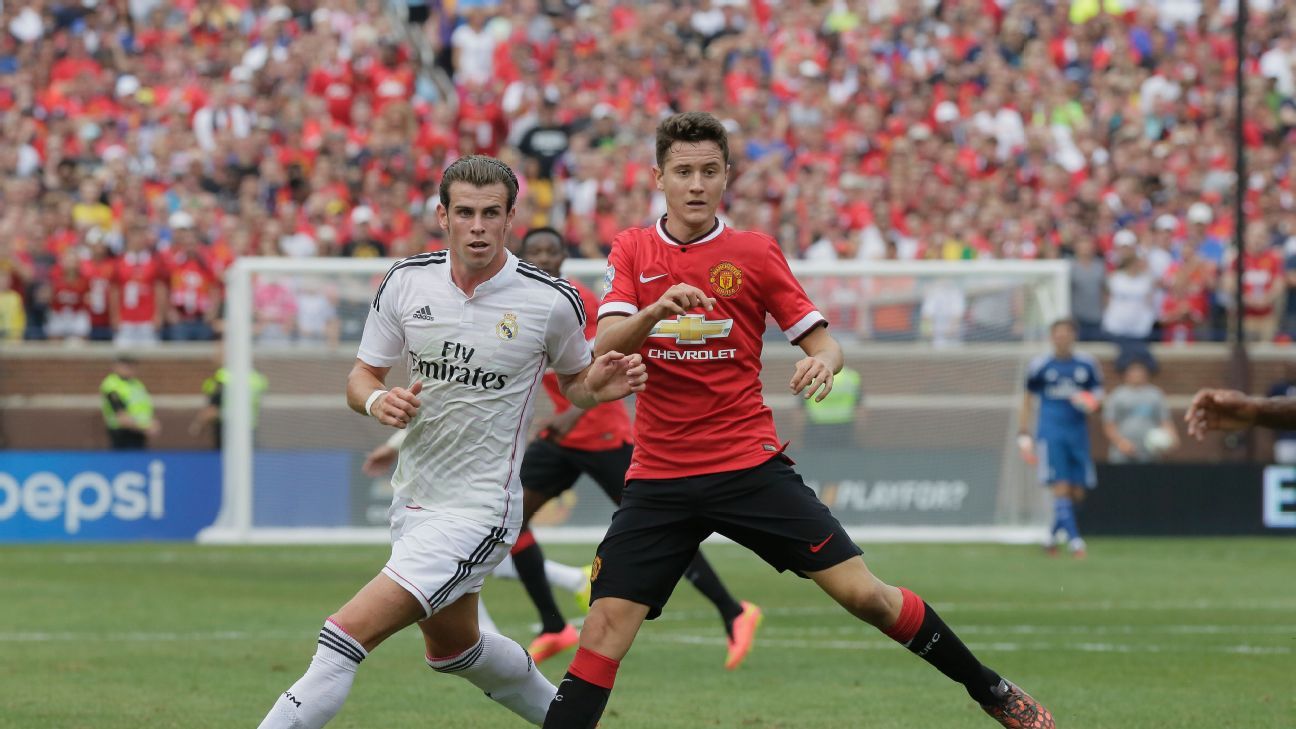 
They say that familiarity breeds contempt, and there is certainly a sense of Manchester United and Real Madrid being irritated by each other in recent weeks, months and years as they prepare to meet in Santa Clara, California, on Sunday.

United and Real have trained alongside each other in California over the past week at UCLA, with two of the world’s most expensively assembled squads preparing for the new campaign on pitches no more than 50 yards apart.

And when they face off in Santa Clara at Levi’s Stadium — the clubs last met on U.S. soil in a 2014 friendly, when a crowd of more than 109,000 in Ann Arbor, Michigan, watched United win 3-1 — it will be just more than two weeks until they meet again in the UEFA Super Cup in Skopje, Macedonia.

Considering that Real and United will be in different pots for next month’s Champions League draw, it would be no surprise to see the pair joined together in the group stages, but who knows how relations between them will be by then.

Traditionally the two clubs continuously jousting for the title of being the world’s biggest and most glamorous have enjoyed a respectful relationship, one that dates back to the late 1950s and the time immediately before and after the 1958 Munich air disaster, which cost the lives of eight United players.

There is a mutual admiration but also an air of distrust that, in recent years, has stemmed from Real targeting United’s best players and, more often than not, prising them from Old Trafford.

United might be rich, powerful and successful, but Real appear to have that little something extra, and it is why David Beckham, Ruud van Nistelrooy and Cristiano Ronaldo have all left Old Trafford for the Santiago Bernabeu over the past 15 years.

David De Gea has proved to be the one that Real have been unable to get their hands on — so far — but their attempt to sign the Spain goalkeeper in 2015 collapsed only because of a late paperwork hitch rather than a newfound ability at United to resist their old rival in the Spanish capital.

It has been a different story in the other direction, though.

United have tried and tried again to snare Real’s best players since Ed Woodward succeeded David Gill as their senior transfer negotiator back in 2013, but each attempt has ended in failure.

Ronaldo and Gareth Bale have both had the opportunity to leave Real for United, yet they continue to play for the reigning European champions.

Sergio Ramos convinced United he was ready to leave Real two years ago, but that deal never happened either, and a year earlier, United’s move for Bayern Munich’s Toni Kroos came to nothing once Real swooped in for the German midfielder.

This summer we have seen Real’s valuation of Alvaro Morata put off United to the extent that they instead pursued, and signed, Romelu Lukaku from Everton.

Dealing with Everton is a much easier prospect than signing players from Real, though, and United continue to yearn for the day when they will go after a Real superstar and actually strike a deal to take him to Old Trafford.

But despite Real’s ability to resist United’s attempts to raid their squad, there is a fear of the English club’s financial might within the Bernabeu.

Real know they outscore United on glamour and trophies — 12 European Cups/Champions Leagues to United’s three is a pretty emphatic margin — but the Old Trafford money-making machine is the only one in the global game capable of outstripping Real’s, and that is enough to keep the Bernabeu hierarchy wary of United.

It was the successful commercial model United rolled out in the 1990s that provided the blueprint for Real to develop their own commercial success, and that, combined with their three Champions Leagues in the past four years, has confirmed Real’s place at football’s summit.

But if United can get it right once again on the pitch, Real know that a winning United would threaten their position at the top of that tree.

Sunday in Santa Clara might just be a preseason friendly in the International Champions Cup, but both clubs will be determined to win and claim the headlines in the States.

The Super Cup matters more, but such is the standing of both clubs, and their own belief that they are the biggest, that even a game played on the other side of the world in the middle of summer will be played with one wanting to outdo the other.