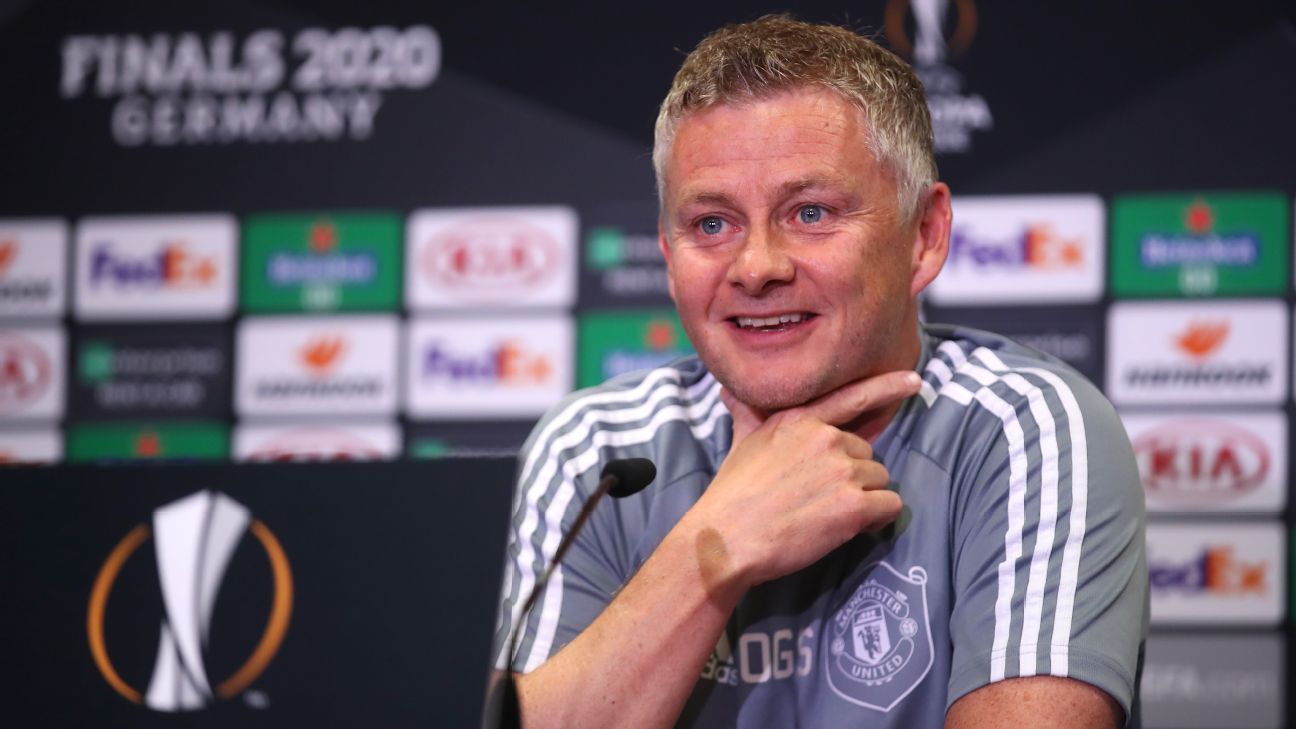 COLOGNE, Germany — Ole Gunnar Solskjaer has got some things wrong during his 20 months as manager of Manchester United, but not often in front of the television cameras. His predecessors in the post-Sir Alex Ferguson era — David Moyes, Louis van Gaal and Jose Mourinho — all, at one time or another, said the wrong thing, but Solskjaer has usually found the right tone.

It has been particularly apparent this week as the Norwegian prepares his team for the start of the Europa League mini tournament in Germany. With Champions League football secured through a third-place finish in the Premier League, he might have been tempted to pat himself on the back and focus on next season. Solskjaer, though, has repeatedly stressed the importance of trophies at Old Trafford and with it promised to attack the Europa League with the vigour he would have done had United finished outside the top four.

He has been at the club long enough to know that finishing third is not considered success and winning a European trophy — even if it’s not the one he really wants — resonates far more with fans. There is also €8.5 million up for grabs, but it’s the silverware that would mean most.

“I am ambitious and one of my dreams is to lift the trophy as a manager for this club,” said Solskjaer. “I owe my career to this club, so winning something as manager would be the proudest moment of my football life. It would be the biggest achievement.”

Solskjaer’s quest to collect a first trophy of his reign has so far been frustrated by semifinal defeats to Manchester City in the Carabao Cup and Chelsea in the FA Cup. FC Copenhagen, champions of Denmark in 2019, stand in the way of a third semifinal appearance of the season in what is a boiled-down version of the Europa League final rounds because of the ongoing coronavirus pandemic. The traditional home and away legs have been replaced by single knockout ties for the last eight and beyond, all held in Germany and all played behind closed doors.

A handful of United supporters were on the early flight out of Manchester on Sunday morning despite warnings to stay away, but Cologne — where Solskjaer’s squad will be based if they make it to the final on Aug. 21 — seems largely oblivious to the fact it is hosting the business end of a major European tournament. As United trained at the RheinEnergieSTADION, home of Bundesliga side FC Koln, on Sunday evening, the only noise outside was from the tennis courts across the road.

Things are slowly getting back to normal in Germany, and in Cologne the bars and restaurants are starting to welcome back customers, albeit socially distanced. At the stadium there are hand-sanitiser stations and temperature checks at every turn.

The players are being kept inside a bio-secure bubble and movement outside the team hotel is restricted by UEFA. It could be a long two weeks, and one problem for Solskjaer to solve is to keep the squad happy, relaxed and entertained.

“We have plans in place but, for me, it’s only about this first game,” he said. “We can’t think too far ahead. It’s a knockout tournament and if you don’t perform you’re going home. If we go through there are a few days for the next game. At the moment, we don’t have that problem.

“We are in a strange period and strange times and we’ve got to make the most of it. I think it’s strange and it’s not football as it should be — it’s changed a little bit. That little bit of passion and edge to the game is missing without the fans. They have to be there. I have to commend our players, they’ve handled the situation really well.”

Aside from all the other ways the world has changed, this is a different situation to the one United faced when they won the Europa League in 2017. Then, Mourinho sacrificed the league campaign to focus on winning the final and qualifying for the Champions League that way. He rested key players during the Premier League run-in and ended the campaign with a run of one win in six to eventually finish the season sixth. In that sense, the pressure is off for Solskjaer with Champions League qualification already assured, but the 47-year-old does not view it as a free hit.

“I don’t think so because we went into this season knowing Europa League was a great chance for us to get a trophy and to get far in a tournament,” said Solskjaer. “If we are able to go through to the semis and the final it would mean a lot to the players, the club, the supporters, the staff.”

Whatever happens in the next two weeks in Germany — where temperatures have regularly been reaching 95 degrees during a summer heatwave — Solskjaer and his players will wave goodbye to the Europa League next season and make their return to the Champions League. Solskjaer won’t want to be back any time soon, but he remains thankful for a season in Europe’s secondary club competition after he was able to put together the building blocks of his new team — particularly 18-year-old Mason Greenwood and 19-year-old Brandon Williams — away from the Champions League spotlight.

“It’s been perfect for us,” said Solskjaer. “The Champions League, of course we all want to be it in but maybe we wouldn’t have had the chance to play the likes of Brandon and Mason — the young kids who have now started what will be fantastic careers. The Europa League is about giving people chances, when they take them. Brandon is going to play in a quarterfinal in the Europa League and it’s been a great season for him. We have developed through the season.”

The next step for Solskjaer’s young team is to win a trophy.