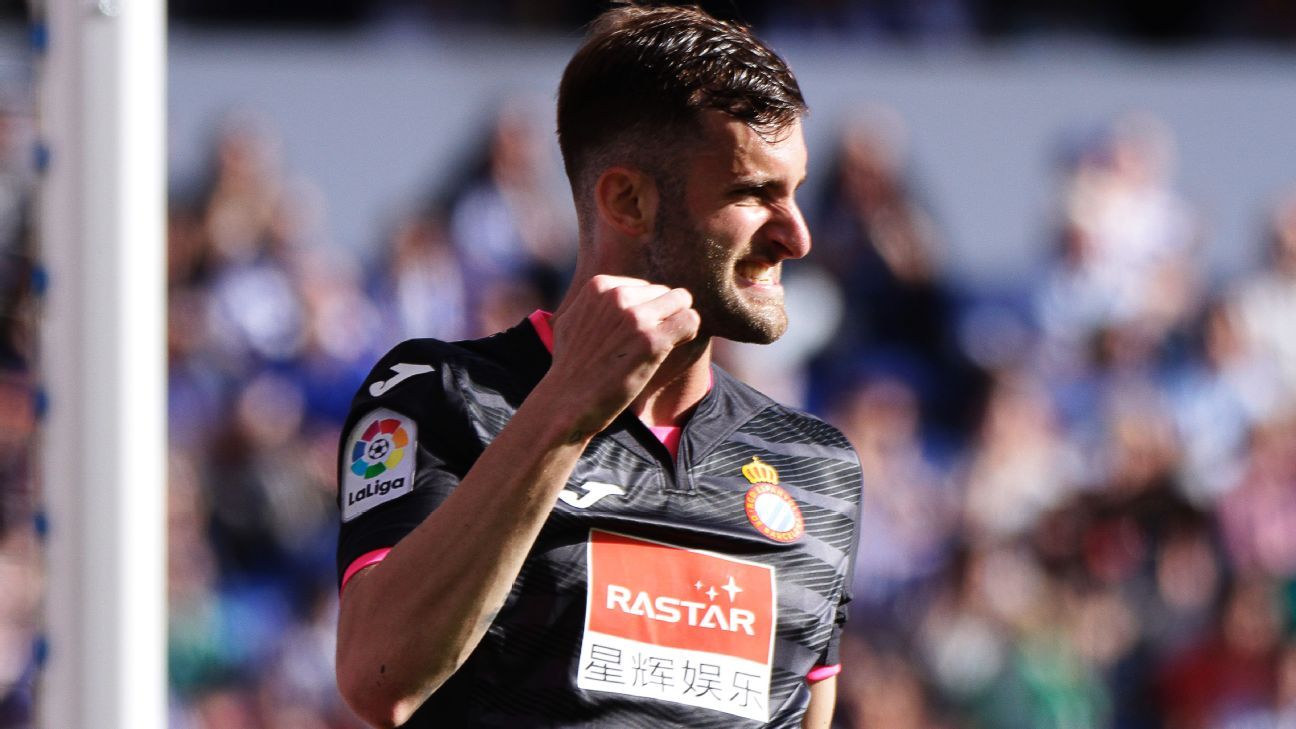 
Espanyol have bought the full rights of striker Leo Baptistao from Atletico Madrid, the Barcelona-based club have announced.

Baptistao, 24, joined Espanyol on a five-year contract from Atletico last summer, with the two clubs owning 50 percent of his sporting rights.

An Espanyol statement read: “RCD Espanyol has acquired 100 percent of the sporting rights of Leo Baptistao, who arrived at the Blanquiazul club last summer.

“Back then, the club paid €3.5 million for 50 percent of the player’s rights and now it has decided to pay the remaining amount in order to purchase his full rights. Baptistao’s release clause of €27m remains the same.”

Espanyol club delegate Ramon Robert was thrilled with the move and tweeted: “Talent and quality that is already a 100 percent asset of RCD Espanyol. Good luck and success, Leo!”

Baptistao moved to Atletico in the summer of 2013 from Rayo Vallecano, but had brief loan spells at Real Betis, Rayo Vallecano and Villarreal before arriving at Espanyol.