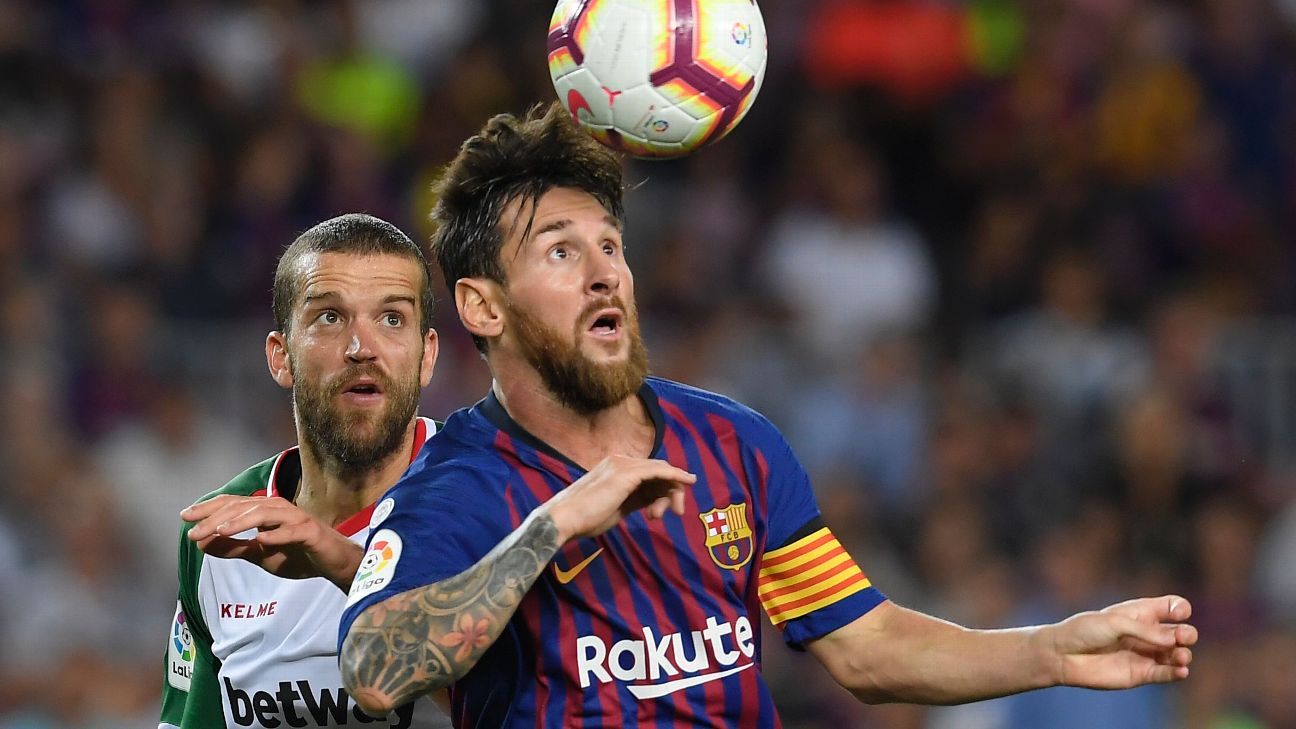 
BARCELONA — Lionel Messi put World Cup disappointment with Argentina behind him to kick off the new season with a bang, scoring twice in Barcelona’s 3-0 win against Alaves at Camp Nou on Saturday.

The forward’s first goal, Barca’s 6,000th in La Liga (he also scored their 5,000th in 2009) was delivered under the Alaves wall and coach Ernesto Valverde says we’re lucky to be living in the same era as him.

“Messi is a genius,” Valverde said in his postgame news conference. “We’re lucky to be able to see him every day.

“We’re lucky to be involved in football during the era in which he is playing — we want him to pull a rabbit from the hat every day.”

It was the second time this year that Messi has scored by sending the ball under the wall (the first time was against Girona in February) and Valverde expects him to keep on surprising people.

“There’s still room for Messi to surprise us,” he added. “He always surprises you — he never ceases to amaze me, honestly.

“I had no idea where he was going to put that free kick. No one did. It was like the one he scored against Girona last season. It’s not a common free kick but he does it often.

“He also scored a free kick against Alaves last year like his one in the first half tonight, which hit the bar. That was a great effort. You have to be ready to expect anything from Messi because he sees what no one else sees.”

Even visiting coach Abelardo, a former Barca defender, was full of praise for Messi’s performance.

“We’re happy because we competed well against a good Barca side and against a player [Messi] that once again has made the difference,” he said.

“In the first half, Messi had already hit the bar and then he takes that spectacular free kick. He has that capacity to score a goal at any moment of the game.

“He’s a gift to football … but not when he’s playing against you! For me, he’s the best player I have ever seen, but that doesn’t mean I’m going home happy tonight.”

Alaves, the last team to beat Barca at Camp Nou in La Liga, back in 2016, competed well in the first half and the game was still goalless at half-time.

However, Messi’s free kick paved the way for Barcelona to open their defence of the title with three points, with substitute Coutinho rifling home from inside the area inside the final 10 minutes.

Messi completed the scoring with the final kick of the game, reaching Luis Suarez’s pass before beating his man and slotting home.

“Even in the first 15 minutes of the second half, you could see that we were struggling [to break them down],” Valverde added.

“Alaves sat back deep, defensively they were very good and they kept their lines together well. We had to have patience but as the game grew we began to create more chances as they tired.”