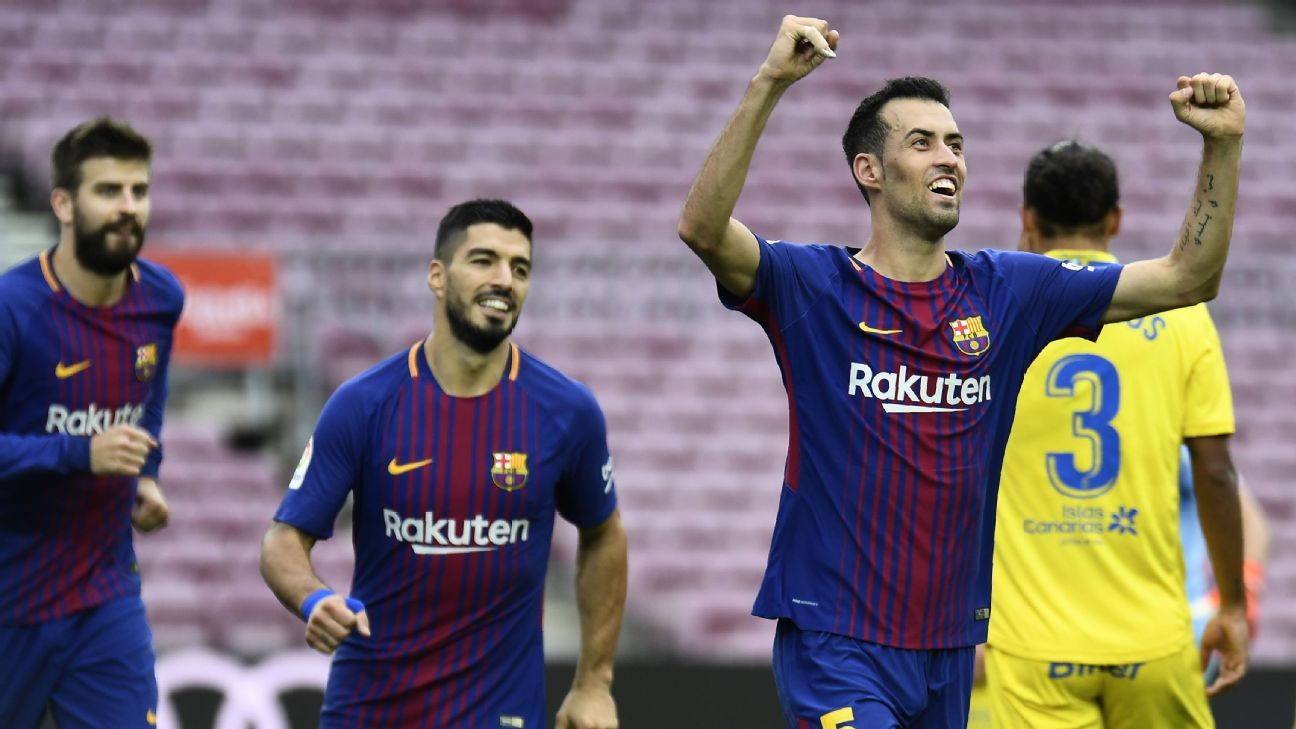 
There are plenty of reasons to be encouraged by Ernesto Valverde’s start to life as Barcelona coach. On Saturday, though, when they travel to Atletico Madrid, they have their first real chance to lay down a marker.

Results since the Spanish Super Cup defeat to Real Madrid have been perfect — nine wins from nine La Liga and Champions League games — and there are signs that the former Athletic Bilbao boss is beginning to put his stamp on the team. There is more cohesion in midfield. Lionel Messi is, as ever, in his pomp. And no team has conceded fewer goals in the league.

However, there’s a strong argument to be made that Valverde’s side hasn’t really been tested on the pitch yet. Things have been far from easy off it, where he’s had to deal with topics as diverse as Neymar’s departure, a coup against the current board, and the political situation in Catalonia. But on the pitch, things have been relatively straightforward for the most part.

Six of the teams Barcelona have beaten in the league, for example, are in the bottom half of the table. Five of them are in the bottom eight and four of them make up the bottom five. The only exception is Real Betis, who Barca were lucky to play in the first week of the season. Since then, Quique Setien’s team have got better and better, even beating Madrid at the Santiago Bernabeu.

It’s worth countering that point, though, with a glance back to last season. Dropped points against Alaves, Malaga (twice) and Deportivo La Coruna all contributed to the Blaugrana missing out on the title by just three points. Doing their homework, as Luis Enrique used to put it, against the lesser teams, therefore, should never be taken for granted.

“When you keep winning, it always seems like the big challenge is coming and the past doesn’t matter,” Valverde said in a news conference on Friday. “Atletico drew with Leganes in their last game. No game is easy. [Saturday] is a special game but we don’t think that the previous games didn’t count. I don’t want to talk like that.”

In addition to seven straight wins in the league, Barca have also earned back-to-back victories in the Champions League, at home to Juventus and away against Sporting Lisbon. So there have been challenges, but this weekend’s visit to Atletico still feels like it’s the first big test of the Valverde era.

Perhaps because it’s the first meeting between the two sides at the Wanda Metropolitano. Or perhaps, simply, because it’s the first meeting between two of Spain’s big three this season: Barca, Atletico and Real. Barca were unbeaten in that mini-league last season, picking up four points against each of the Madrid clubs, drawing at Camp Nou but winning on both of their trips to the Spanish capital.

What’s more, they have a good record against Diego Simeone. The Argentine coach has managed Atletico against Barca on 21 occasions, winning just twice. It should be noted, however, that both of those wins served to knock the Catalans out of the Champions League. A draw at Camp Nou in 2014, too, earned Atletico the La Liga title and stopped Barca, coached by Gerardo Martino at the time, from getting their hands on it in the process.

So while Simeone’s overall record against Barca is poor on paper, matches against them have provided some of his most memorable moments since he took over the Atletico in 2011.

Both teams are unbeaten this season, too. And while a win won’t hand Barca the title, it will leave Atletico nine points behind them. Even at this early stage of the season, that sounds like a big mountain to climb.

The match also has political undertones. It’s Barcelona’s first away game since, as a club, they condemned the police violence used against voters in Catalonia’s unilateral referendum earlier this month and played their game against Las Palmas behind closed doors. That they travel to Madrid, Spain’s capital city, is significant. There may well be even more Spanish fans among the Atletico support.

There will not, in theory, be any away fans, though. Barca turned down Atletico’s allocation after it was reduced, although, as is often the case in Spain, there may still be some Blaugrana shirts among the home supporters.

All in all, it sets up a fascinating match between two of Spain’s best teams. Two teams that have met each other 18 times in the past four seasons, with only one of those games producing a win for either side by more than a one-goal margin. The Vicente Calderon is gone but it’s time for new history to be made at the Wanda Metropolitano, where Valverde’s side can make a real statement.