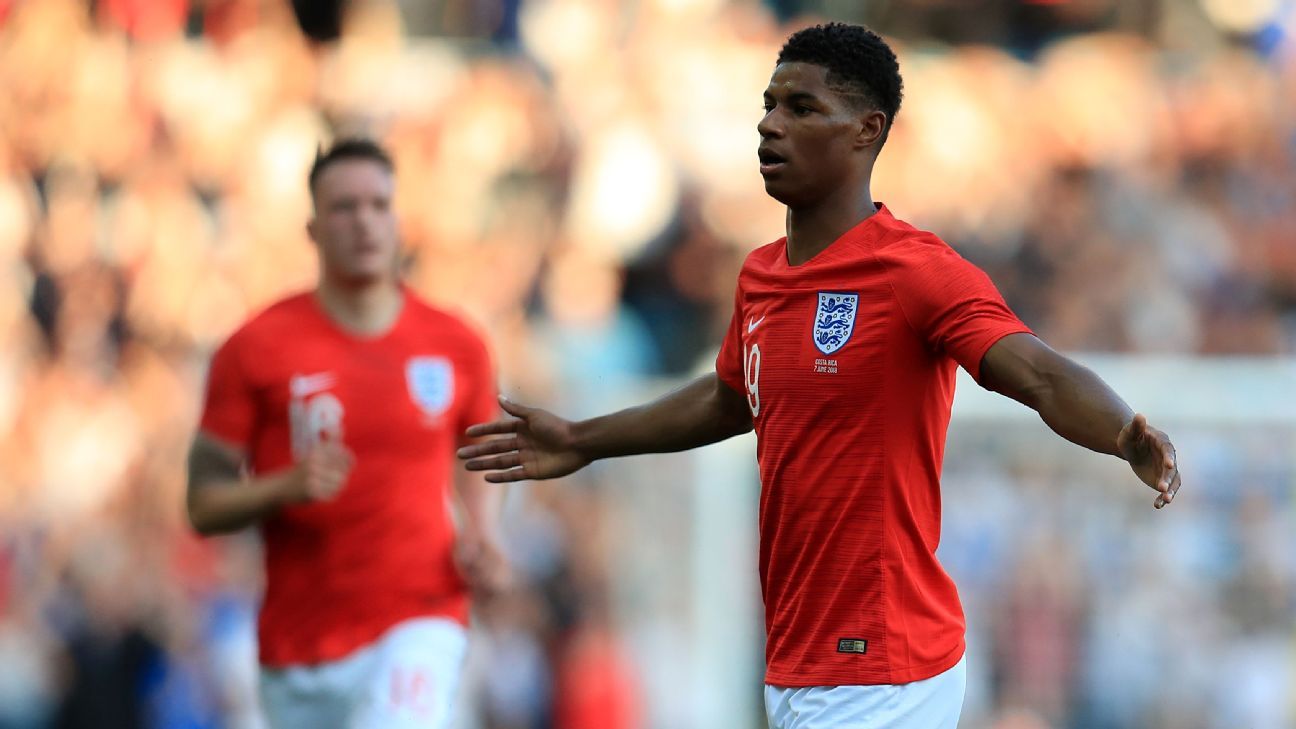 
Marcus Rashford has told ESPN FC he is better prepared for the World Cup with England than Euro 2016, despite admitting to being frustrated by his lack of regular action for Manchester United last season.

The 20-year-old staked a claim for a starting spot in the Group G opener against Tunisia on June 18 by scoring a stunning goal in a man-of-the-match performance in Thursday’s 2-0 win against Costa Rica at Elland Road.

It was a rare start for Rashford in Leeds having spent the majority of last season on the bench at Old Trafford.

But after travelling to Euro 2016 after bursting onto the scene as an 18-year-old two years ago, Rashford believes that his reduced workload last season has made him fresher ahead of the World Cup.

“It’s a bit of both,” Rashford said, when asked whether he was frustrated by his lack of action at United. “If you play a lot of games it’s difficult to be fresh at this stage of the season and if you play fewer games you have the feeling inside you that you want to play more.

“It’s a Catch-22, but I’m happy that I’m in good physical condition now — a lot better than I was at the end of last year. This year, I feel in better condition and that’s good.”

Rashford’s Euro 2016 campaign ended in disappointment with England suffering a shock second round exit against Iceland in Nice, despite the youngster’s late introduction as a substitute in that game.

But after the failure in France two years ago, Rashford claims there is now a better feel to the World Cup build-up, both as a squad and on a personal level.

“It’s definitely a different sort of vibe,” he said. “You’re a bit more prepared individually but also as a team as well, a bit more relaxed and going into the tournament we’re more clued up about what we need to do individually and as a team.

“It wasn’t a late call-up [two years ago] but everything happened quite fast. It feels normal now. It’s better for me because I’m more ready than I was then.

“We know what we can do as a team and we know how far we’ve come since the previous tournament.

“The identity now is completely different to what it was then so it’s difficult to compare the two because it’s a completely new set-up. We’re all comfortable around each other, we understand the identity of the team and the way we want to play.”