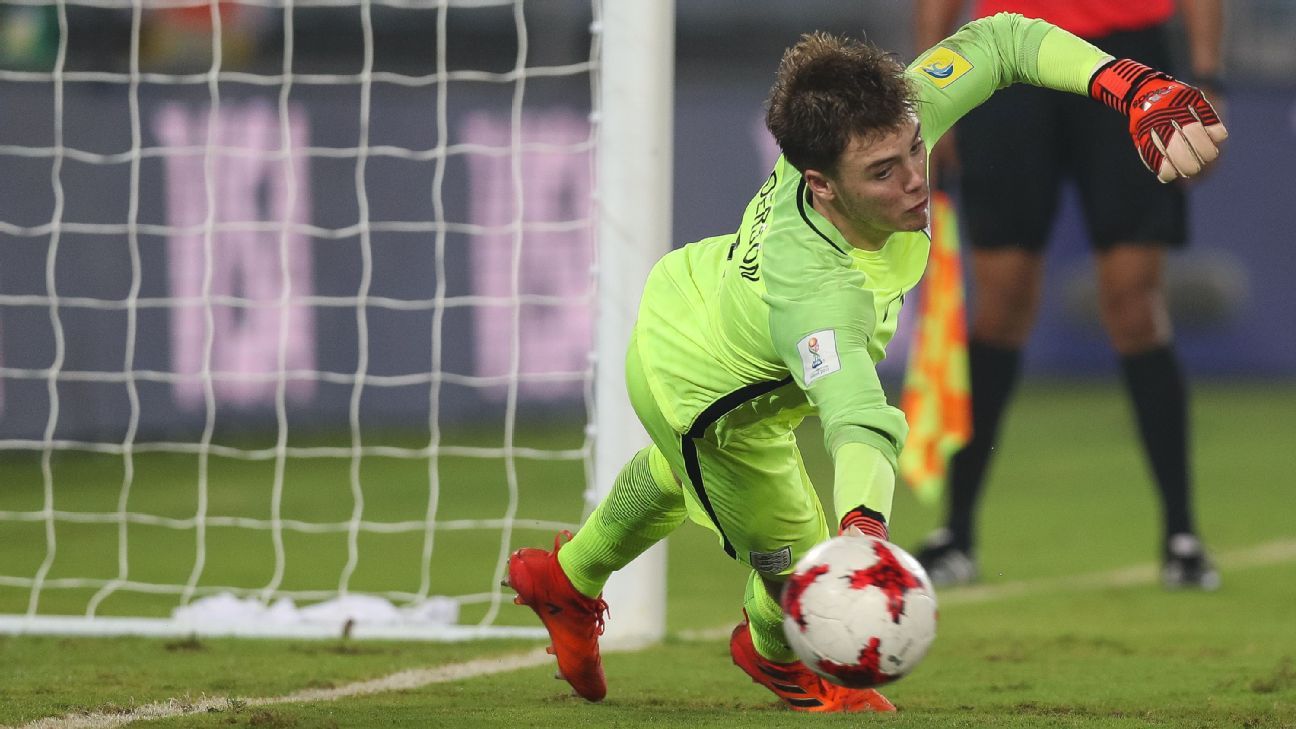 “When I heard that Charlotte Independence were interested in signing me I quickly decided that this was too good an opportunity to miss out on,” Anderson told the team’s website. “Especially the chance playing in senior football for the first time in my young career.”

The 18-year-old goalkeeper had not made a first-team appearance for the Premier League champions, who had international goalkeepers Ederson, Claudio Bravo and Are Muric ahead of him.

Sources told ESPN FC that Championship side Preston North End were also interested in Anderson but he opted to move to the United States in search of first-team football.

“Curtis is an excellent young goalkeeper,” said Independence head coach Jim McGuinness. “We’re very fortunate to bring in a talent that has a lot of high-profile youth experience at the club and international levels.”

He was the No. 1 for England when they won the World Cup in 2017 with a 5-2 victory over Spain and made a significant contribution to England’s success at the last-16 stage when he saved a penalty and scored one himself in a shootout victory over Japan.

City teammates Phil Foden and Joel Latibeaudiere were also in the England team that were successful in India while ex-City winger Jadon Sancho, who has since moved to Borussia Dortmund, played in the early stages of the tournament before being recalled by the Bundesliga club.