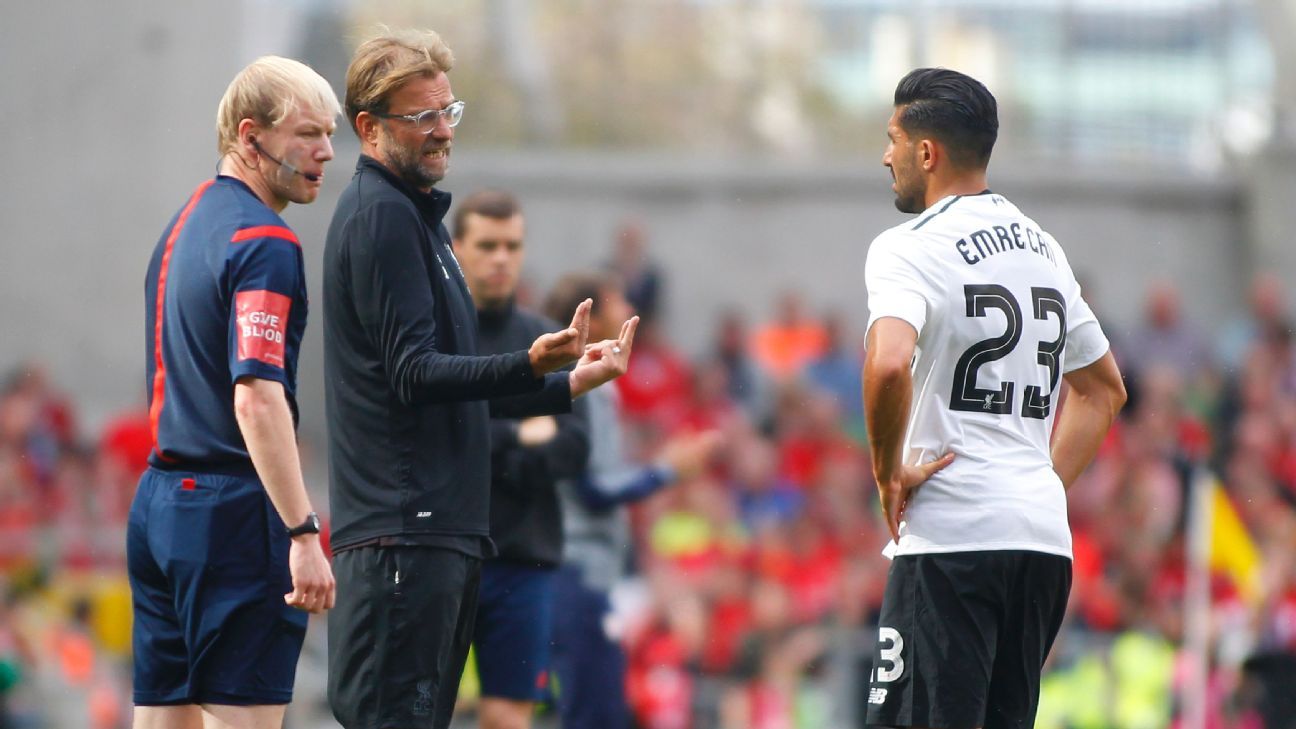 
SINSHEIM, Germany — Jurgen Klopp admits Emre Can entering the final 12 months of his Liverpool contract is “not perfect.”

Can’s deal at Anfield runs out next summer and negotiations between his representatives and the Merseyside club remain ongoing.

Klopp is confident the Germany midfielder will commit his long-term future to Liverpool and does not feel the uncertainty around his future is affecting his performances on the pitch.

“So far there is no signing and that is the situation,” Klopp said. “We are still in talks.

“Do I think it is too cool that we didn’t fix it so far? No, to be honest, but it is all OK at the moment and we have to take it like this.

“His mind is not elsewhere. It is an important contract for him at his age. I am 100 percent sure that we don’t sell the player now in this situation. Not a player from the first-team lineup for sure.

“He will play here for the next year that is for sure. All the rest we have to see.”

In May, Klopp said he was optimistic Can would pen a new deal, adding that the two sides of the negotiation had “big respect for each other.”

The Liverpool manager is still keen to tie the 23-year-old down and says the player himself wants to stay on Merseyside.

“In Germany these kind of pressures come up one year before the contract ends. In England it is two years before,” he added. “Last year there was no real readiness for negotiations but this year we have talked.

“It’s clear we want him and he also wants to stay. It is about a few little details.

“It’s not about having to make a decision about bringing in another player in the same position, the same size, the same skills.

“Emre is on a good way. He has really improved in a lot of parts and is a really important player for us. He can play different positions.

“The situation is not perfect, I would prefer that he has already signed, but I am still positive we can find the right solution for both sides.”