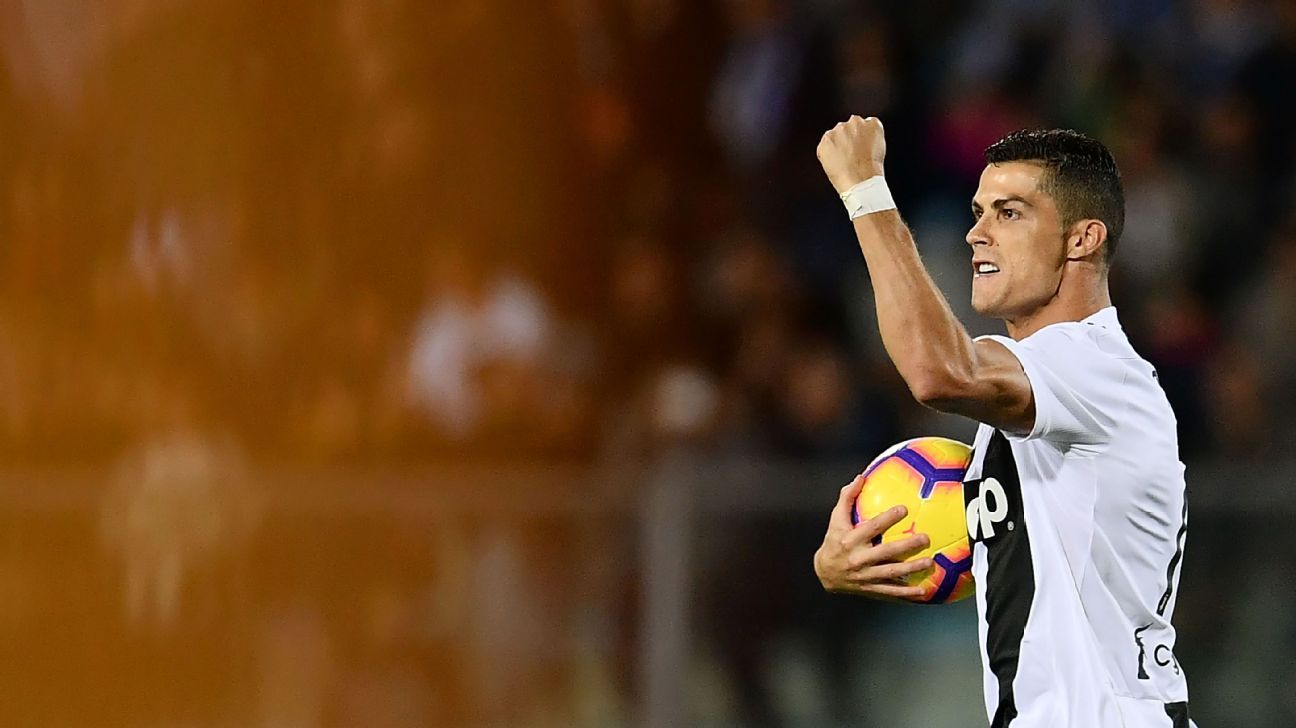 
Cristiano Ronaldo scored twice, the first a penalty and the second a booming long-range shot, to give Juventus a 2-1 win at Empoli on Saturday after their lowly Serie A opponents took a shock first-half lead.

Promoted Empoli, with one win all season and 18th in the 20-team table, stunned the visitors with a Francesco Caputo goal — the first time Juve had trailed at half-time this season.

But the champions turned the match around after the break as Ronaldo took his league tally to seven and left his side top with 28 points out of a possible 30, seven clear of second-placed Napoli who play on Sunday.

Juventus coach Massimiliano Allegri described Ronaldo’s winner, which dipped wickedly past goalkeeper Ivan Provedel, as “a moment of magic from an extraordinary player.”

He said: “This sort of thing should be shown to kids in football training schools, rather than boring them with theory that prevents them from enjoying training.

“Tomorrow, lots of kids will go out and try and imitate what they saw him do, and they will definitely learn more through that than they will with abstract concepts.”

Juve defender Giorgio Chiellini, who was named in the starting lineup, suffered a problem in the warm-up and was replaced by Daniele Rugani.

Empoli played some enterprising football which belied their lowly position and took a shock lead in the 28th minute.

Afriyie Acquah ran half the length of the pitch and his pass was deflected by Juve’s Rodrigo Bentancur into the path of Caputo, who curled his shot past Wojciech Szczesny.

Miralem Pjanic fired against the post as Juventus came roaring back in the second half and it was no surprise when they equalised in the 54th minute.

Empoli’s Ismael Bennacer lost possession to Paulo Dybala in the box, both went to ground, the referee awarded a penalty amid protests and Ronaldo fired a low spot kick past Provedel.

Sixteen minutes later, the Portuguese forward collected a pass outside the area and fired a dipping, swerving shot past the Empoli keeper from 25 metres.

Allegri admitted that, Ronaldo’s goal apart, it was not the most eye-catching of displays from his team, who have won 12 and drawn one of their 13 matches this season in all competitions.

“Today, it was winning that counted,” he said.

Empoli coach Aurelio Andreazzoli declined to comment on the penalty after his team again failed to get the reward their approach deserved.

“We keep going so close to winning and we get lots of compliments but you don’t get points for style,” he added.