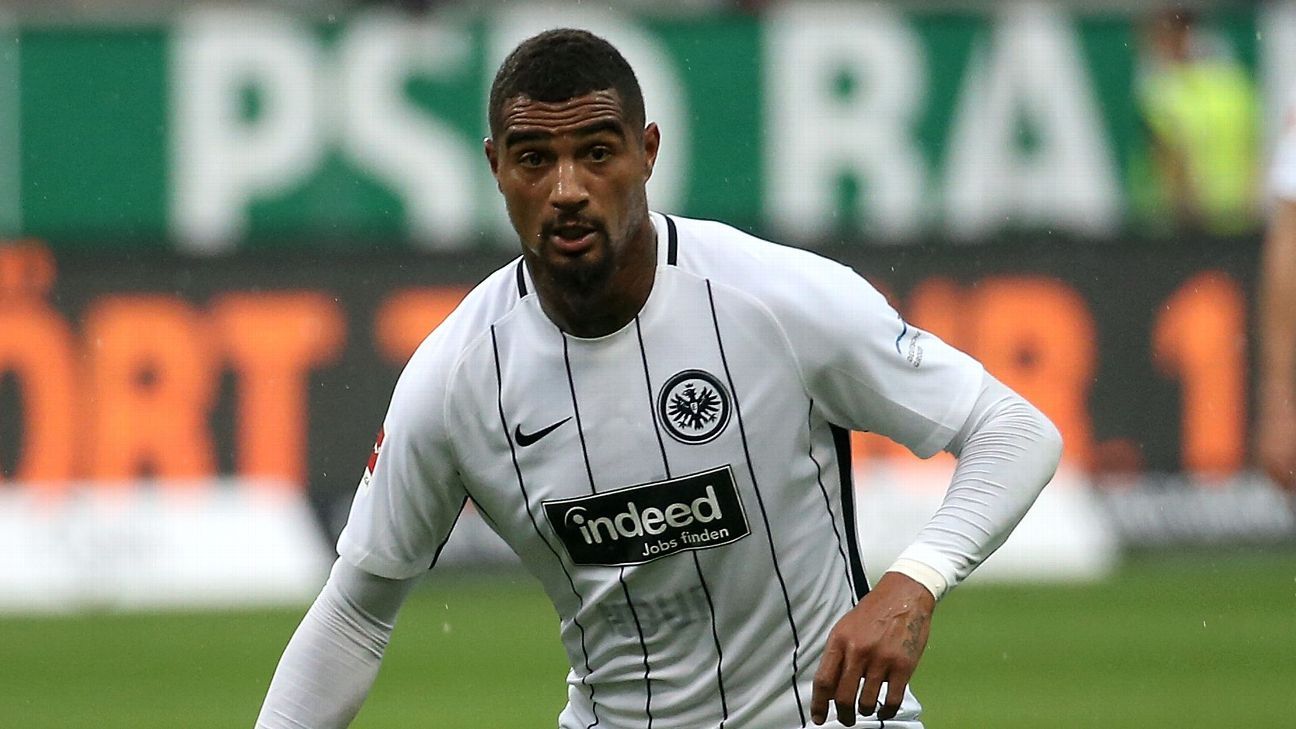 On Saturday, Hertha took a knee ahead of their Bundesliga match against Schalke “to take a stand against discrimination” and support the protests initiated by then San Francisco 49ers quarterback Colin Kaepernick in 2016.

Former Hertha midfielder Boateng, who made international headlines when he walked off the pitch after being racially abused in a friendly during his time at AC Milan, told reporters: “It’s a symbol of humanity.”

Hertha’s show of support was retweeted by Kaepernick and drew worldwide attention, but several German media outlets were critical.

Spiegel Online said it was “irrelevant” while broadsheet Suddeutsche Zeitung called it “an artificial construct for the purposes of ingratiation and gaining an air of importance.” Die Welt, meanwhile, argued that the idea to take a knee had not come from the club but rather a hired PR agency that had been working with Hertha.

Former Ghana international Boateng, who grew up in Berlin and began his career at Hertha, disagreed with the suggestion it had been a cynical move.

“First of all, it’s just very positive because they tried to transport a positive message,” Boateng said. “Many ask what Hertha have to do with what happens in the United States, but I instead see it as a very good move overall and hope that many teams will follow.

“It’s a symbol of humanity.”

Boateng, though, said he was not entirely in favour of the NFL protests taking place during the U.S. national anthem.

“I believe it’s not 100 percent right to kneel during the national anthem, because you have to respect what many have done for this nation,” he said. “I think kneeling prior to the anthem, like the Dallas Cowboys have done, is right.”

Boateng has become a significant voice in the fight against racism in football, giving a speech on the subject at the United Nations in 2013 after the incident at AC Milan earlier that year.

Boateng was said to have left Milan “because of racist incidents,” and he said it remains a problem in the sport.

“It hasn’t happened to me again, but it doesn’t matter if it happens to me or like only recently to a good friend of mine in Italy,” Boateng, who joined Frankfurt from Las Palmas in the summer, said. “Racism is still there. We can’t just close our eyes and act like it’s gone away. We need to do something against it.”